Powerful places you can pay your respects this Remembrance Day

On 11/11 this year we will all pause. We will pause to honour and remember those who selflessly gave their life in the service of our country in worldwide war.

Those in Canberra will take in a service at the Australian War Memorial; one of the most moving war memorials in the world.

The following are some of the most commemorated war memorials to visit around the world. 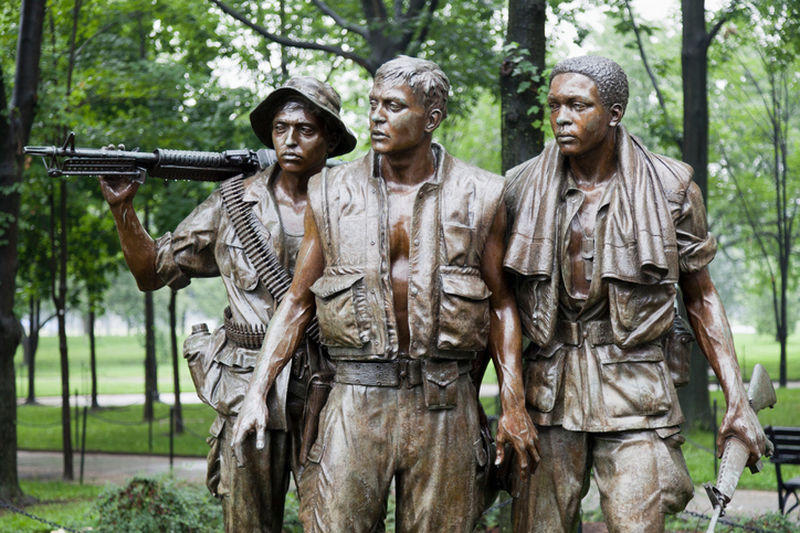 Honouring service members of the United States armed forces who lost their lives in the Vietnam War, the monument is simple yet extremely powerful. It was designed by 21 year old Yale student Maya Lin who was an amateur architect at the time. Her design would beat out some 1,400 applicants including a submission designed by her professor.

The memorial recognizes over 58,000 lives which were lost, their names etched into two 75 metre black rock walls forming a V. As you look into the etched names upon the wall, you are greeted by your own reflection, forcing one to not only honour those fallen but also to look at ourselves to continue their heroism. 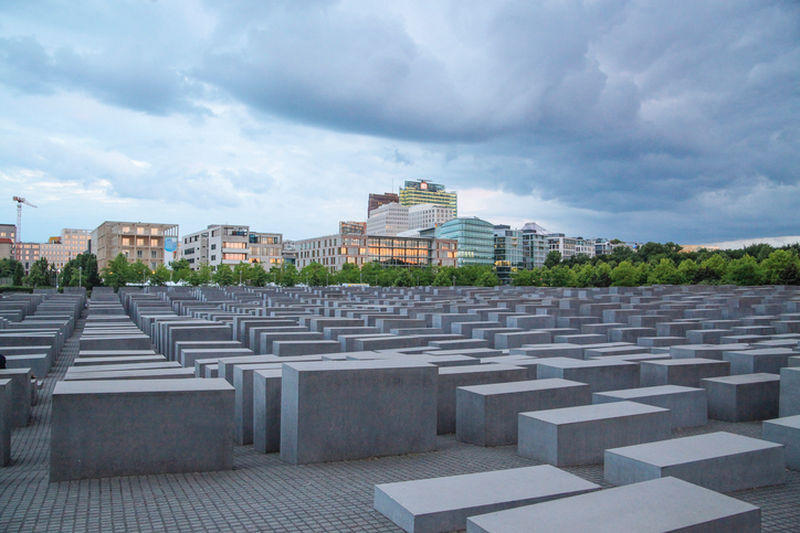 Memorial to the Murdered Jews of Europe – Berlin, Germany

Opened some 60 years after WWII, the Holocaust Memorial stands as a reminder of the millions of Jewish Holocaust victims. The nearly 5 acre site is made up of a maze of 2,711 concrete slabs of varying heights. The creator, Peter Eisenman, is quoted as saying he wanted to create “an illusion of instability in an apparent system of order.”

Learn about the Holocaust and the horrors the Jews faced in concentration camps and remember those who perished via the Memorial’s Visitor Centre. 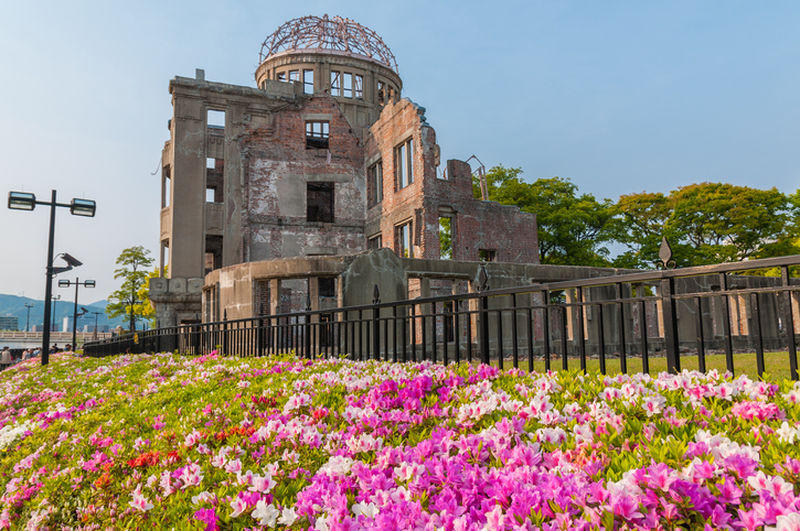 Located in the Hiroshima Peace Memorial Park, the Atomic Bomb Dome stands as a memorial to the 140,000+ people who died from both the blast and radiation complications later on.

Hiroshima was the first city to be hit with a nuclear attack, carried out by the Unites States partly in retaliation to the Pearl Harbor bombings and to bring a swift end to the war with Japan during WWII.

The Genbaku Dome, now known as the Atomic Bomb Dome, was the only structure left standing near the bombs main impact zone. Registered on the UNESCO World Heritage List, the building is situated along the Motoyasu River where vibrant cherry blossom trees light up the spring season. The peaceful and beautiful park of today is a stark contrast from what the area looked like after the blast, a reminder of how precious peace really is. 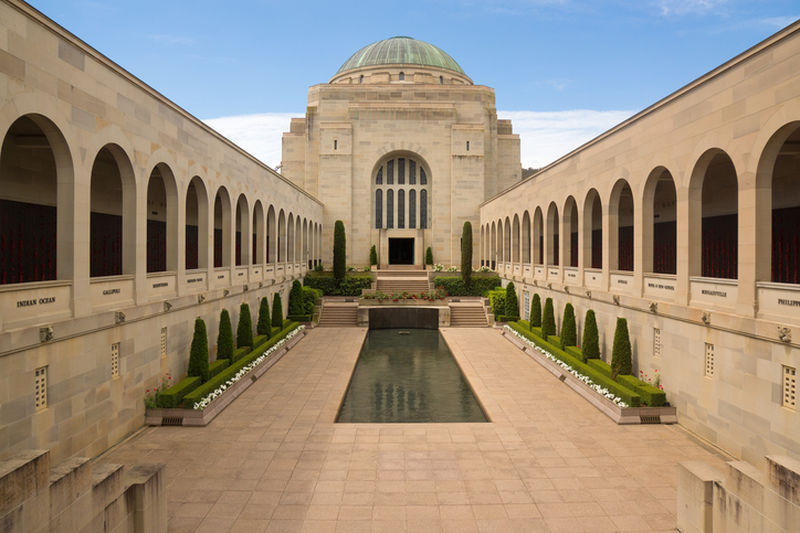 The Australian War Memorial is made up of a museum, a shrine, and a large archive of Australian sacrifice in the name of war. It is said to be one the most significant memorials in the world, being awarded with numerous accolades over the years.

The museum covers Australia’s involvement in major conflicts around the world and the Roll of Honour commemorates the more than 100,000 souls who bravely gave their lives in the service of their country. Each night the Australian national anthem is played along with the Last Post Ceremony which is a bugle call that is sounded, symbolizing a soldier has gone to his final rest. The ceremony is also held during Anzac Day and Remembrance Day ceremonies. 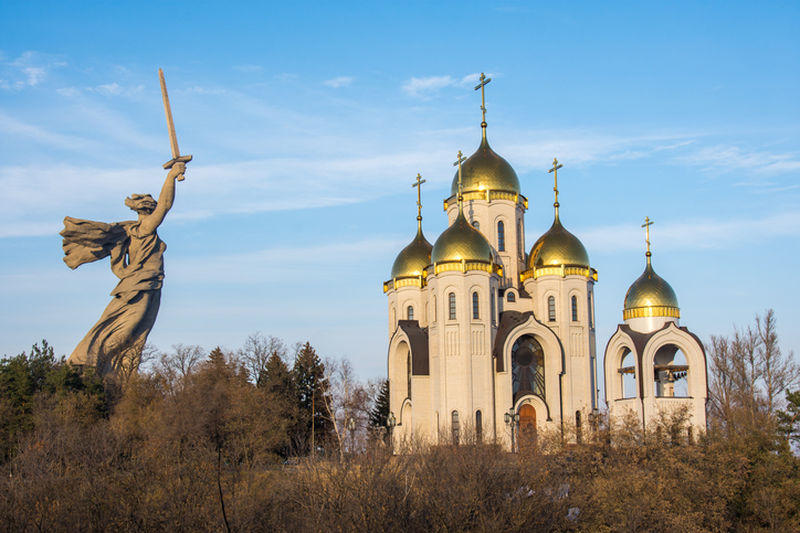 It is Europe’s tallest statue and the world’s tallest freestanding non-religious statue.  Commemorating WWII’s Battle of Stalingrad, the imposing statue of a woman with outstretched arms and holding a sword stands twice as tall as Rio’s Christ the Redeemer. It is a battle in which the Soviet Union defended Stalingrad and defeated the invading Nazis.

There are 200 steps which lead up to the statue, symbolizing the 200 day battle which would become and remain the deadliest single battle in history where it is estimated around 1.5 million lives were lost.

Situated in the location where the twin towers of New York’s World Trade Center Stood, lies the National 09/ 11 Memorial & Museum. The towers were brought down by the Islamist terrorist group al-Qaeda during the 09/ 11, 2001 attacks. Although not directly part of a single war, the four coordinated attacks which killed nearly 3,000 people amplified efforts for the war on terror.

The sight of hijacked passenger planes flying into the two towers is something that will forever remain etched into the minds of people worldwide. In place of where the towers once stood you will now find twin waterfalls which outline the former perimeters of the buildings. These cascade into reflecting pools in which the names of the terrorist attack victims are inscribed in bronze. Through talks, films, and artefacts linked to the events of 9/11, the memorial and museum tell the story of the tragedy and pays tribute to the lives that were lost.

As always, make sure you are covered by comprehensive travel insurance before you travel overseas.