Vivid Sydney and other light shows around the World

Vivid Sydney and other light shows around the world Vivid Sydney will yet again provide the city with roughly three weeks of incredible light displays, live music performances, and notable guest speakers when it kicks off 05/24.

So let’s look at what you can expect out of this year’s program of events as well as other popular light shows around the world you 05/wish to check out this year. 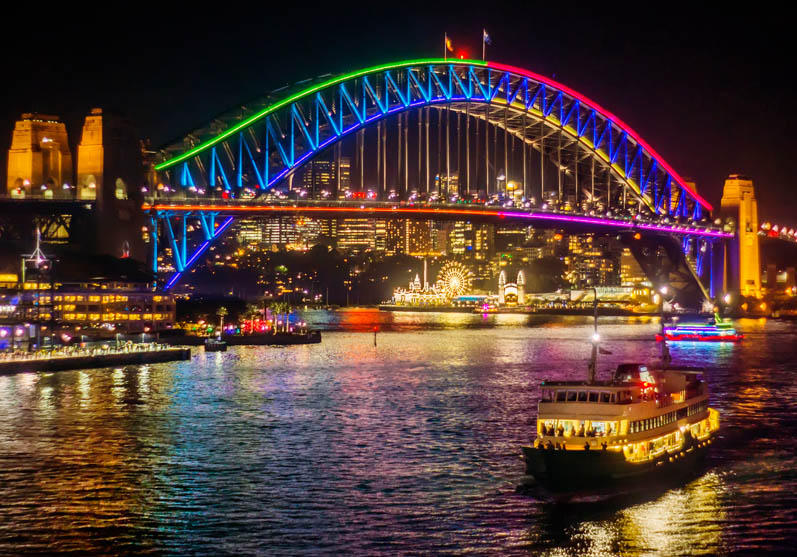 As darkness falls, famous sights and landmarks across the city will be lit up in artistic displays, and many venues including the Opera House and Carriageworks will collectively host over 150 live music performances from artists like FKA Twigs, Hayden James, and Mallrat.

The sails of the Opera House will feature vibrant projections of Australian flora while Lights for the Wild, with its lighted animal projection show, will take over Taronga Zoo. This year’s lighted zoo animal displays include Sumatran tigers, gorillas, and sea turtles.

Sydney Harbour will be lit up with ships that are adorned with LED lights, while creative and thought provoking light installations will be scattered around the city, featuring building projections and lighted sculptures. 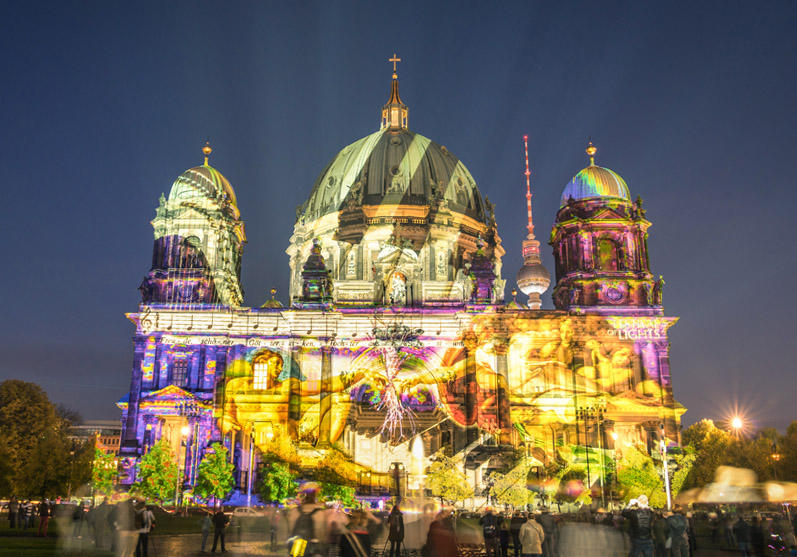 Experience one of Europe’s largest light shows with the annual Festival of Lights held in Berlin.

The festival takes place every October, running for 10 days and attracting around 2 million visitors. The city’s landmarks like the Brandenburg Gate, Victory Column, and Berlin Cathedral will be lit up with artistic projections and colourful 3D video shows.

Visitors can witness the roughly 100 lighted art installations by way of boat tours, horse carriage rides, buses and limousines, or fun lighted bike taxis. This year the festival kicks off 10/11-20. 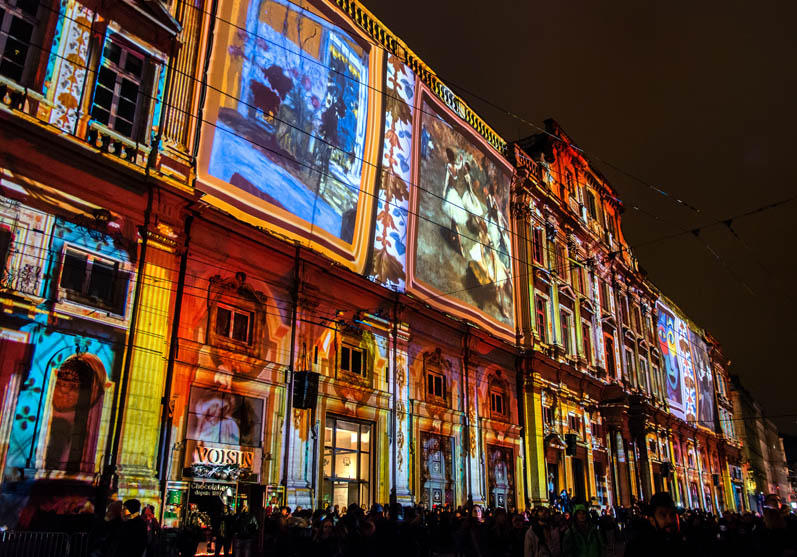 The Fete Des Lumieres, held in Lyon, dates back to the mid 1800s when a statue of the Virgin Mary was placed on Fourvière Hill.

The statue’s inauguration celebration was scheduled to take place on 12/8, but was cancelled due to bad weather. When the stormy weather miraculously cleared during the night, residents took it upon themselves to celebrate by placing candles in their windows, thereby lighting up the city.

The residents of Lyon wanted to honour Mary for sparing their city during a 17th century plague after they prayed to her. Residents continue to place candles outside their windows to this day, but modern light installations now accompany them as well.

Millions of candles are sold for the event and the money collected is donated to various charities. See dozens of light installations scattered around the city, centred around places like the Basilica of Fourvière and the Place des Terreaux.

This year’s Fete Des Lumieres runs from 12/5-8, with the largest celebrations taking place on the final night. 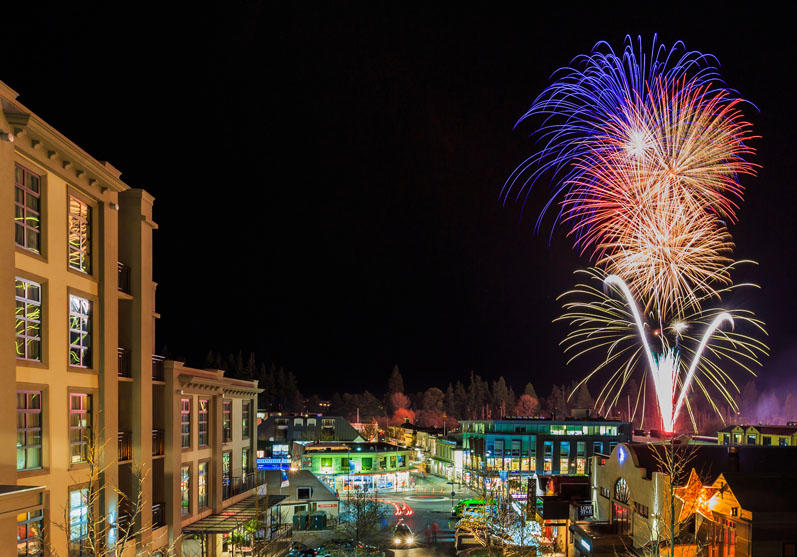 Our next door neighbour New Zealand puts on a stunning light show of their own every year when Queenstown on the South Island hosts the Luma Southern Light Project.

The light show takes place annually on the Queen’s Birthday long weekend in the beautiful botanic gardens that sit along the shores of Lake Wakatipu.

For four nights, the gardens and alpine forests that surround them are lit up with fairy lights, contemporary lighted art sculptures, and light projections that use the trees as a giant natural screen. The illuminations begin each night just after the sun sets and run until around 10PM.

In addition to the magical garden lights, you can enjoy live music and outdoor screenings of movies. The event is rather young, this year being just the fifth anniversary. Look for it to kick off 05/31-06/3. 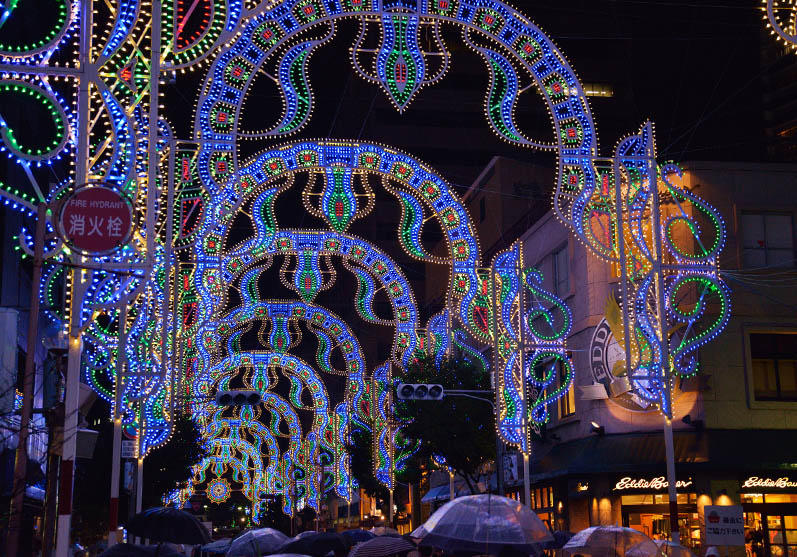 The light show that takes place annually in Kobe, about 30 kilometres west of Osaka, originally began in 1995 when the city was hit with a destructive and deadly earthquake known as the Great Hanshin Earthquake.

Over 200,000 hand-painted lights are put up on buildings that run from Motomachi Station to Higashi Yuenchi Park, acting as a tribute to the thousands of lives that were lost in the earthquake.

The festival was also a way to encourage tourism back to the city. The lights were donated by the Italian government, hence why the festival takes on the name Luminarie, which in Italian translates as an illumination that uses small bulbs.

The streets around the light displays are made pedestrian-only during the night time lighting hours, allowing residents and visitors to safely view the displays. 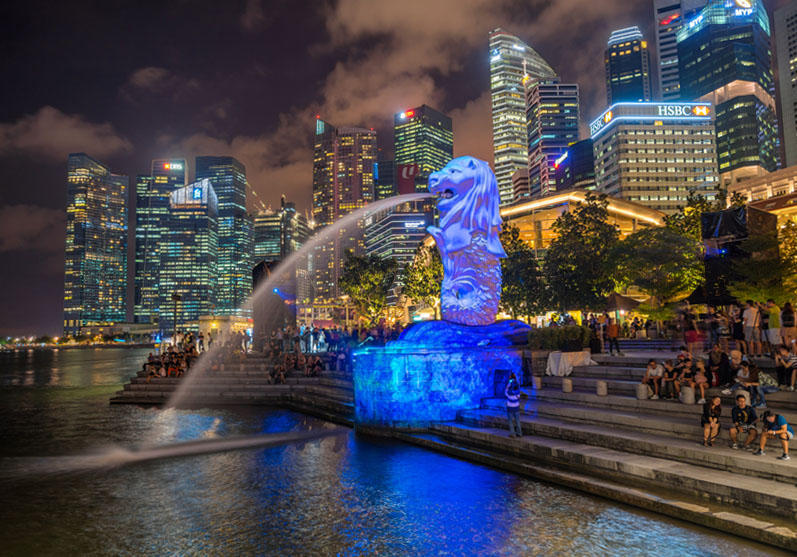 You 05/have missed 2019’s i Light Marina Bay, but Singapore allows visitors to catch several different light shows daily throughout the year.

The i Light Festival usually takes place around February or March each year, and features energy-saving lighting that promotes sustainable living. Numerous light installations are set up around Marina Bay for the event.

The rest of the year, you can catch the nightly Spectra event along Marina Bay, a 15-minute light display consisting of colourful projections, illuminated fountain jets, lasers, and orchestral music. The short show usually takes place a few times during the night starting around 8PM.

On Sentosa, you can catch a similar light show called Wings of Time which is charged, or you can enjoy the free popular event called Garden Rhapsody held around the futuristic-looking Supertree Grove in the Gardens by the Bay.