Unbelievable Places That Could be From Another Planet

The world’s wonders have become exceedingly accessible in recent years, which is definitely a plus for travel lovers. However, the downfall is that as destinations become available to the masses, they tend to lose their magic and mystery.

Many of the world’s “unbelievable” places were kept that way due to only a few rare photographs escaping here and there via magazines such as National Geographic. Nowadays you need only go to social media pages to be flooded with endless imagery from some of the most exotic far flung destinations. This pre-exposure of visual intoxication definitely dilutes our emotions when we ultimately fulfill our bucket list destination dreams.

There are however some places in this world that no matter how many photos or stories we are exposed to, will always remain unbelievable even when we see them with our own very eyes. 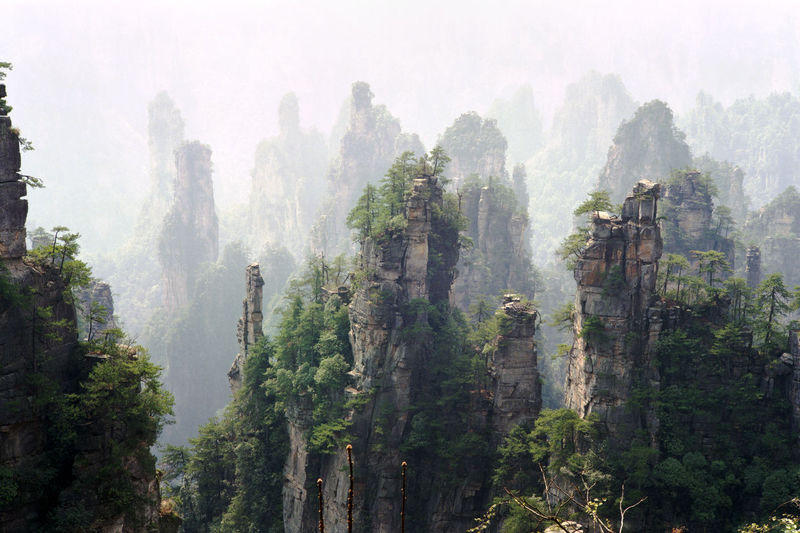 Literally a landscape out of James Cameron’s spectacular and otherworldly movie Avatar, the giant monolithic pillar-like mountains of Zhangjiajie will definitely take your breath away.

This incredible design of Mother Nature warrants only the grandest structural designs of man to match its impressiveness. In the National Forest you will find the world’s tallest elevator, the world’s longest cable car ride, and the highest and longest pedestrian glass bridge in the world. In addition you have the clear glass Coiling Dragon Cliff Skywalk which stands precariously to the side of a sheer cliff nearly a mile up. No photos or videos will ever replicate the feelings that all these structures evoke while being present in this stunning park. 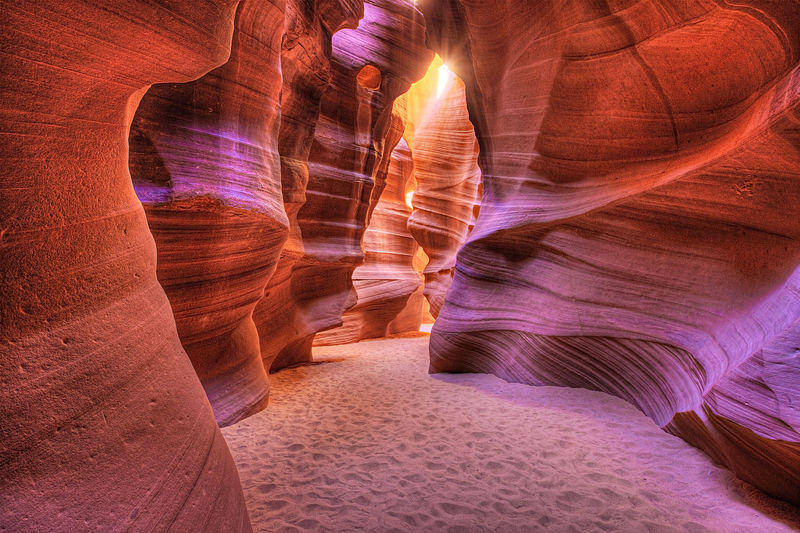 You will feel as though you landed on a different planet when you step inside the slot canyons of this gem. You will get a real sense for the power water can have when you see the formations created in the fiery sandstone.

Reflecting light off the canyon walls makes replicating the true likeness of the canyons nearly impossible making this site one that really needs to be seen to be believed.

Equally impressive and just an hour’s drive away you’ll find The Wave, a sandstone rock formation in which you will need a bit of luck to experience as access is limited to just 20 individuals per day via a lottery system. 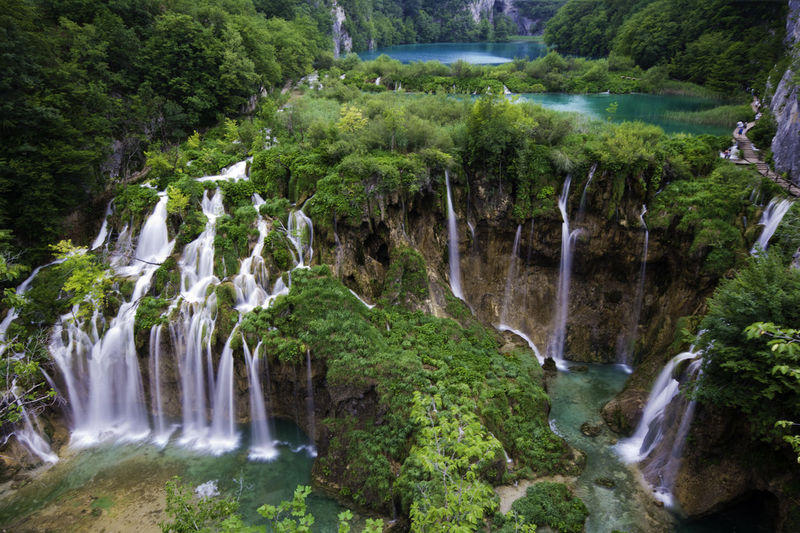 The words paradise and utopia come to mind when you traverse this national park’s cascading lakes surrounded by mountains. One could not photoshop a better example of pristine nature. Vibrant blues and greens are interrupted by enough waterfalls to last a lifetime in one of Europe’s oldest national parks. 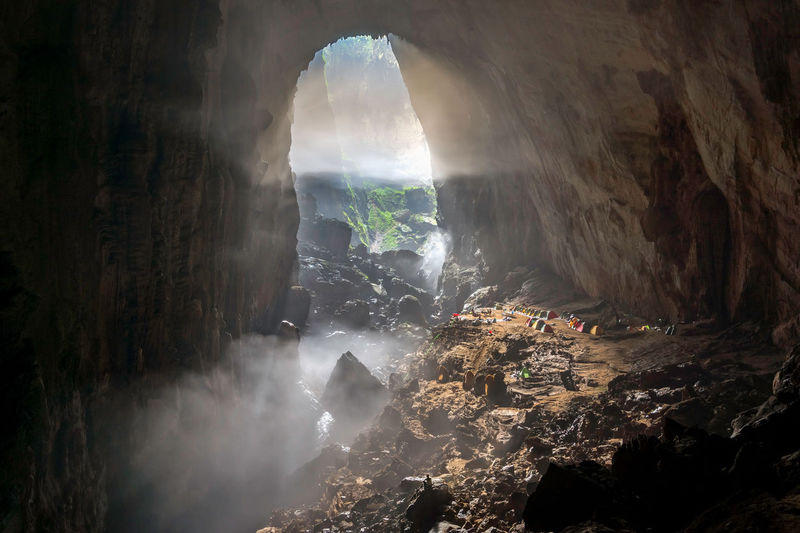 Any cave is impressive but the Hang Son Doong cave goes many steps further in having its own jungle, river, and climate. This massive cave has only recently been opened up for tourism in which limited numbers are allowed each season when the cave is accessible.

More adventurers have stood atop Everest than have set foot within Hang Son Doong. The cave’s primitive essence will definitely challenge visitors who must abseil, crawl, and swim their way through the expedition involved. 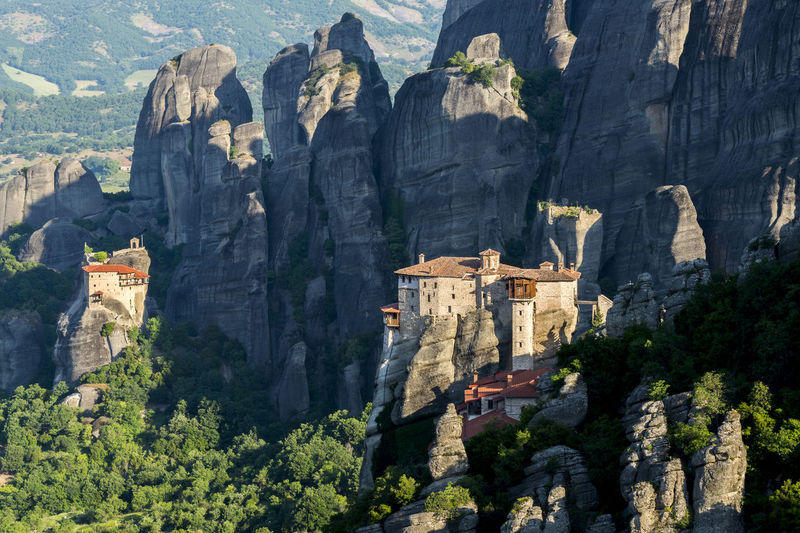 You don’t need to be religious to feel spiritual in this incredible feat of mankind. Massive natural pillars are adorned with six impressive monasteries. How man managed to construct these structures on such vertical cliffs is truly unbelievable.

The isolation that was provided no doubt brought them closer to their God, and no matter what faith you believe in you will definitely feel a deep connection with something bigger than yourself when you step foot in these places of worship.

Looking more like a landscape you would expect in the arctic, the stark white travertine terraces are seemingly misplaced in Turkey’s southwest. The terraces look like waterfalls frozen in time, created by carbonate minerals deposited by hot springs.

The natural wonder is so attention grabbing that visitors almost don’t notice the adjacent well preserved Roman ruins. The combination has made the site a UNESCO World Heritage Site. 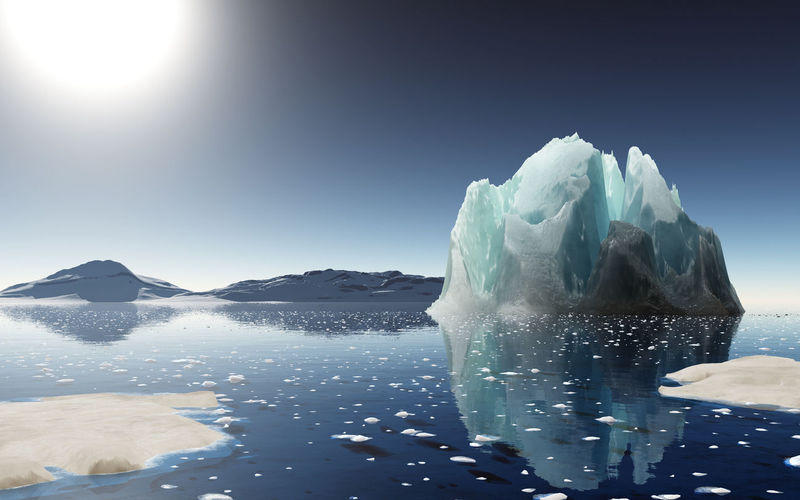 What other place on Earth can say it isn’t truly owned by a country nor has it been tamed by man’s roads and hotels. For the traveler who wants to escape it all, Antarctica offers the greatest sense of isolation.

Setting foot on this continent is an achievement. You will literally be following in the footsteps of some of mankind’s greatest explorers. With no sense of modern civilization, aside from a few basic huts and research stations, it’s a place that is truly unspoiled.

With wildlife found nowhere else, harsh weather, and landscapes right out of the ice age, it is the ultimate unbelievable destination. The best way to travel to Antarctica is by cruise (they most commonly depart from Ushuaia in Argentina) – this allows you to follow in the footsteps of historic explorers, however without experiencing the incredible hardships they were forced to face. Cruise operators offer luxury ships, skilled expedition guides, and a range of adventurous activities / guided tours once you arrive to the continent.