Tired of hearing about and seeing photos of the same old destinations over and over? The world is getting smaller and smaller and this means many of our treasured holiday spots have become overrun with tourists, have gotten too expensive, or are simply just getting a little boring.

Thankfully the world is still big enough to hide a few secrets. Whether you are looking for alternatives to your usual holiday go-to destinations or just want to explore somewhere that few others have been, let these secret spots inspire you to break away from the rest of the crowd.

Although these travel spots 05/secret, what shouldn’t be is the fact you should always protect yourself with comprehensive travel insurance. Even the most hidden far flung destinations are not immune to travel accidents and mishaps. 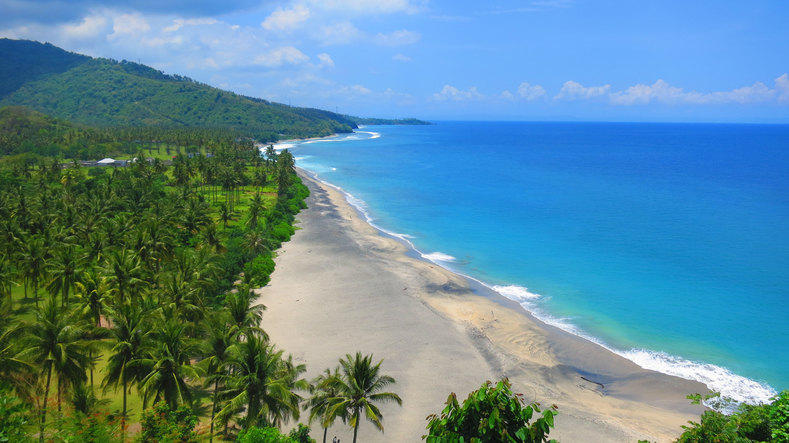 Just about every Aussie knows of Bali, but few travel to its next door neighbour, Lombok. Just like Bali, Lombok offers an incredible paradise where you can find beaches which are actually more beautiful and pristine than Bali can offer. Lombok even has its own Kuta Beach which is of course Bali’s number one beach resort destination. What Lombok doesn’t have are masses of tourists. Those wanting to get away from the party scene can rejoice as Lombok is fairly free of this, although those who do care for a bit more action can head out to the Gili Islands just a 20 minute boat ride of the northwest coast of Lombok. Lombok is known as the land of 1,000 mosques, offering incredible architecture around every corner. They also have waterfalls, Mount Rinjani volcano, a pink beach, and unbelievable surfing. Lombok is an incredible alternative to the over-travelled island of Bali and a good substitute for when Mount Agung is threatening eruption on Bali. 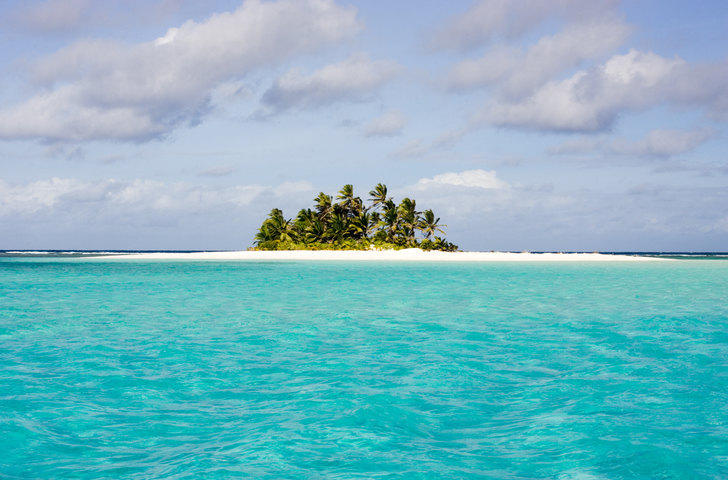 Did you know that Australia has its own Maldives? Way off the west coast of Australia in the Indian Ocean are 27 islands, only 2 of which are inhabited. These make up the Cocos Islands or Keeling Islands as they are sometimes referred as. Cossies Beach located on Direction Island, was recently crowned Australia’s best beach.

The islands are home to a wide variety of marine life including manta rays, sharks, green sea turtles, dolphins, and even dugongs. Incredible dive sites are plentiful and you 05/even glimpse a massive whale shark much like in the Maldives. It 05/not have the 5-star luxury of Australia’s Hamilton Island but it abounds with stunning scenery and adventure. Best of all you don’t need to even bring your passport. Accessibility has increased dramatically with flights being offered several days per week via Perth which does a stopover on Christmas Island. Despite the increased accessibility, the islands have stayed largely untouched and off the tourism radar for now. 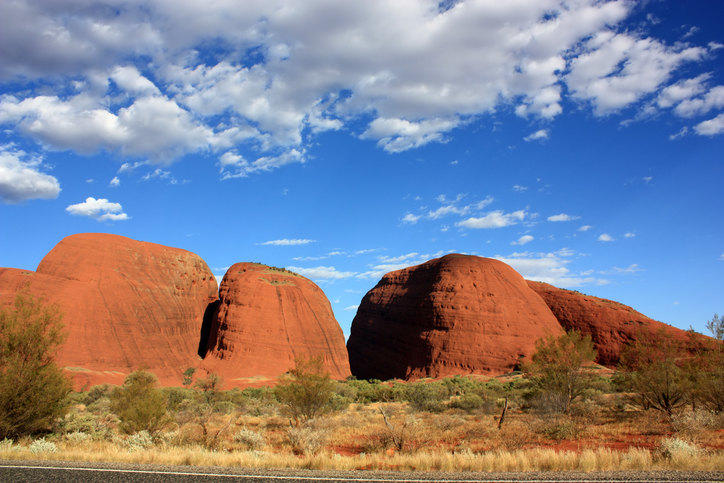 Uluru 05/be one of Australia’s most iconic and visited landmarks but few visitors to the area ever take the time to experience Kata Tjuta despite being part of the National Parks name, Uluru-Kata Tjuta National Park. Uluru is flooded with tourists from all over the world and while it 05/be a spiritual and worthwhile experience, a visit to Kata Tjuta will give you just as impressive scenery very similar to Uluru where you can enjoy hiking trails nearly all to yourself. Whereas Uluru is a single monolithic rock formation, Kata Tjuta (The Olgas) consists of 36 orange hued rock domes. Mount Olga rises 546m into the sky making it considerably higher than Uluru and is more than double the size in circumference. With the news of climbing Uluru to be banned in 2019, Kata Tjuta offers fewer restrictions when it comes to hiking upon the rocks.  Enjoy hiking the 2.6km Walpa Gorge walk, the stunning 7.4km Valley of the Winds walk, or simply take in the Kata Tjuta Dune viewing area. You can find Kata Tjuta about 30km from Uluru which takes less than an hour’s drive to reach. 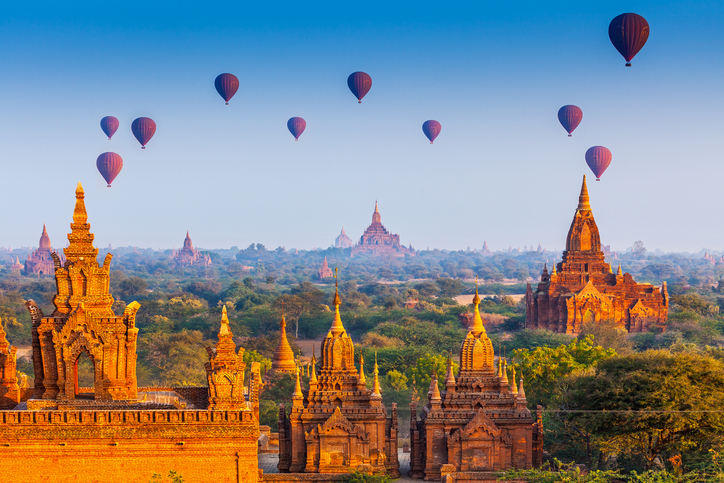 Who wouldn’t want to go to Thailand as it offers stunning tropical beaches, temples, endless nightlife, and world class shopping. The drawback with Thailand is most Aussies have either already been or have seen so many photos from friends who have travelled there that they feel as though they have been there themselves. Why not try its western neighbour Myanmar for a true adventure away from the huge numbers of tourists in Thailand.

Visit Bagan which showcases the remains of over 2,200 temples and pagodas left over from the 11th-13th centuries, when over 10,000 were built. The country also offers numerous white sand beaches along its nearly 2,000km of coastline, all void of large numbers of beachgoers and partiers. While Thailand sees over 30 million tourists annually, Myanmar’s tourism numbers stay in the low single digit millions. Its culture is unspoilt and a holiday in Myanmar can actually be had for much cheaper than even Thailand can offer. 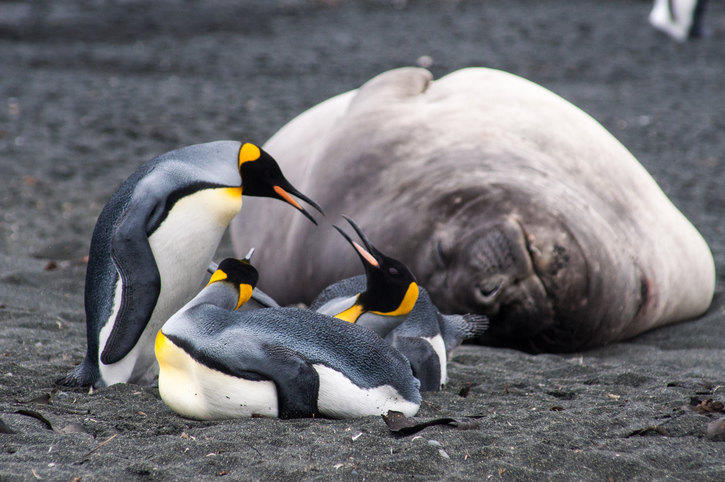 Craving to tick off the massive bucket list destination of Antarctica but don’t quite have the funds to do so, try Macquarie Island. Cruises to the Antarctic Peninsula via Argentina as well as Antarctic cruises departing from New Zealand can set you back a small fortune, but you can get a taste of what Antarctica is like for a fraction of the cost.

Macquarie Island is a subantarctic island about halfway between New Zealand and the great white continent to the south. A UNESCO World Heritage Site, it is part of Tasmania and managed by Tasmania’s Parks and Wildlife Service.

The island sees over 80,000 breeding giant elephant seals as well as several species of fur seal including the Antarctic fur seal. You’ll also see penguins and a lot of them. Experience the Macquarie endemic Royal penguin as well as the iconic King penguin. You’ll also see scores of rockhopper and gentoo penguins.