Replica cities around the world

It only makes sense that certain lesser known cities around the world would try to recreate the feeling or look of some of our most iconic cities.

Millions of tourists flock to cities like Paris and Rome every year, so why not attempt to steal a bit of the action!

We have rounded up some of the world’s most iconic cities and their notable monuments that have been mirrored elsewhere, and while these replicas 05/not be a replacement for the real thing, they are definitely worth a stop if you find yourself travelling through one of the regions.

Whether you plan on visiting a famous city or one of its imitations this year, you 05/want to stick with authentic quality travel insurance since a fake or even low quality policy won’t do much to help you should your holiday not go according to plan. 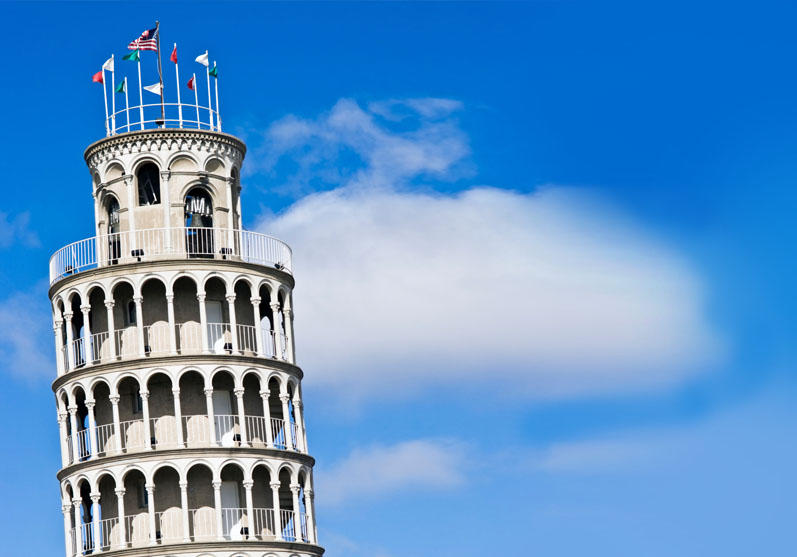 Check out The Leaning Tower of Pisa in Illinois, USA

The small town of Niles in Illinois is a sister city to Pisa, Italy. The town celebrates this by featuring its very own leaning tower much like the iconic Leaning Tower of Pisa.

Standing at a height of about half the size of the original, the Leaning Tower of Niles was constructed in the 1930’s as a clever and more aesthetic way of concealing stored water.

Much like the original Leaning Tower of Pisa, the tower in Niles was in need of repairs and funding was required to restore it to its original glory. Today the site features beautiful fountains, a 30-foot pool, and several very old bells that were cast in Italy.

Recently, the tower was put on the National Register of Historic Places and the surrounding park hosts outdoor concerts during the summer months. 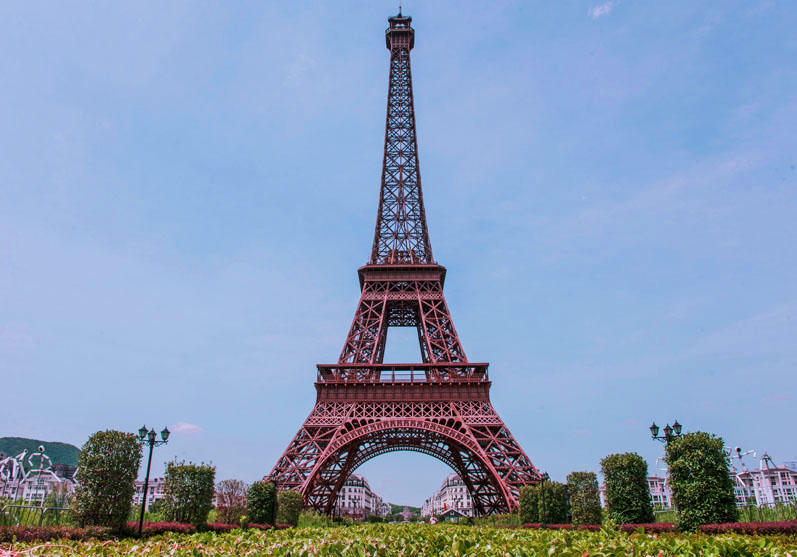 China has a fascination with recreating famous cities and towns from around the world and pumps considerable amounts of money into creating them.

You’ll find a recreation of Austria’s Hallstatt in the Guangdong Province. Hallstatt is Austria’s oldest village and recognised as a UNESCO World Heritage Site.

With a stunning mountain backdrop, serene lakes, and realistic Austrian architecture all around, the recreated town came at a cost of around $1 billion Australian dollars.

Sadly it ended up becoming a ghost town in terms of housing residents much like many of China’s other famous city recreations, but it is still a popular spot with tourists.

China’s town of Tianducheng features a scaled down version of the Eiffel Tower along with Parisian-looking buildings, while a piece of Tianjin has been made to look like Florence, complete with canals and bridges as well as offering shops selling Italian designer brands such as Gucci, Roberto Cavalli, Armani, and Prada.

You’ll also find a recreation of Wyoming’s Jackson Hole in Beijing as well as what looks like an old English town called Thames Town near Shanghai, complete with cobblestone streets and plenty of iconic red British telephone booths. 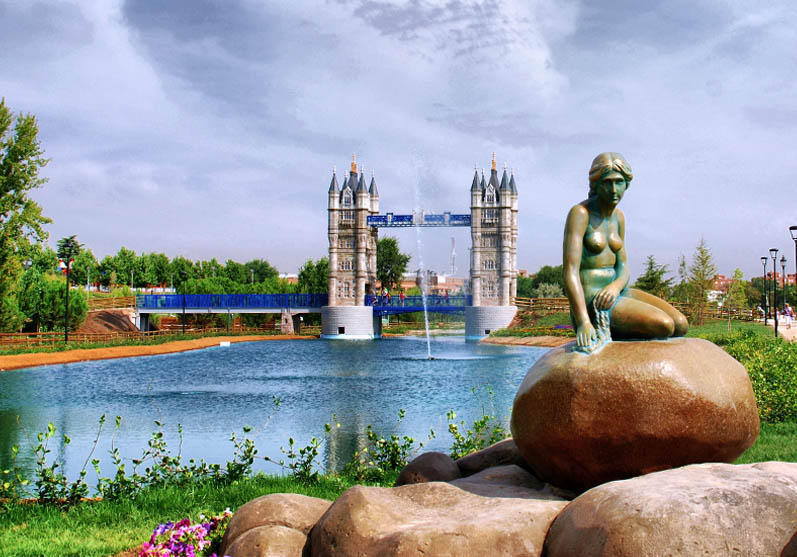 If you’re looking to tour Europe but are tight on both time and budget, Madrid 05/just have the answer.

Parque Europa is a free entry park that allows you to see over a dozen famous European landmarks all in one place. They 05/all be replicas and 05/not be to full scale, but where else can you get a sense of so many notable European cities in a single day.

In addition to the many recreated iconic landmarks, you can also have a bit of fun with zip lines, trampolines, laser tag, and boating on the area’s lakes. 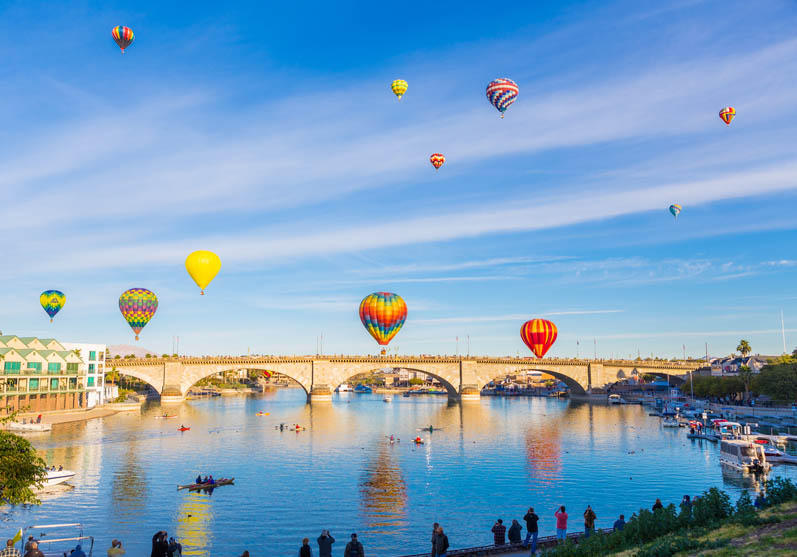 See a bit of London in Arizona, USA

While London Bridge is well known around the world, many 05/not know that there have actually been several bridges named London Bridge that spanned the River Thames.

One of those bridges somehow managed to end up in Lake Havasu City and now spans the Bridgewater Channel canal.

This very bridge spanned the Thames from around the mid-19th century until it was replaced with the current London Bridge that was opened up in 1973 by Queen Elizabeth II.

As it was more economical to rebuild the London Bridge rather than refurbish it, the old London Bridge was auctioned off for a few million dollars to an American entrepreneur named Robert P. McCulloch who actually founded Lake Havasu City.

He had the bridge dismantled in London and shipped through the Panama Canal en route to California, where it was then trucked in to Arizona and pieced back together. Why settle for replicating parts of an iconic city when you simply relocate authentic pieces to recreate the look and feel. 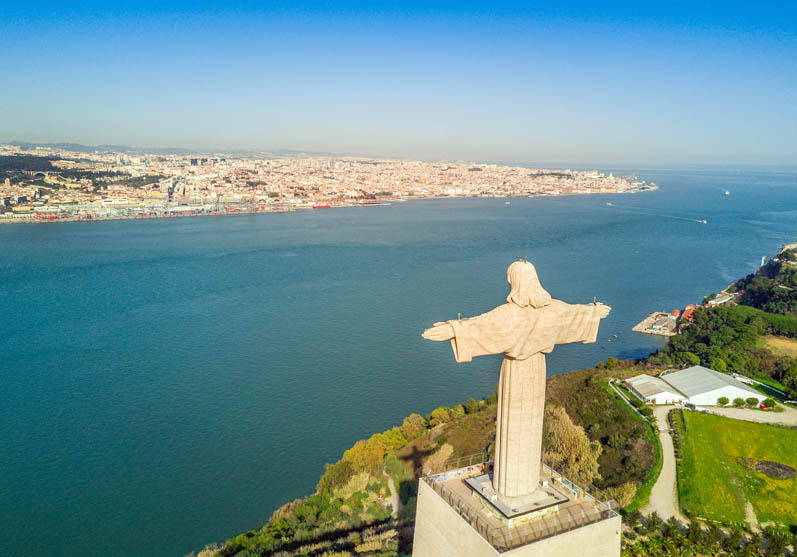 Stand beneath Christ the Redeemer in Lisbon, Portugal

You’d be forgiven for thinking you landed in Rio de Janeiro when passing beneath Lisbon’s Sanctuary of Christ the King.

Similarly set on a cliff top above the sea like Rio’s Christ the Redeemer statue, Lisbon’s version shares a striking resemblance to the original statue that inspired it.

The statue was built in the 1950’s after the Cardinal Patriarch of Lisbon visited Rio and was so captivated by the statue that he requested permission from Portugal’s president to have it recreated within their own country. 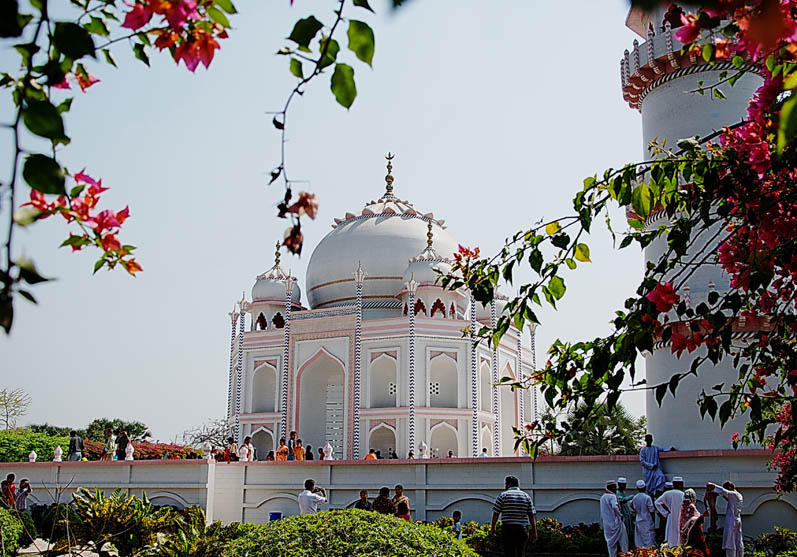 Witness a bit of Agra in Bangladesh

Located along the banks of the Yamuna River in India, the city of Agra is well known for being the home of the extravagant marble mausoleum known as the Taj Mahal.

This UNESCO World Heritage Site was constructed during the 17th century by Mughal emperor Shah Jahan as a final resting place for his beloved wife.

Because this Wonder of the World was not accessible to the underprivileged people of Bangladesh, a film-maker from Bangladesh named Ahsan Ullah Moni set out to recreate the iconic monument in his own country and did so in under five years using the same marble and stone that the Taj Mahal features. The project was criticised by the Indian government but it has allowed the citizens of Bangladesh to catch somewhat of a glimpse of the famed building who would otherwise most likely never have the funds needed to travel to India to see the real Taj Mahal in person.

Construction of the building was completed in 2008 just outside of Dhaka, Bangladesh’s capital. Known as Banglar Taj Mahal, it 05/not be as impressive as the original, nor does it offer the same atmosphere, but the replica’s good intentions are well received by the people of Bangladesh who frequent the site to get a slight taste of Agra without having to leave the country.