The most remote places in the world for a holiday

If you’re more of an explorer than a tourist, you’re probably searching for far flung holiday destinations that few others travel to.

While we 05/have discovered nearly every corner of the globe, there are still a number of remote destinations that elicit adventure by offering authentic cultural experiences along with untouched natural landscapes.

We’ve searched far and wide to bring you a list of remote travel destinations for when a trip to London or Bali jut doesn’t excite you. Whether you’re looking for an exotic island in the middle of nowhere or want to head to the polar ends of the earth, we hope these travel spots will bring out your inner sense of adventure.

With extreme adventure of course also comes a great deal of responsibility and need for prior planning.

Adventure holidays to remote locations can also be rather expensive, so make sure to protect your holiday investment by purchasing quality travel insurance should your plans be disrupted. 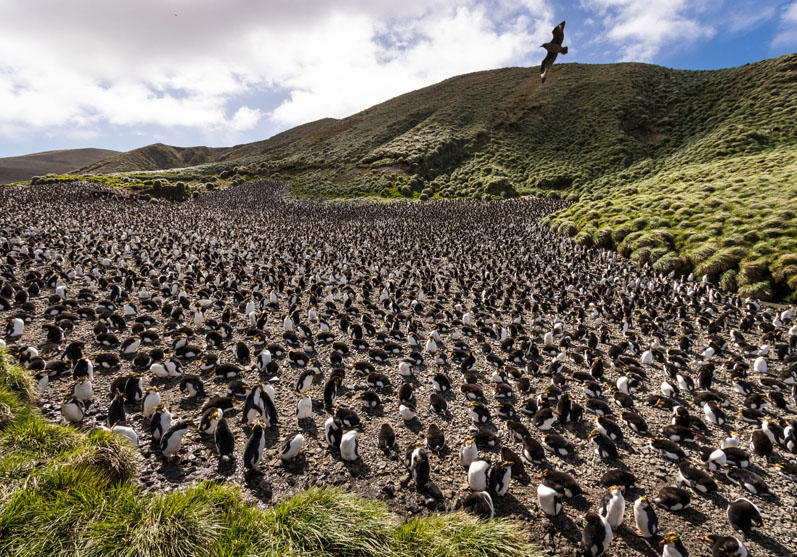 If you’re not keen for the extreme cold or long journey it takes to get all the way to Antarctica but still want to see wild penguins, Macquarie Island 05/be the answer.

Despite being located between New Zealand and Antarctica, this Subantarctic Island actually belongs to Australia and is run by the Tasmanian Parks and Wildlife Service. Most if not all cruises to this UNESCO World Heritage listed island depart from New Zealand and offer the opportunity to see over a million penguins.

Penguin species that call the island home include the endemic royal penguin, king penguin, gentoo penguin, and comical rockhopper penguin. The island is also a breeding ground for giant elephant seals. The only human inhabitants are the few hardy individuals stationed at the research base.

The unforgettable trip to this seldom visited island also usually includes short visits to other nearby fascinating islands such as the Auckland Islands and Campbell Island. 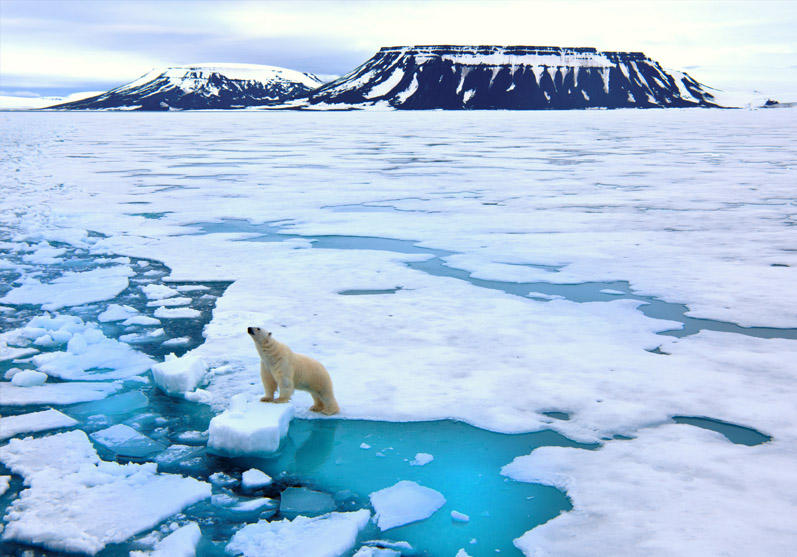 If you’re looking for an Arctic adventure, why not go way north to one of the world’s northernmost settlements.

Svalbard is a Norwegian archipelago that sits isolated in the Arctic Ocean halfway between mainland Norway and the North Pole, Spitsbergen being the largest island within the archipelago.

Most visitors to the region base themselves in the small settlement of Longyearbyen where a range of outdoor adventures are available. Enjoy activities like kayaking, dog sledding, and snowmobiling. Most choose to come during the summer months when it is possible to spot wild polar bears, walruses, beluga whales, and caribou.

Expedition style cruises visit the region between March and August, but winter visits can be a good time to catch the northern lights. 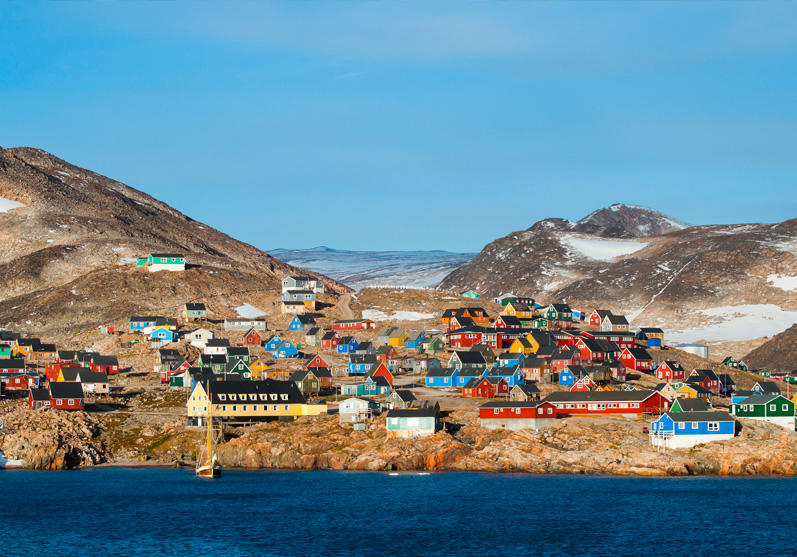 Another remote destination in the Arctic is Ittoqqortoormiit (don’t worry, we can’t say it either).

The small town of only around 500 inhabitants is located in eastern Greenland and is almost as difficult to reach as it is to pronounce. What you’ll find here is the longest and largest fjord system in the world, the surrounding seas being froze over for nine months out of the year.

During the short summer, it is possible to reach the town via a cruise ship or you can fly in from Iceland, taking an adventurous helicopter shuttle into town from the nearby Nerlerit Inaat airport.

Ittoqqortoormiit is said to be the most remote inhabited community in the Western Hemisphere, home to just a single pub and guesthouse as well as a lonely post office.

This is a great destination if you’re looking for some time alone, although you 05/run into a polar bear or muskox. 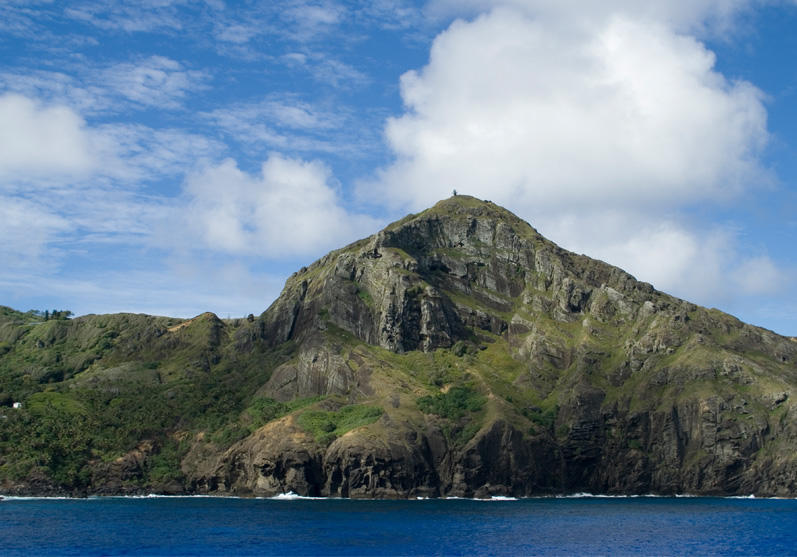 Visit the least populous national jurisdiction in the world by taking a sea voyage to the extremely remote Pitcairn Islands.

Of these four volcanic islands, only Pitcairn Island is inhabited and it’s open for tourist visits. However, getting to Pitcairn is as adventurous as exploring this small South Pacific island.

Travellers must first fly to Tahiti and then board the MV Silver Supporter shipping vessel for a roughly 30-hour voyage to the island. Recognised as a British Overseas Territory, there are a number of home stay experiences available on Pitcairn which will allow you to fully immerse yourself in the unique culture.

The island is home to a number of rare birds that can be observed by taking scenic hiking trails and you 05/also meet the single Galapagos Tortoise which was introduced to the island around 80 years ago. 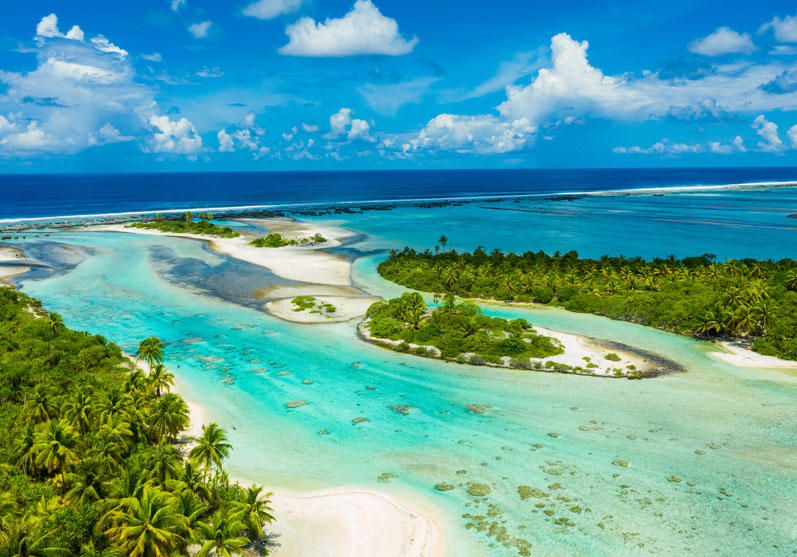 A little more accessible than Pitcairn but still rather remote is one of the world’s largest atolls in the world.

French Polynesia’s Rangiroa can be accessed from several Polynesian islands by flying Air Tahiti. Avatoru is the main village and can be accessed by air, while Tiputa requires a boat transfer.

Rangiroa is one of the top scuba diving destinations in the world, home to approachable bottlenose dolphins, manta rays, and sea turtles. 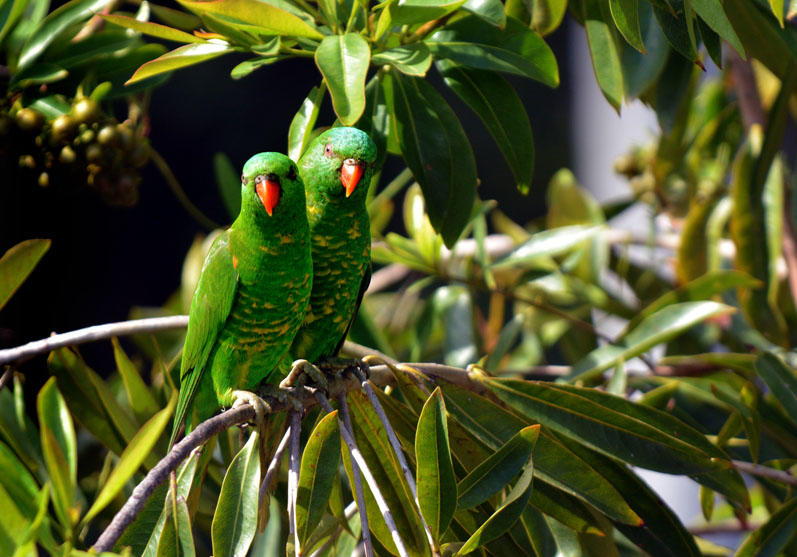 Australia For a remote holiday much closer to home, head to Far North Queensland to tackle the Cape York Peninsula.

The region is home to extraordinary biodiversity and is unlike any other place in Australia. Don’t expect much phone or internet service up here, and careful preparation is needed before heading to the peninsula.

Adventure seekers take 4WD vehicles along the rough Old Telegraph Track while others can opt for the Peninsula Developmental Road which is paved along much of the way. Note that many areas of Cape York have alcohol bans, something you should avoid anyway when travelling to prevent voiding your travel insurance policy.

If you aren’t much of a planner yourself, there are a number of adventurous guided tours that begin from Cairns. 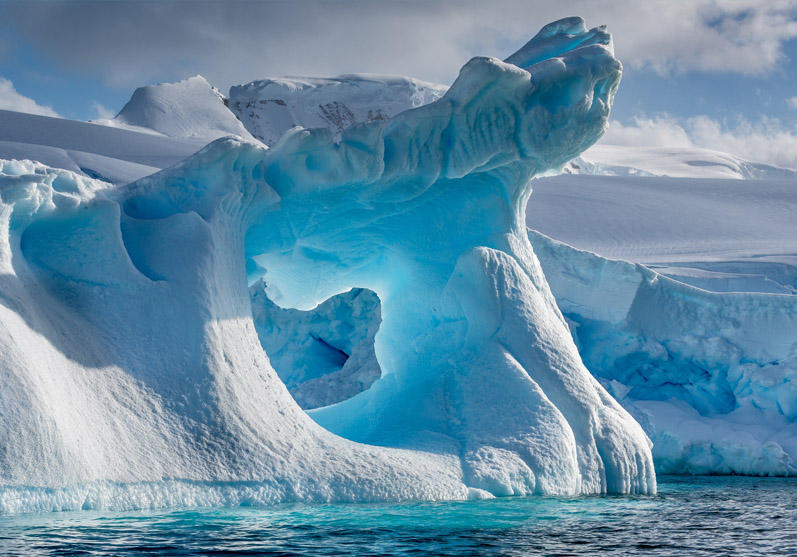 Despite being home to a few research stations, Antarctica is the only continent to not be colonised or largely exploited by humans.

Not so long ago, reaching this icy continent was almost impossible. Today, tens of thousands of people make the incredible cruise journey to Antarctica from the southern tip of South America.

While this 05/seem like a lot of people, only small cruise ships offer the opportunity to actually set foot on the continent. These ships usually contain just a few hundred passengers, meaning you can experience wild penguins, seals, whales, and icebergs without large crowds of tourists.

Brave the bitter cold and the mighty Drake Passage as you head to the Antarctic Peninsula and surrounding islands, walking in the footsteps of legendary explorers like Shackleton and Amundsen. Antarctic visitors today can enjoy visits to research bases, kayaking adventures, and even camping on the ice.

For an even more adventurous journey few people get to experience, cruise expeditions to the Ross Sea region of Antarctica can be arranged which depart from New Zealand.