Best places to cool down: Unique destinations that are not too crowded

10 de December de 2019
Home » Blog » Best places to cool down: Unique destinations that are not too crowded

Summer is back in Australia, and trying to find a refreshingly cool domestic holiday spot can be quite difficult since most Australian capital cities will soon be facing scorching temperatures.

Thankfully, roughly 70% of the Earth’s land area lies in the Northern Hemisphere and this region is just now coming into winter.

Ditch the crowds and do your part to combat the negative impacts of mass tourism by visiting some of these great off the beaten path holiday spots.

Remember to purchase travel insurance to allow you to remain cool under pressure should your travels not go exactly as planned. 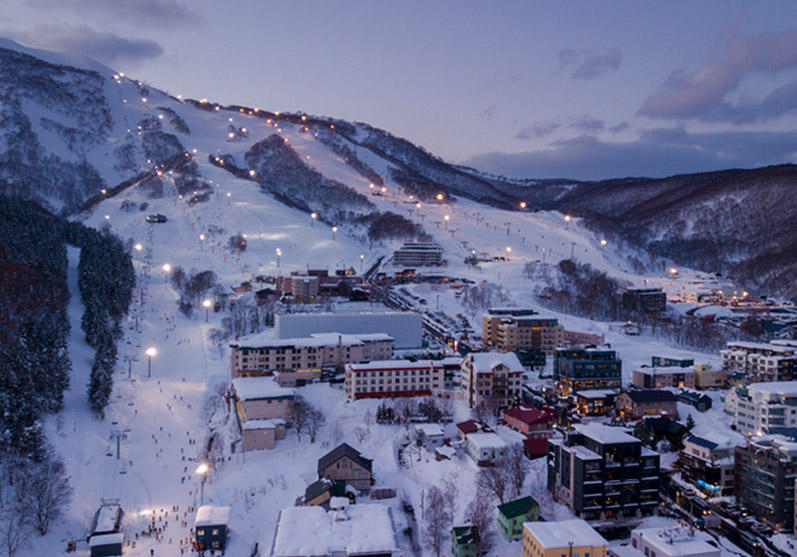 Trade the white sands of Aussie beaches for the white powder of Niseko’s ski resorts.

Found on Hokkaido, Japan’s second largest island, Niseko’s population of around 5,000 is a far cry from Tokyo’s 9 million.

You’ll find ski areas around Niseko situated on Mount Yōtei which has come to be referred to as the “Mt. Fuji of Hokkaido.” Four ski resorts are interconnected and can be skied by purchasing a single pass.

Niseko also offers backcountry ski-courses, something that is a rarity with most Japanese ski resorts. Niseko is one of the world’s snowiest ski resorts, seeing annual average snow falls of around 15 metres which originate from Siberian weather fronts.

A popular spot for Aussies since the 2000s, the local Niseko convenience stores even stock Vegemite and Tim Tams to make you feel right at home. 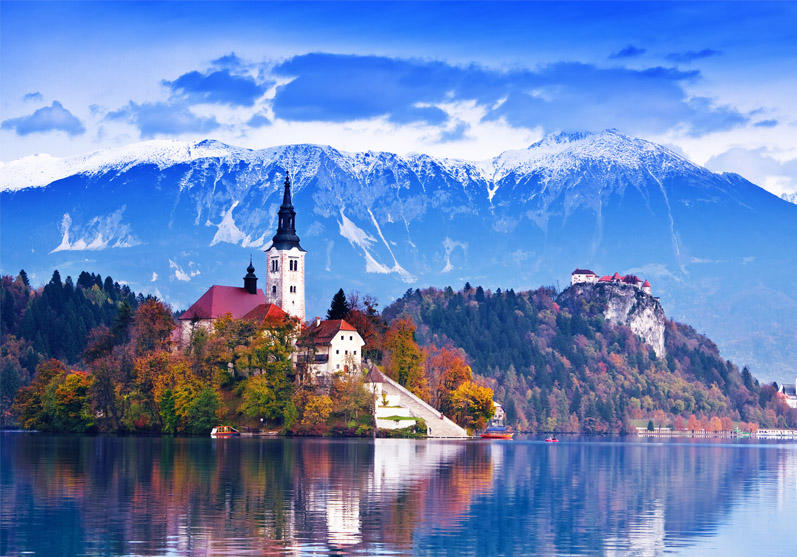 Despite Ljubljana being a capital city, its population is under 300,000 and you’ll find far less people around Lake Bled during winter.

While much of Lake Bled’s tourism comes during the summer months, now is a great time to see the region in all its winter wonderland glory. While temperatures 05/be freezing, there are a number of fun activities to keep you warm.

Try snowshoeing through Triglav National Park, ice skating on the lake, or skiing on Straža Hill which offers two runs suitable for beginners.

Take in the stunning winter views from the chairlift and take advantage of night time skiing opportunities. Be sure to visit the medieval Bled Castle that towers above the lake on the north shore, which is Slovenian’s oldest castle.

You can climb the 99 steps to the church that sits on Bled Island in the middle of the lake. Ringing the church bell is said to bring you good luck.

Don’t forget to sample the region’s delicious desert known as kremna rezina, with its custard cream and puff pastry base. 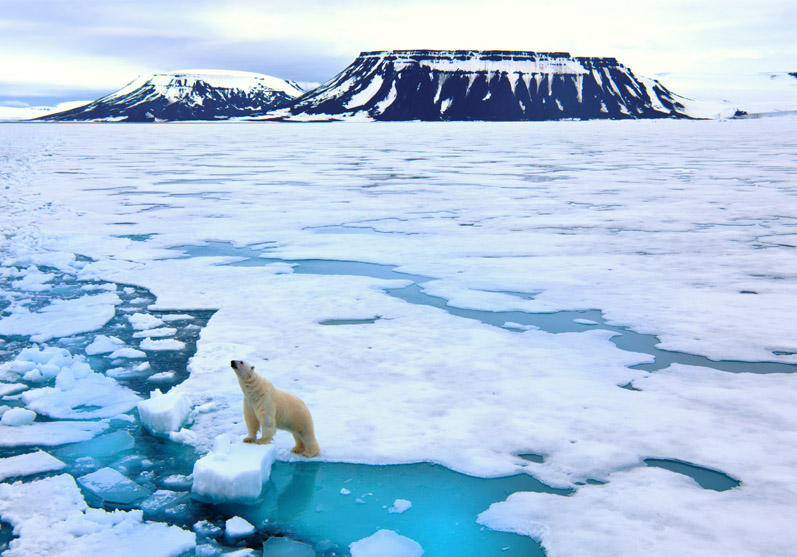 The Norwegian archipelago known as Svalbard sits way far up in the Arctic Ocean.

Here, snowmobiles far outnumber cars and reindeer outnumber the human residents. While this part of the world 05/seem inhospitable, the region is set up for tourism.

Most of the offered activities and outdoor adventures take place on the island of Spitsbergen, in the settlement Longyearbyen. Much of the region’s pristine arctic environment is protected by reserves and national parks.

If you’re looking to spot the few hardy animals that call this place home such as polar bears, walruses, reindeer, and Arctic foxes, you 05/want to wait until May. It is then when expedition style cruise ships start to visit the islands.

You can still visit places like Longyearbyen earlier in the year around February and March, but be warned the sun doesn’t exactly show itself much this time of year.

While February and March aren’t the best for spotting wildlife, it can be good for snowmobiling. Although you 05/still be able to spot polar bear tracks, polar bear safari tours will commence around late April. 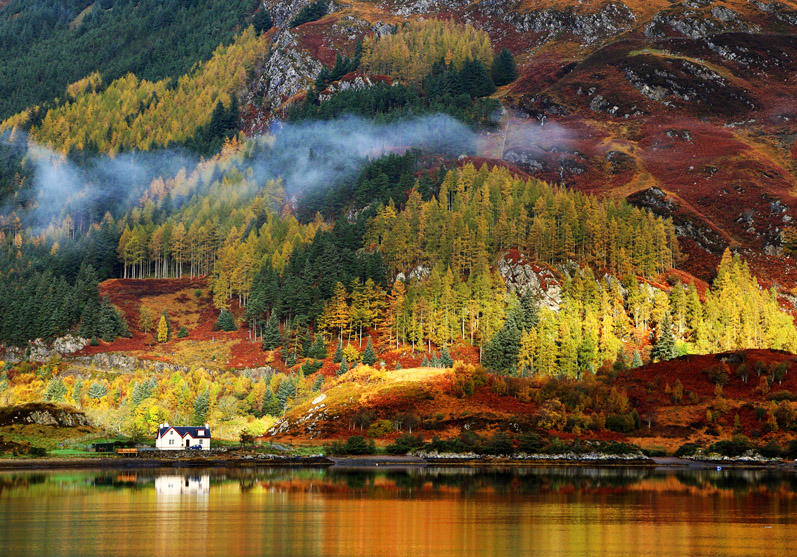 One of Europe’s most sparsely populated regions, you definitely won’t have to make your way through any crowds in the Scottish Highlands.

Dominated by breathtaking landscapes and rich in history, the Scottish highlands are sure to offer you a cool break from the Australian summer.

While most tourists visit the Highlands during their summer months, the region can be just as beautiful in winter. Marvel at the mighty Ben Nevis, the tallest mountain in the British Isles, and be captivated by romantic castles such as Eilean Donan Castle.

Hunt for the elusive Loch Ness Monster or seek out wildlife that is much easier to spot in Cairngorms National Park.

The Cairngorms are also home to the majority of Scotland’s ski resorts including Glenshee Ski Centre, the country’s largest. A number of coastal golf courses remain open all year round and are much quieter during the winter with green fees discounted as much as 70%.

Don’t miss paying a visit to Culloden Battlefield and be sure to make your way to The Isle of Skye, the largest major island in the Inner Hebrides that is home dinosaur footprints, sea eagles, and large red deer. 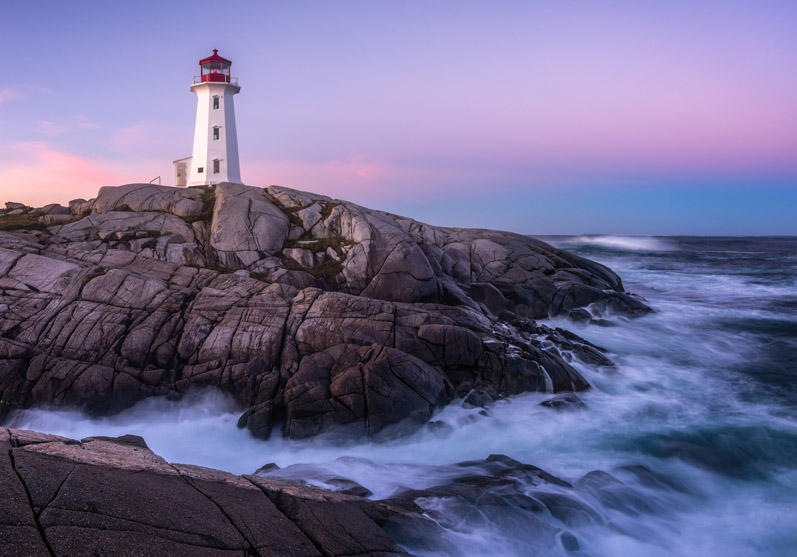 If Sydney, Australia is suffering through 40°C heat, how about heading to a different Sydney with much cooler weather.

Nova Scotia, Canada has its own Sydney and the small community is nothing like the sprawling city our famous city is.

Much like our affiliation with having “big things” scattered across Australia, Nova Scotia’s Sydney has the world’s largest fiddle along its waterfront.

During winter, Nova Scotia offers the opportunity to be downhill skiing one minute and then surfing the next. Just remember to wear a really thick, full-body wetsuit if you plan on catching the chilly waves along Lawrencetown Beach.

Winter is also a great time to spot wild bald eagles, the national bird of the United States just to the south. You can observe eagles at the annual Sheffield Mills Eagle Watch while enjoying some hot pancakes drenched in fresh maple syrup