The oldest cities around the world for history buffs

Many of the world’s most ancient cities have existed for millennia and are home to some of human civilisation’s most stunning monuments.

History buffs need only to hop on a flight to be transported back to a time of gladiators and pharaohs. While many of the world’s oldest cities are sadly located in dangerous regions of the Middle East, which are considered not safe for travel, there are still a great number of ancient cities to explore around the world.

While your travel insurance policy 05/not cover holidays to the many ancient cities found in Syria, Lebanon, or Palestine, there are still many historical gems that can be found scattered across the world’s continents and provide safe and unforgettable experiences. If you need a travel insurance quote, you can get one here. 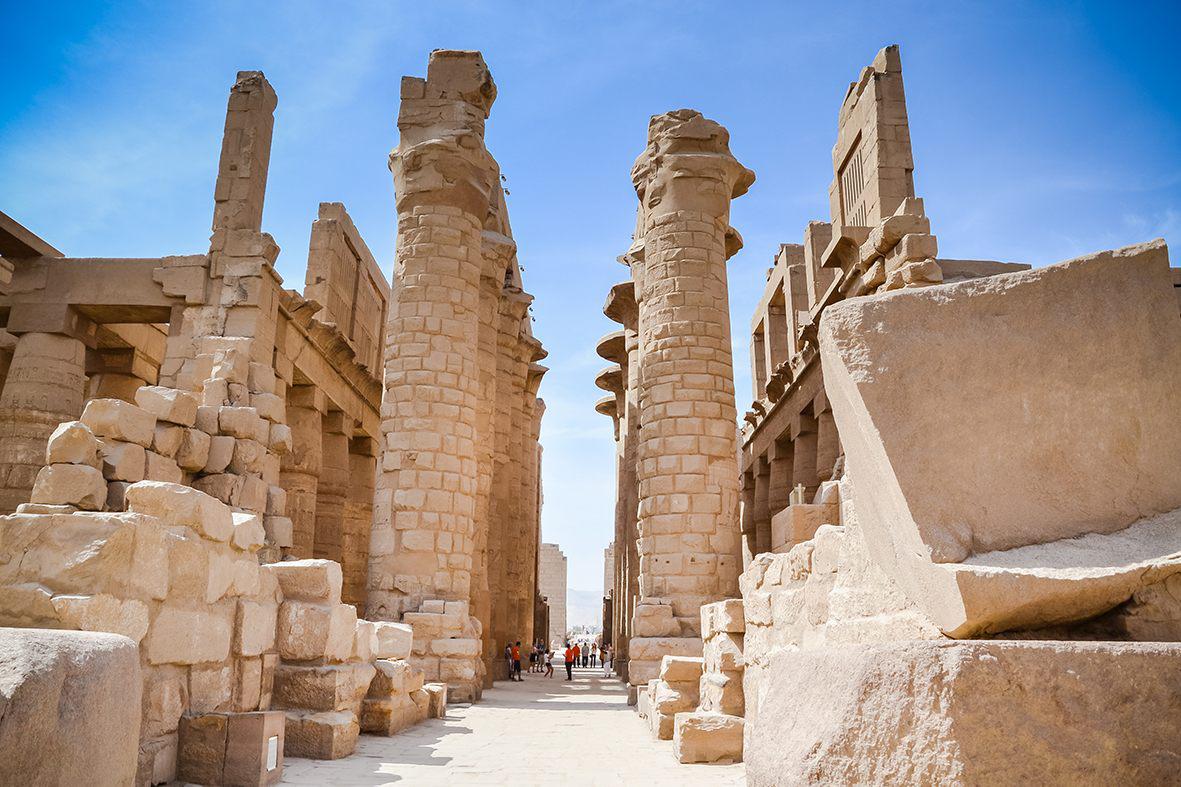 Predating Egypt’s great pyramids, Luxor has been continuously inhabited since around 3200 BC. While Giza and its pyramids receive a lot more attention, Luxor offers one of the world’s grandest open-air museums.

Originally referred to as the city of Thebes, Luxor offers up some incredible monuments for history buffs including Luxor Temple and the Karnak Temple Complex. Some of the most remarkable Egyptian artwork can be seen in the many tombs of the Valley of the Kings.

Of course you’ll also find a Luxor in Las Vegas, but you’ll only find a 30-story hotel and casino there, which dates all the way back to 1993. Our advice is to stick with Egypt. 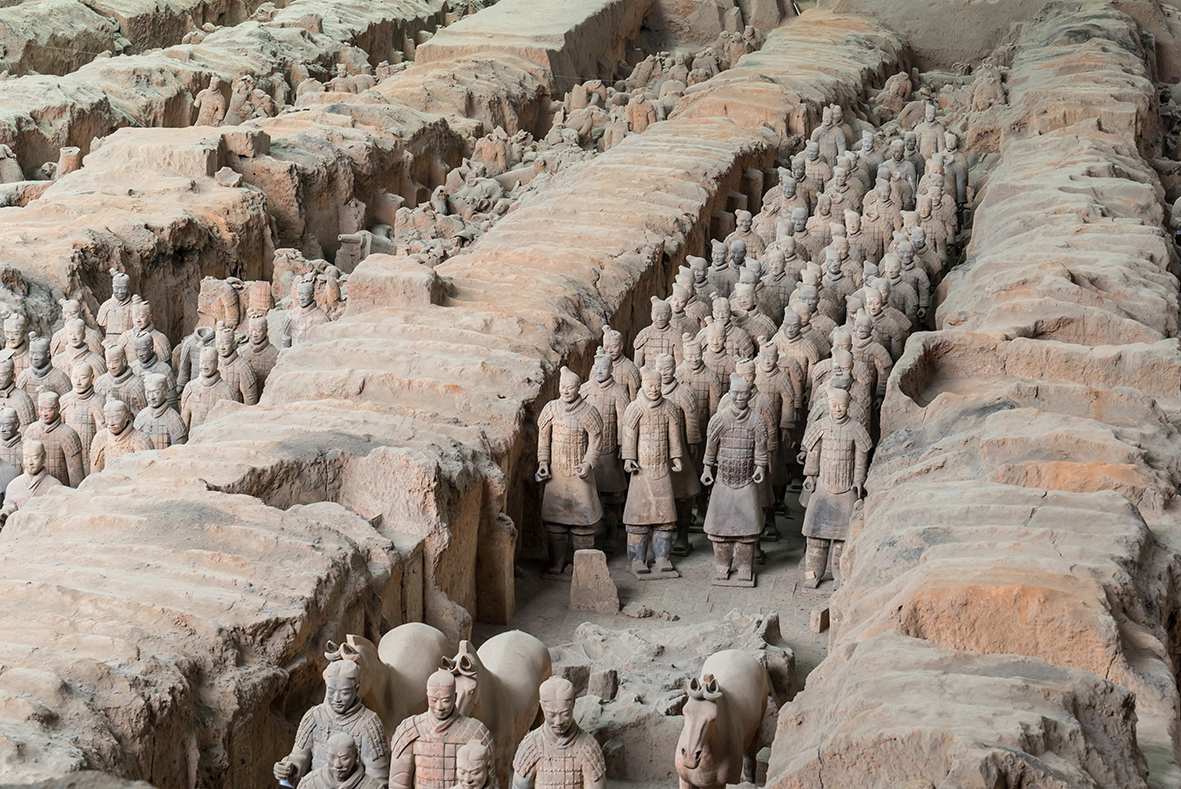 While Xi’an 05/not be the oldest city in China, it is often thought of as the birthplace of Chinese civilisation. The capital city of 13 imperial dynasties, Xi’an is most notable for being the location of thousands of sculptures that make up the Terracotta Army as well as being the starting point for the Silk Road.

Xi’an is the oldest of China’s Four Great Ancient Capitals, and offers the chance to bike or walk along one of the largest ancient military defensive systems in the world, the Xi’an City Wall. Pay a visit to the Shaanxi History Museum to learn the long history of the dynasties that ruled the region. 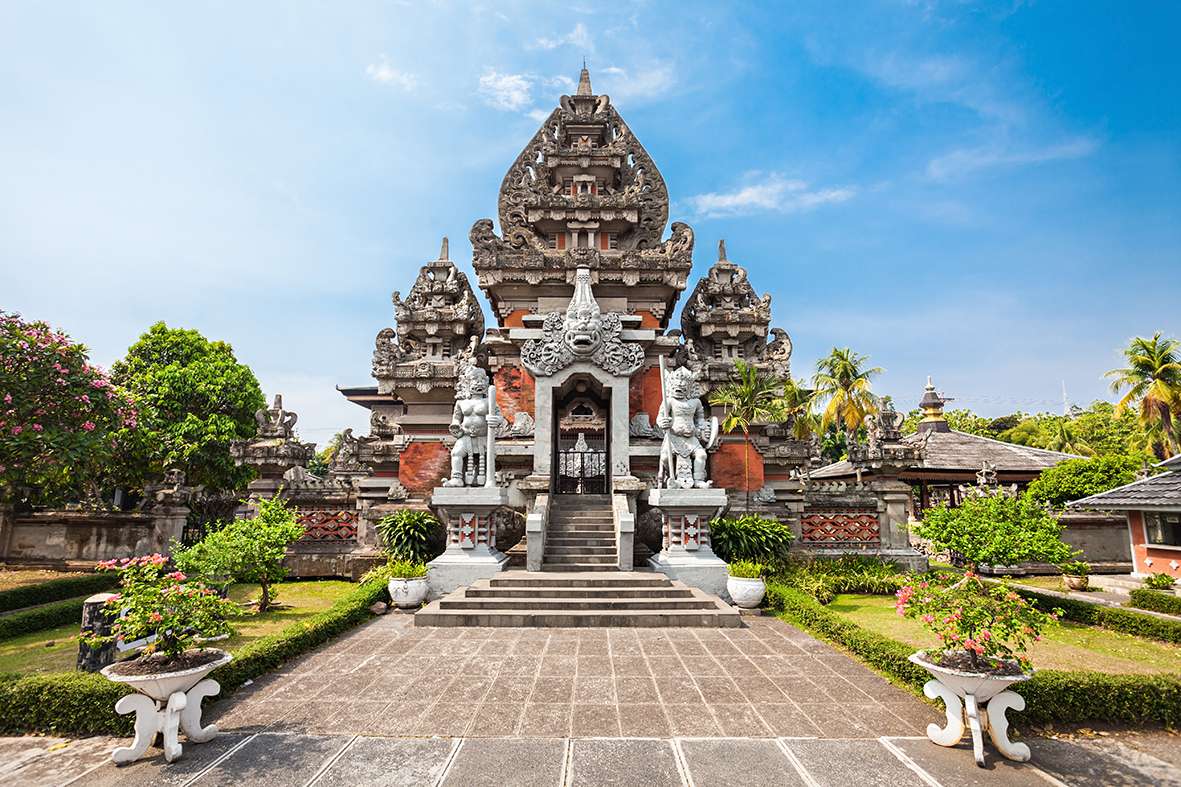 Those wanting to find Southeast Asia’s oldest and largest city need to head to Jakarta. Established in the 4th century, Jakarta was around well before Cambodia’s legendary Angkor Wat.

Visit the historic Sunda Kelapa harbor and the fish market known as Pasar Ikan to get a taste of the authentic culture. Nearby you will also find traditional kampung houses as well as old Dutch East India Company warehouses which have been converted into a museum, bringing Jakarta’s maritime history to life. The Dutch would settle in places like Kota Tua (Batavia) in the 16th century and their influence can still be seen today. 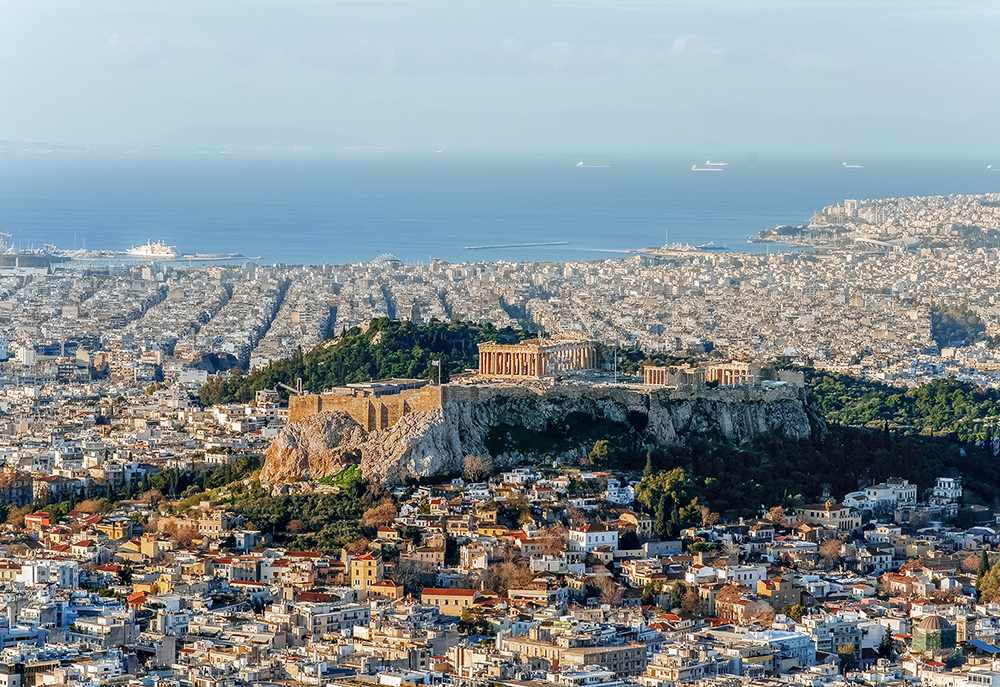 Athens 05/not be quite as old as Greece’s Argos, but its historical sites are some of the world’s best. Even if you’re not into archaeology or history, it’s hard not to be mesmerised by the Parthenon and the Acropolis. You’ll find temples dedicated to the many gods of Greek mythology like Zeus and Nike.

With a history spanning nearly 3,500 years, there is no shortage of sites to transport you back in time to ancient Greece.  Dive further into history by visiting the many museums in Athens including the National Archaeological Museum of Athens, Acropolis Museum, and the Museum of the Ancient Agora. 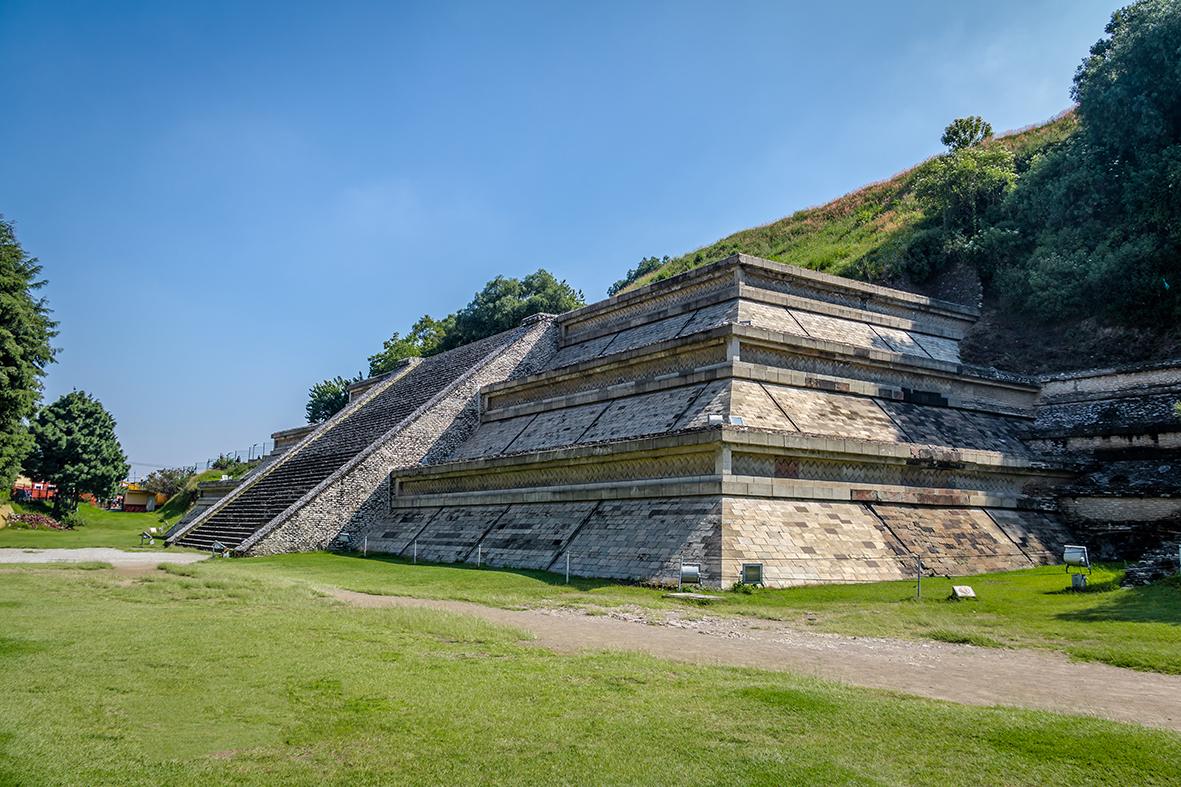 You’ll find North America’s oldest still-inhabited city in Mexico. Cholula is home to the world’s largest pyramid, known as Tlachihualtepetl. The massive pyramid that measures 450m long by 450m wide was dedicated to the god Quetzalcoatl and its construction began way back in the 3rd century BC.

Long before the Spanish arrived in the Americas, Cholula was an important economic and religious centre. You’ll find dozens of historic churches dating between the 17th and 19th centuries as well as the San Gabriel Church founded in the 16th century. Be sure to check out the Pre-Columbian art and artefacts at the Museo Regional de Cholula 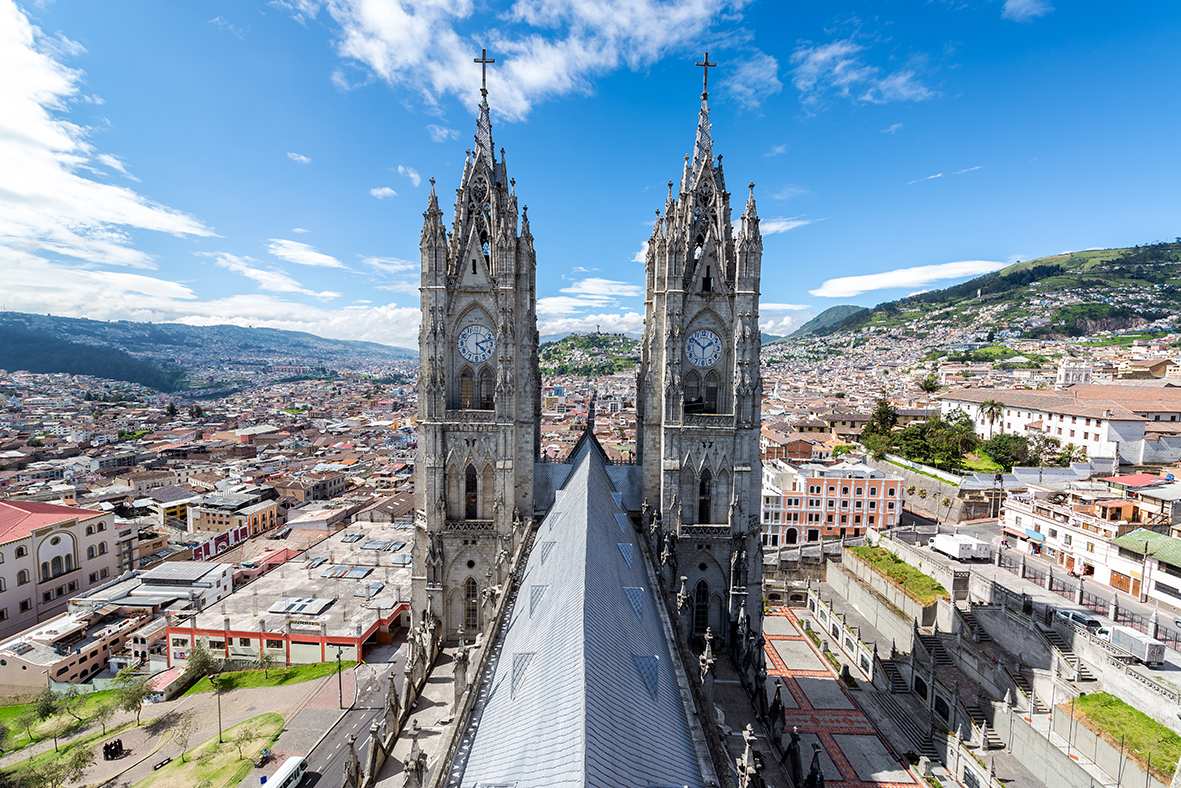 Largely unaltered and extremely well preserved, Quito is South America’s oldest city. The city was one of the first sites to receive UNESCO World Cultural Heritage status. Built on the ruins of an ancient Inca city, Quito is also one of the world’s highest capital cities.

Set yourself up in the historic old town to witness much of the city’s historic architecture. Climb the towers and walk along the spine of the Basilica del Voto Nacional and visit the colourful Iglesia de Santo Domingo.