Born Rolihlahla Mandela, the Nobel Peace Prize winning South African president would later come to be known around the world as Nelson Mandela.

The name Nelson was given to him by an early childhood schoolteacher, as it was customary to give the children Christian names. Mandela would go on to become a South African anti-apartheid revolutionary, as well as the first democratically elected President of South Africa.

Mandela became one of the world’s greatest political leaders and philanthropists. Mandela’s success was not achieved without extreme hardship, his perseverance with his beliefs resulting in him being imprisoned for 27 years.

Mandela is recognised through countless statues and monuments around the world and his legacy lives on through charities like the Nelson Mandela Children’s Fund as well as the Nelson Mandela Foundation which looks to bring freedom and equality for all.

Let us pay our respects to Mandela by celebrating his birthday on 07/18, which has also become known as Nelson Mandela Day.

Here is a list of South African cities where Mandela lived and left a lasting mark. If you plan on visiting South Africa to see these locations for yourself, give yourself peace of mind by purchasing travel insurance in case unfortunate travel events occur. 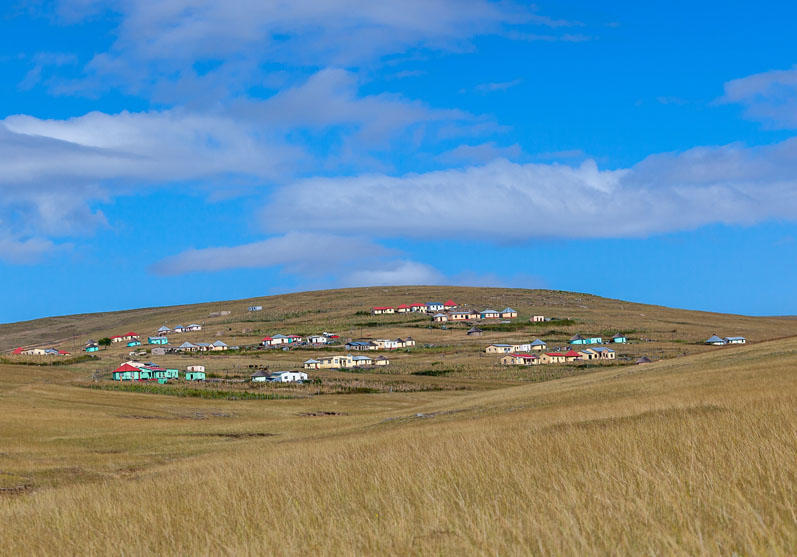 Although Mandela was born in Mvezo, he spent most of his childhood in the nearby small rural village named Qunu.

When Mandela passed away at age 95, he was laid to rest in Qunu on his family’s property. It is in Qunu where Mandela went to school, was given the name Nelson by his teacher, and was baptised.

You can visit the remains of his childhood school and church, along with the famous granite boulders he and other local children would slide down.

Mandela stated that many of his happiest moments in life were experienced in Qunu, and he later returned to the village when he retired.

You can read about Mandela’s Qunu childhood experiences in his autobiography Long Walk to Freedom. 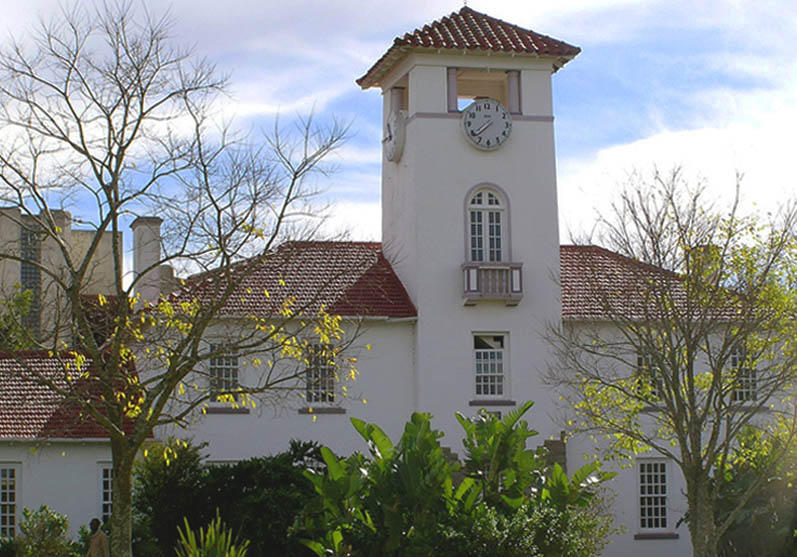 Named after Queen Victoria’s daughter, Alice is the small town where Mandela enrolled at the University College of Fort Hare.

He worked on his Bachelor of Arts degree at the university until he was expelled for engaging in a student protest. Once a British fort, the university was included in the apartheid system.

Many of its alumni became anti-apartheid and human rights activists, including Nelson Mandela and Desmond Tutu.

He would end up completing his degree at the University of South Africa before returning to Fort Hare for his graduation. 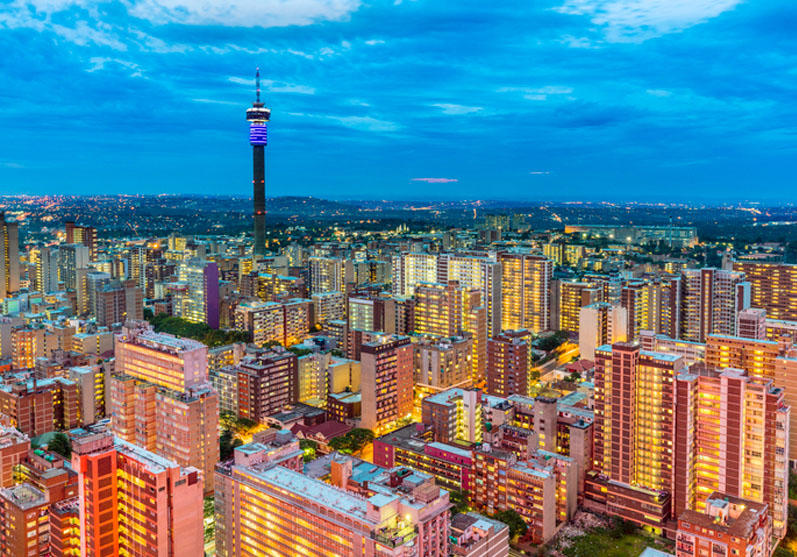 In the township of Soweto just outside Johannesburg, Mandela moved into the first home he called his own.

He lived in the very modest house for over 15 years with both his first and second wife, of course not at the same time.

Today, countless people step inside his small home, as it has been converted into a museum going by the name of Mandela House. The house was donated to the Soweto Heritage Trust and now stands as a National Heritage Site.

In Johannesburg, you’ll find Mandela’s much fancier home in the wealthy suburb known as Houghton Estate.

He lived in the house with wife Graça Machel during his presidency, and after spending months in hospital towards the end of his life, he would end up passing away in this home in 2013.

Upon his death, the streets around Houghton quickly became a site of remembrance. 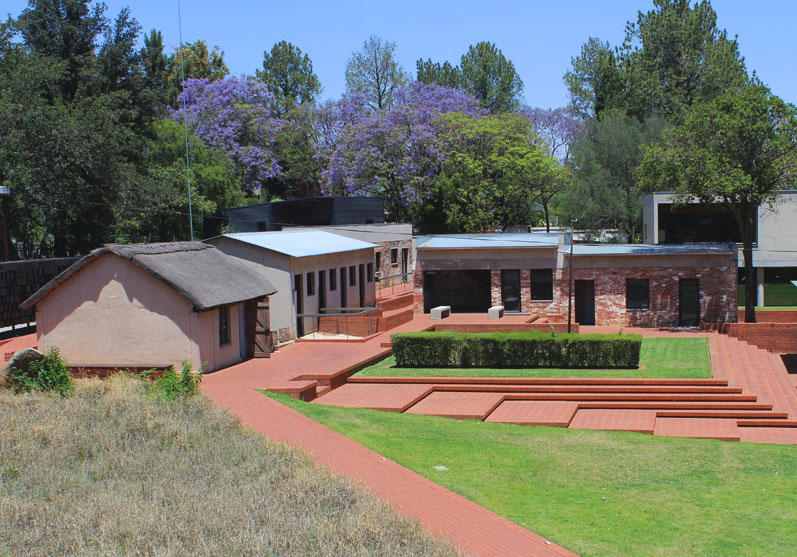 Johannesburg’s suburb of Rivonia is home to Liliesleaf Farm.

The farm is notable for being the secret hideout and headquarters for the African National Congress whose members were looking to end apartheid. A hideout was needed once they decided to take their non-violent protests to more of a physical battle.

Mandela hid out at Liliesleaf for roughly a year, living under the alias of a groundskeeper named David Motsamayi. Police would end up raiding the farm, resulting in Mandela and his friends being sentenced to life in prison for engaging in treason.

This was despite Mandela not being present during the time of the raid due to the fact he was already in custody. The site has become a museum today, with many of the buildings having been restored. 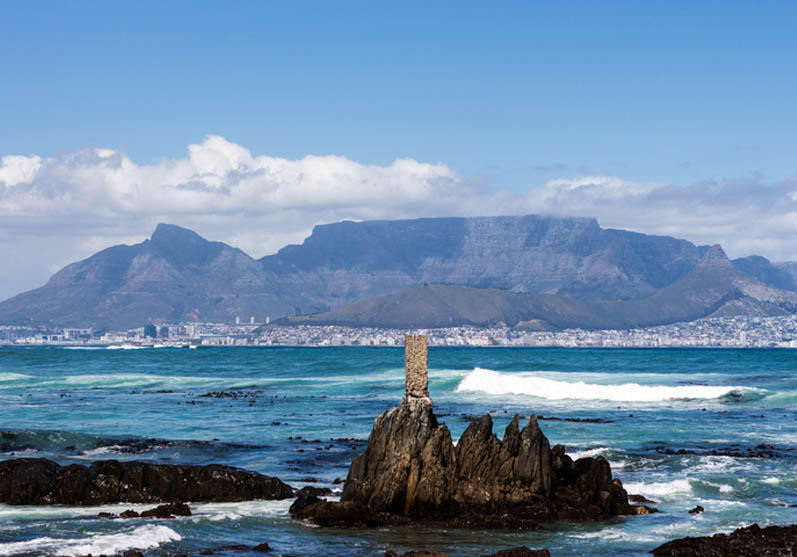 Robben Island is where Nelson Mandela would tragically spend a great deal of his life being imprisoned.

The island has long been used as a prison, even by early Dutch settlers. Located just off the coast of Cape Town, Mandela was not afforded views of beautiful Table Mountain from his small cell.

Today, visitors set out from the Victoria & Alfred Waterfront on their own free will to visit the prison which has become a UNESCO World Heritage Site.

Tours allow you to walk through the cell blocks and witness the lime quarry where prisoners like Mandela were forced to work.

Some of Mandela’s 27 years in prison were also spent in Cape Town’s Pollsmoor Prison as well as Victor Verster Prison which is located between the city of Paarl and the town of Franschhoek.

Victor Verster Prison now goes by the name of Drakenstein Correctional Centre or Groot Drakenstein Prison, and it is here where Mandela spent the last days of his imprisonment. He walked out of the prison in 1990, thus gaining his freedom.

A statue of Mandela now stands just outside the gates of the prison, a statue that was sculpted by Jean Doyle and commissioned by politician Tokyo Sexwale who had also spent time being imprisoned on Robben Island.

You’ll find presidential offices in both Cape Town and Pretoria. Nelson Mandela would end up spending time in both when he was elected as South Africa’s first democratic president.

He was inaugurated at Pretoria’s Union Buildings, which mark the highest point in Pretoria atop Meintjieskop Hill.

When Mandela passed away, his coffin was brought to the Union Buildings and displayed for three days in order for visitors to pay their respects. Today, a nearly 10-metre statue of Mandela stands outside the buildings.

You’ll find the South African national flag flying on the left side of the Union Buildings when the current President is in office. After Mandela became president, he would also take up residence at the presidential office known as De Tuynhuys when he was in Cape Town.

It is here on the steps of De Tuynhuys where the end of South Africa’s apartheid was proclaimed. Mandela could often be seen taking a stroll through the Company’s Garden.