Neighbourhoods around NY you should check out

New York is a City that is largely defined by its neighbourhoods; each has its own unique personality, and due to their vibrant culture, many have become known as attractions in their own rights.

New York’s most prominent neighbourhoods are all easily accessible from one another thanks to a great public transport system.

Whether you want to simply visit the main attractions or dive deeper into the various cultures and history of New York, it pays to know what each neighbourhood offers up.

We have selected some of New York’s most notable neighbourhoods that will allow you to get a great overall feel for one of the world’s greatest cities and help you really get into the New York state of mind.

Before you travel make sure you’ve purchased travel insurance for your New York holiday since even a Big Apple a day can’t always keep the doctor away! 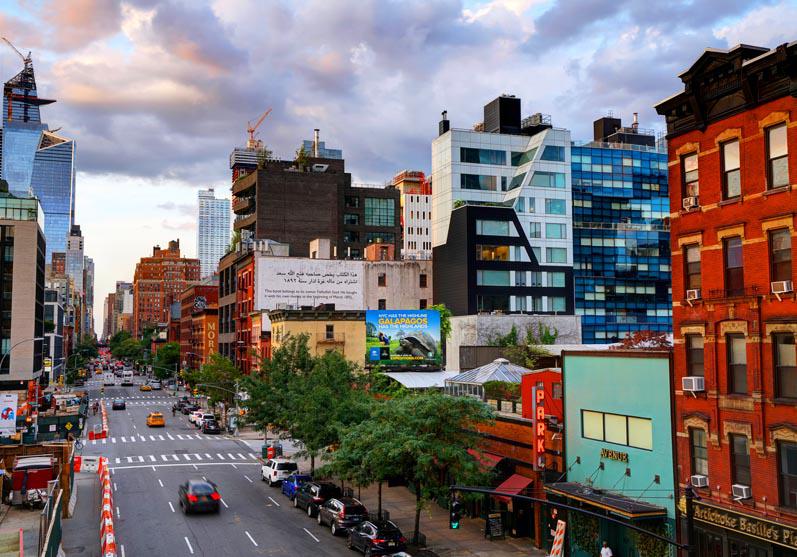 Chelsea is home to the beautiful elevated outdoor walkway known as High Line that runs through the West Side of Manhattan.

The neighbourhood also offers a contemporary art scene where you’ll find art galleries such as the Gagosian and Gladstone, as well as theatres and antique shops.

The old Nabisco biscuit and snack factory has been converted into the Chelsea Market where you can check out one of the world’s best indoor food halls.

Chelsea has also become a popular neighbourhood for the LGBTQ community to gather. 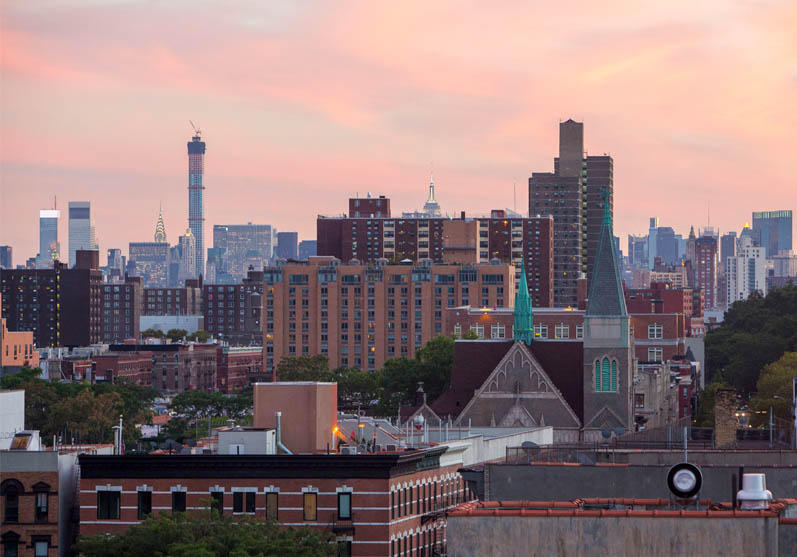 Once considered a bit dangerous, Harlem has reinvented itself to become quite trendy and much safer.

The neighbourhood is home to the Apollo Theater which once hosted The Jackson 5 and stunning churches like the Abyssinian Baptist Church which was became the first African American Baptist Church in New York.

Sample some delicious soul food and walk around the less touristy northern section of Central Park. Harlem is also a great spot to check out some impressive street art. 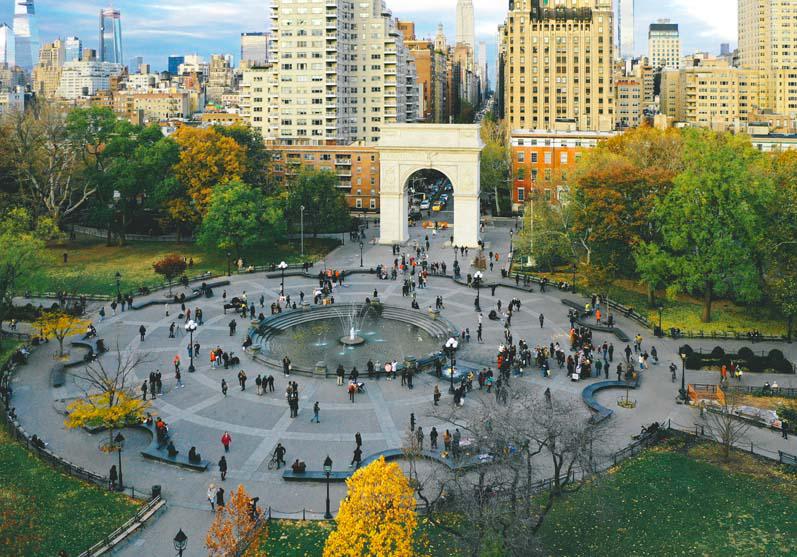 Greenwich Village 05/not offer a lot of accommodation options, but you should make an effort to at least make a day visit to the neighbourhood.

Unlike most of Manhattan which is laid out in a structured grid pattern, the streets of Greenwich Village are a bit more jumbled. Experience the neighbourhood’s bohemian vibe as you walk by residences that once house famous writers and musicians.

It’s here where the musical careers of Paul Simon and Bob Dylan really began to take off.

Washington Square Arch leads to the beautiful and lively Washington Square Park and notable activities include browsing the Whitney Museum of American Art, walking by NYU, and finding laughter at one of the great comedy clubs on Bleecker Street. 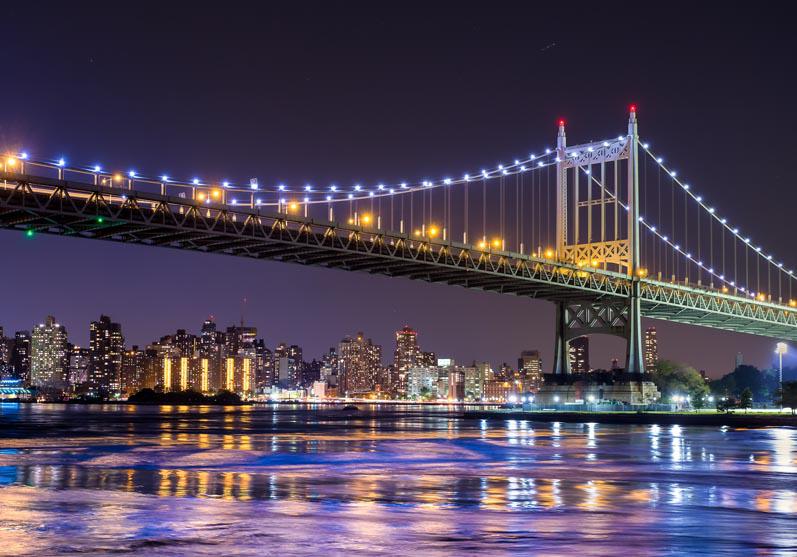 One of New York City’s most diverse neighbourhoods, you’ll be walking among immigrants from Italy, Brazil, Ireland, Greece, and Egypt. Located in Queens, Astoria’s diversity equates to its restaurants serving up flavours from all around the world.

Astoria offers cheaper accommodation and restaurants as well as numerous boutique shops. Check out the permanent Jim Henson exhibit at the Museum of the Moving Image and the city’s only backlot at the historic movie studio known as Kaufman Astoria Studios.

The sets from the TV hit Orange Is the New Black are located at Kaufman Astoria.

It’s often considered the birthplace of punk and you’ll find numerous tattoo parlours where you can get some ink to take back as a souvenir. Browse vintage clothing shops and record stores or walk around the small but beautiful Tompkins Square Park which often hosts festivals throughout the year.

The neighbourhood is also home to an interesting gangster museum as well as the Ukrainian Museum. Locals often equate Manhattan’s East Village to Brooklyn’s Williamsburg, so you 05/wish to check out this suburb as well if you enjoy East Village. 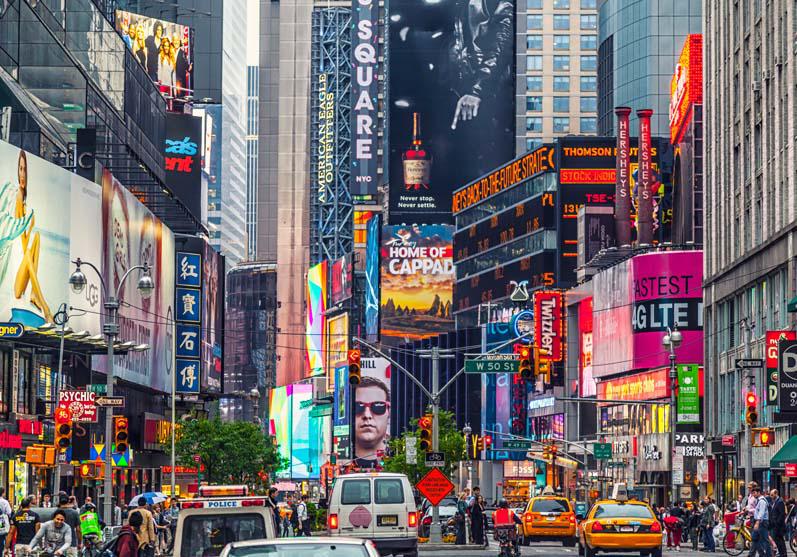 No trip to New York City would be complete without visiting Midtown.

Many of the city’s main attractions are located here, and it provides the largest concentration of hotels. See the iconic Times Square, catch a professional basketball or ice hockey game at Madison Square Garden, and stand in the giant shadow of the Empire State Building.

Catch a Broadway show, browse the masterpieces of the Museum of Modern Art, shop Fifth Avenue, and check out St. Patrick’s Cathedral and the Rockefeller Center. You 05/need a few days to take in all Midtown has to offer. 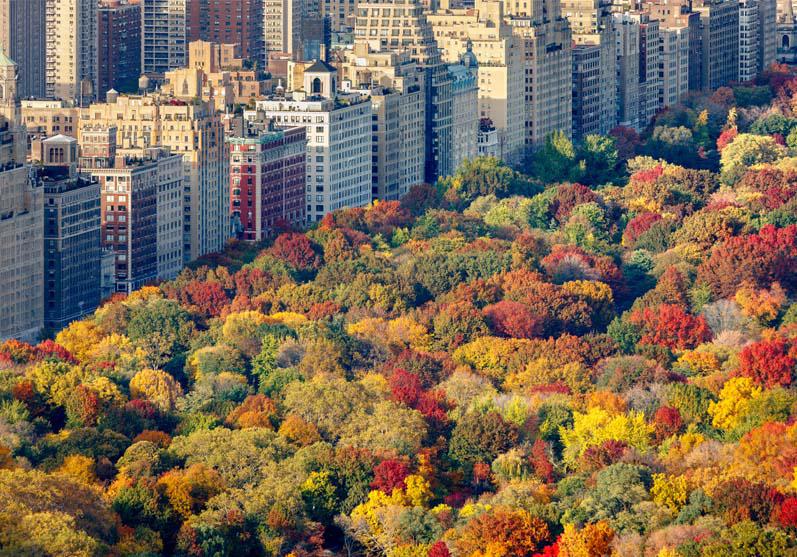 Upper East Side and Upper West Side

Offering up access to both Central Park and Carl Schurz Park, Upper East Side is great neighbourhood for getting outdoors.

The neighbourhood is also home to many museums, most notably the Guggenheim and Metropolitan Museum of Art. The Upper West Side also sits near Central Park as well as Riverside Park which runs along the Hudson River.

You’ll also find the famous American Museum of Natural History and Lincoln Center in the Upper West Side.

Both these affluent neighbourhoods are ideal for travelling families since they are safe, clean, and much quieter than the rest of New York.