You 05/be familiar with Australia’s Gold Coast, but have you ever thought of travelling to Africa’s Gold Coast?

Once known as the Gold Coast Region, the West African nation of Ghana is considered to be one of the continent’s safest and friendliest countries.

The country only recently celebrated sixty years of independence, having been occupied by a number of different European merchants since the 15th century including the Portuguese, Dutch, Danish, Germans, Swedish, and British.

Ghana and its warm tropical climate is a great destination for travellers looking to visit Africa for the first time or a new exciting African adventure for those who have visited more recognized tourist spots like Tanzania and South Africa.

Take a look at just some of the incredible places Ghana has to offer. And remember, whether you plan on travelling to Queensland’s Gold Coast or Africa’s Gold Coast, InsureandGo offers a number of options for all your domestic and international travel insurance needs. 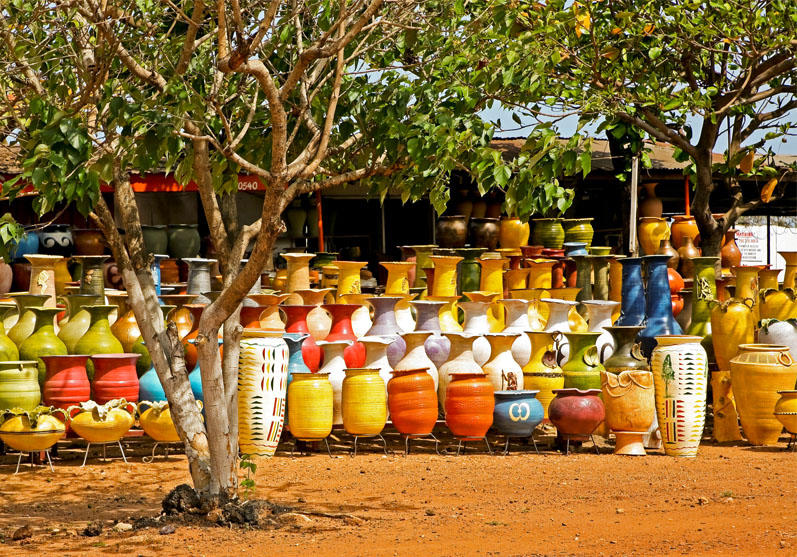 Ghana’s capital, Accra makes a great introduction to the country.

It is here where you get to learn about the nation’s past and really dive into its culture. The National Museum exhibits many artefacts relating to the culture of Ghana.

You’ll learn a great deal about both the Ashanti Kingdom and the Atlantic slave-trade. The city is a blend of old and new, where modern-day architecture meets heritage-listed colonial buildings. Visit the bustling Makola Market to stock up on locally made goods before checking out the Artists Alliance Gallery.

This contemporary art gallery was created by Ghanaian artist Ablade Glover and features three stories of fine art from a number of other Ghanaian and Nigerian artists. Much of the art that is on display is available for purchase.

The capital is also blessed to have a number of beautiful and lively beaches, most notably Labadi Beach, and the National Theatre. 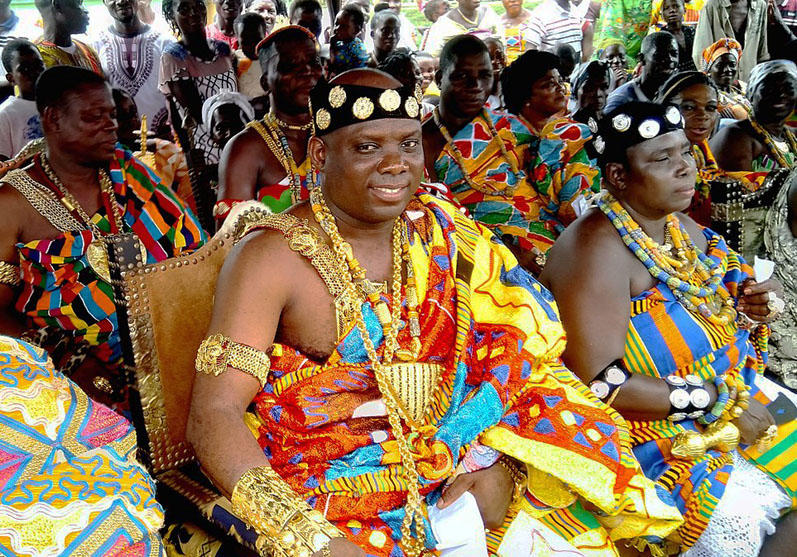 The second largest city in Ghana, Kumasi was the capital of the Asante Empire.

There are in fact two palaces in the city, the original which has been converted into a museum and the newer palace which is where the king resides. Shop the Kejetia Market for gold jewellery and clothing crafted from native kente cloth with its colourful and beautiful designs.

The Kejetia market is regarded as West Africa’s largest open air market and it’s quite easy to get lost among the more than 10,000 stalls. Nearby, you’ll find the National Cultural Centre where you can watch many of the products found in the market being made. 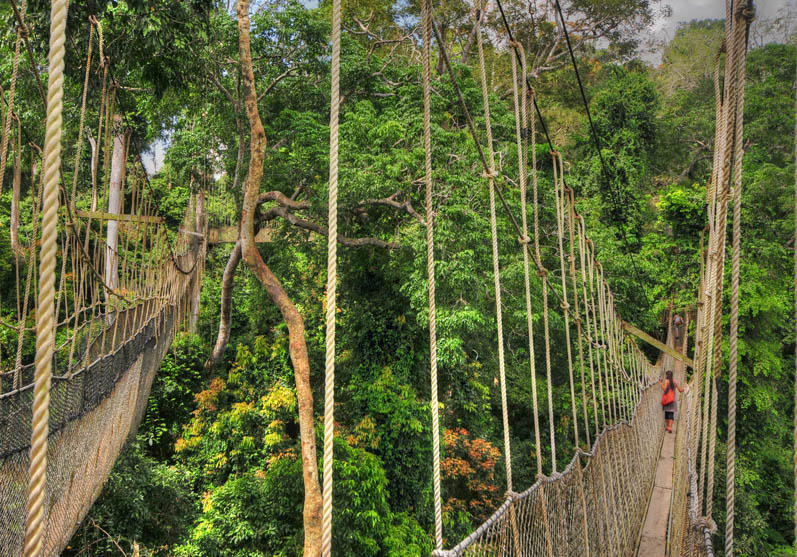 Head to Kakum National Park early in the day for a chance to see a number of Ghana’s rare and endangered animals.

Located just outside Cape Coast of Southern Ghana, the park is home to one of Africa’s few canopy walkways which allows you to walk through the treetops of this largely undisturbed rainforest.

Make your way across a series of suspension bridges as you search for birds like hornbills and wide assortment of butterflies from the viewing platforms. You can also arrange a guided tour through the forest floor which is home to Ghana’s densest population of forest elephants.

Other animals you 05/spot include forest buffalo, meerkats, civets, yellow-backed duikers, and the rare Diana monkey. There’s even the opportunity to camp overnight in the park. 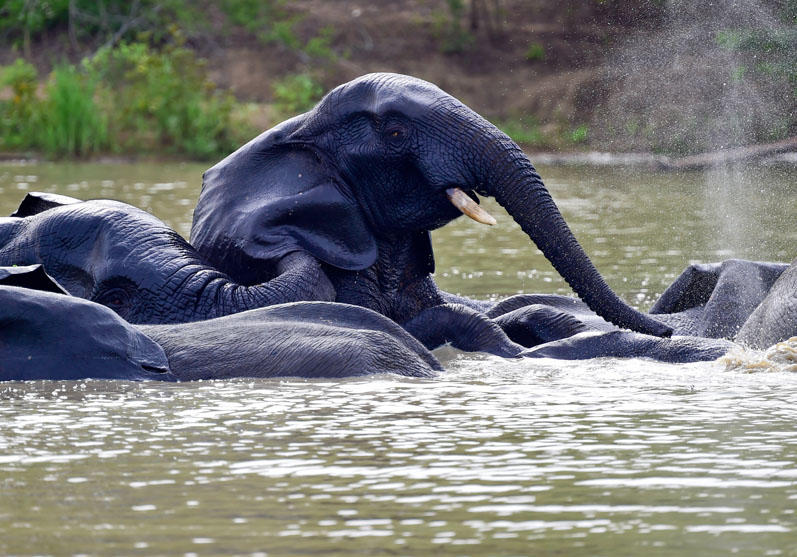 Another great park for wildlife viewing is Mole National Park.

Mole offers you a more typical safari experience, with both walking and self-driving safaris available.

The dry season is the best time to spot many of the park’s residents which include elephants, warthogs, hippos, baboons, and various antelope species. If you’re lucky you 05/even spot predators such as lions, leopards, and hyenas. 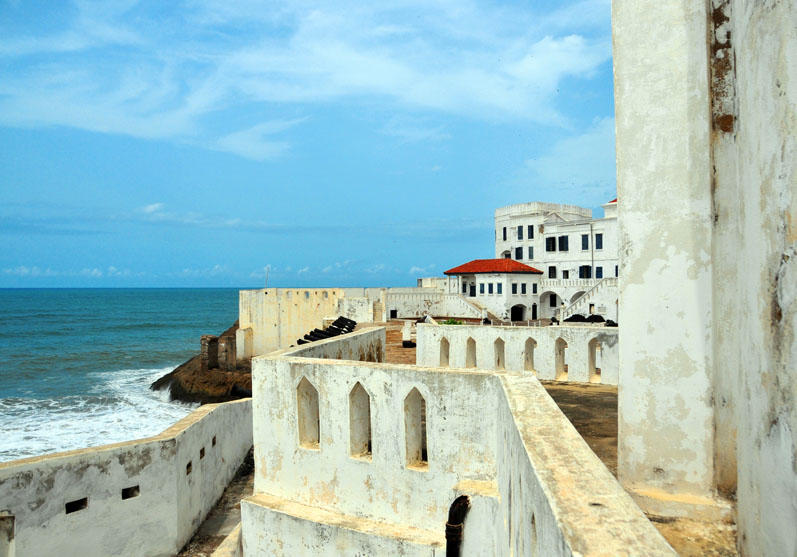 The UNESCO World Heritage listed Cape Coast Castle has a dark past.

It played a large role in the Atlantic slave trade. It was here where slaves were often held before they were shipped off to the Americas. Cape Coast Castle is just one of dozens of these slave-holding facilities situated on what was then known as West Africa’s Gold Coast.

The fort began as a Portuguese trading post back in the 16th century and would later be taken over by several different European nations in the ensuing centuries.

Explore the dungeons to see the horrors the slaves had to experience and compare this with the luxuries offered in the governor’s bedroom with its grand ocean views. 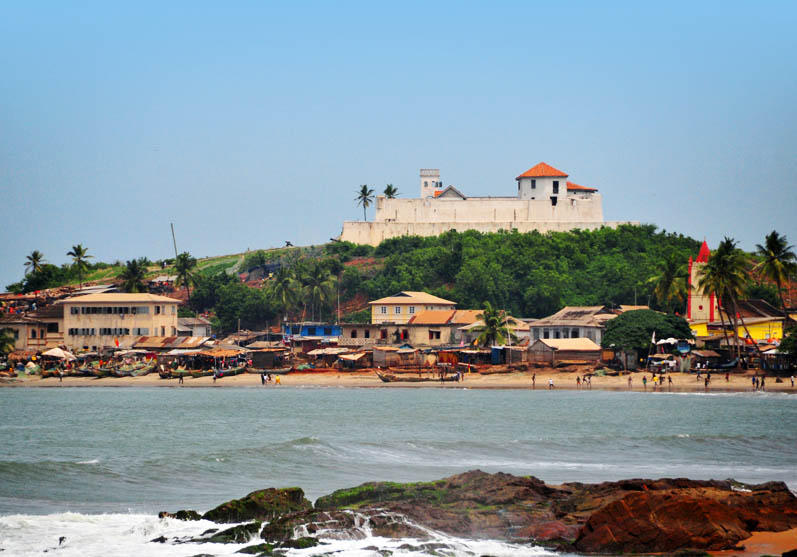 A short drive from Cape Coast Castle is another whitewashed castle with an equally dark history.

The first European slave-trading post built on the Gold Coast, Elmina Castle is also regarded as the oldest European building south of the Sahara. It has been controlled by the Portuguese, Dutch, and British, once having exported gold and later slaves.

Known by the Portuguese as Castelo de São Jorge da Mina, the castle would later become the headquarters of the Dutch West India Company. Like Cape Coast Castle, Elmina is home to dark dungeons that once housed countless slaves in cramped cells.

The depressing nature of the cells contrasts sharply with Elmina itself. Today the town is home to beautiful beach resorts and hosts the annual Bakatue Festival which celebrates the beginning of the fishing season in early July. 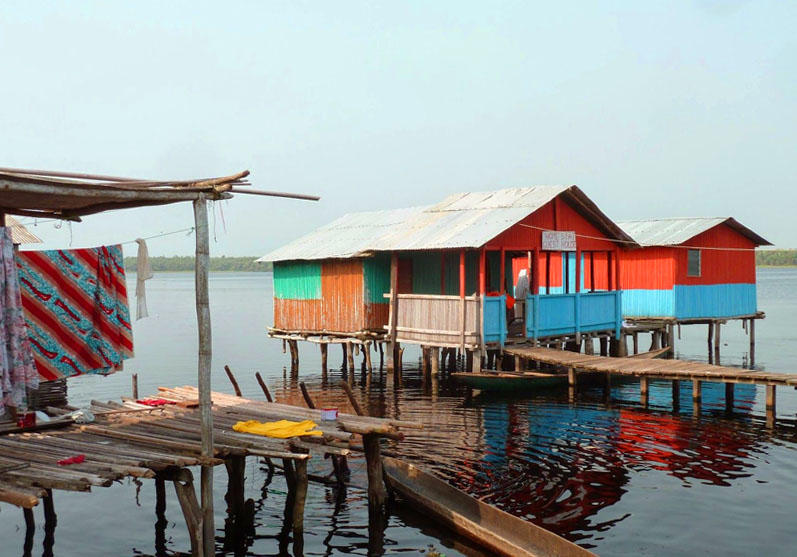 Known as the “village on the water”, Nzulezo is a village that has been constructed entirely on stilts overlooking Lake Tadane.

This rustic town is more like a large glorified pier which can only be accessed by boat. When visiting the village, you also get the opportunity to try and spot wildlife such as crocodiles in the Amansuri wetlands.

There is a small guest house on the floating village for those wanting to spend the night to really take in the culture, but don’t expect too many comforts.

There is no electricity in the village which means lanterns and flashlights are used for light come nightfall. Car batteries run any electronics the villagers do have. 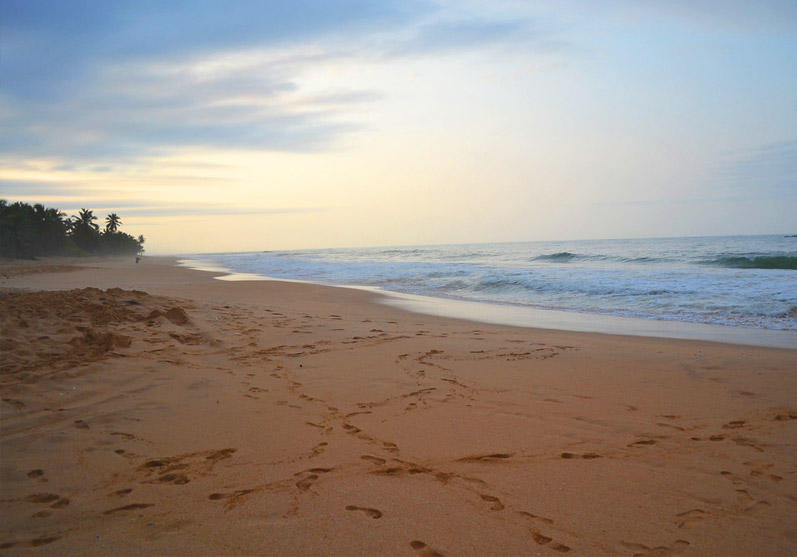 One of the southernmost towns in Ghana, Akwidaa acts as a perfect base for exploring a number of nearby attractions.

The small fishing village offers a number of beautiful beaches and is surrounded by coastal rainforest. You can easily arrange to visit Ghana’s southernmost tip at Cape Three Points and witness the lighthouse found there.

Dugout canoe tours will take you through the mangroves along the Ezile River where a wealth of wildlife can be spotted. Back on the beach, you can sometimes catch a glimpse of sea turtles coming ashore during the nesting season which runs from roughly 09/ to February.

The region is also home to palm and rubber plantations as well as the historic Fort Dorothea and Akwidaa royal family cemetery.