While most of us travel to escape the monotony of our everyday lives, there are a few daily habits we like to take with us on our holidays. For many of us, one of those habits is getting our early morning coffee fix.

If you find yourself travelling through the U.S., you thankfully shouldn’t have any trouble grabbing your daily dose of caffeine.
Americans never really adopted the whole drinking tea thing, they did after-all dump some 45 tons of British East India company tea in the Boston Harbor during Boston Tea Party.
Instead, America has embraced their coffee culture and coffee shops can be found tucked in just about every corner of the country.
Coffee has become big business in America, creating a wealth of coffee aficionados in the process. No longer is it simply a question of whether to add milk to your coffee and how many sugars you’d like.
Let us take a look at the best cities in the U.S. to grab a coffee, where coffee isn’t simply a viewed as a beverage but almost more like a religion. Just in case any trouble brews during your travels alongside your latte, always organise travel insurance just in case. 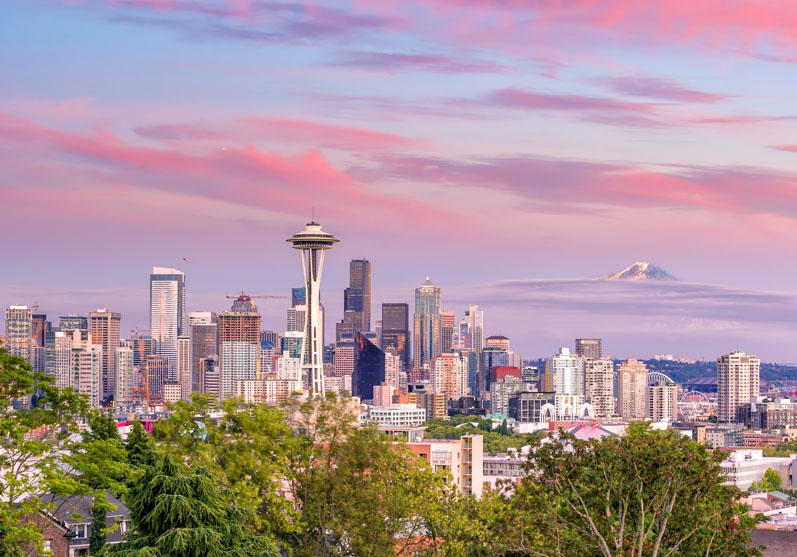 No coffee lover’s visit to the U.S. would be complete without visiting the birthplace of Starbucks.
The coffee chain known around the world was born in Seattle’s Pike Place Market in 1971 and hasn’t looked back since. To this day, you are certain to see tourists lined up outside the “Original Starbucks” store to grab a coffee from this iconic location.
Truth be told, this location isn’t the original location of the first Starbucks, as it was moved a short distance from 2000 Western Avenue to its current 1912 Pike Place address during its early years. You’ll also find the Starbucks Reserve Roastery and Tasting Room in the city.
Not only was Seattle the birthplace of Starbucks, it also gave rise to American latte art. The practice was popularised by a former Boeing engineer named David C. Schomer who founded Seattle’s Espresso Vivace stand-up coffee bar.
You’ll also find coffee houses that double as bicycle repair shops like Peloton Bicycle Shop & Café. If you’re not into bikes, you’re bound to find a cafe that fits your style since there are some 1,600 to choose from. Notables include Elm Coffee Roasters and Victrola Coffee Roasters. 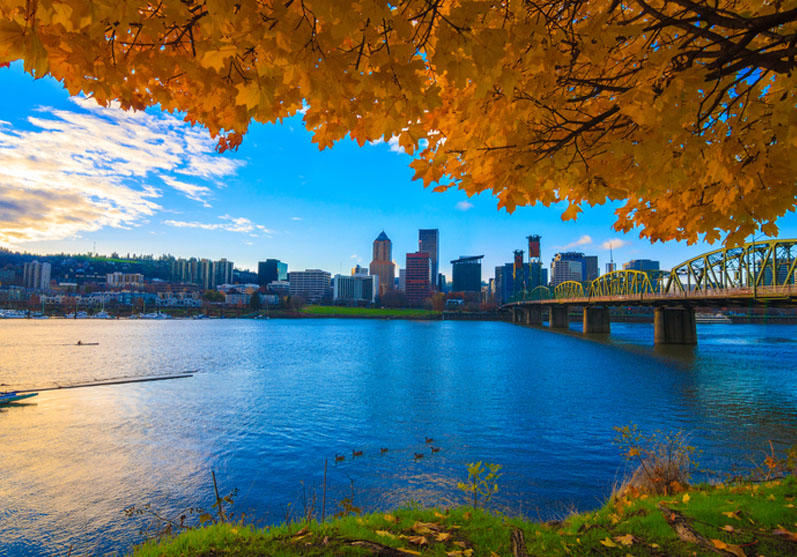 Portland is home to around 20 coffee roasters/manufacturers that help to accommodate its seemingly endless population of hipsters.
It’s the home of the Third Wave coffee movement, which took coffee from being looked at as a simple beverage to an artisanal product.
At the forefront of this movement is Portland’s famous Stumptown Coffee Roasters. Founded in Portland, Stumptown has gone on to open stores in Los Angeles, New York, New Orleans, and Chicago.
Seek out Deadstock Coffee for a specialty coffee drink called a LeBronald Palmer, a mix of sweet tea, lemonade, and coffee.  Grab your coffee with a American peanut butter and jelly sandwich at Oui Presse or step inside a double-decker bus at Tov‘s for an Egyptian or Turkish style coffee.
You’ll even find the popular Australian coffee chain Proud Mary’s in the city if you’re getting a bit homesick. 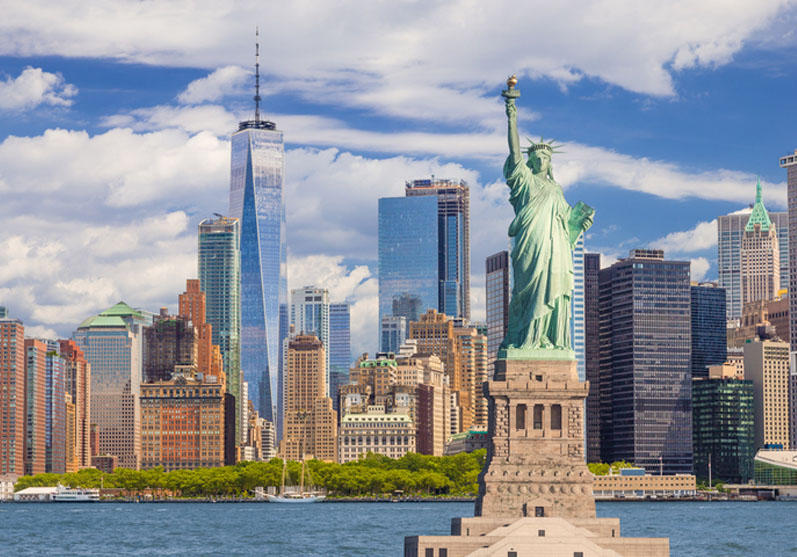 It should be no surprise that New York offers up great coffee, especially when it’s known as the city that never sleeps. It is said to have the highest rate of coffee shops per capita in the U.S. and coffee is surprisingly quite affordable.
Stepping inside a cafe in New York also means you very well 05/be sipping a cappuccino in the very same spot as your favourite movie and TV stars, since many cafes were used as now-famous filming locations.
While you can easily find a Starbucks on every corner in New York, try to seek out the lesser-known cafes. You’ll find deconstructed lattes and nitro cold-brew coffee at the Coffee Project, while Hi-Collar offers the chance to get siphon, aeropress, or simple pour over coffee. 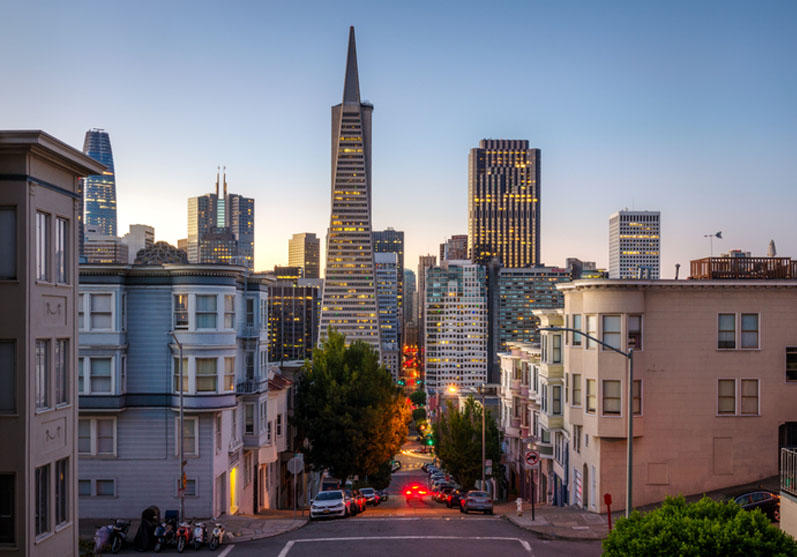 The Third Wave coffee movement has also flooded San Francisco much like a tsunami after an earthquake.
San Francisco households are also at the top of the list when it comes to the highest average spending on coffee in the U.S., something that’s easily understandable when you consider the number of exceptional coffee houses within the city.
Blue Bottle Coffee is famous for only selling responsibly sourced coffee beans that have been roasted in the past 48 hours. Born in nearby Oakland, Blue Bottle quickly spread to San Francisco and has gone on to deliver stores in Miami, Boston, and even cities as far away as Tokyo.
Sightglass Coffee on the other hand hosts regular brewing classes, an affogato bar, and free public cuppings or coffee tastings. Another favourite is Flywheel Coffee Roasters which sources their coffee from places like Kenya, Ethiopia, and Costa Rica. 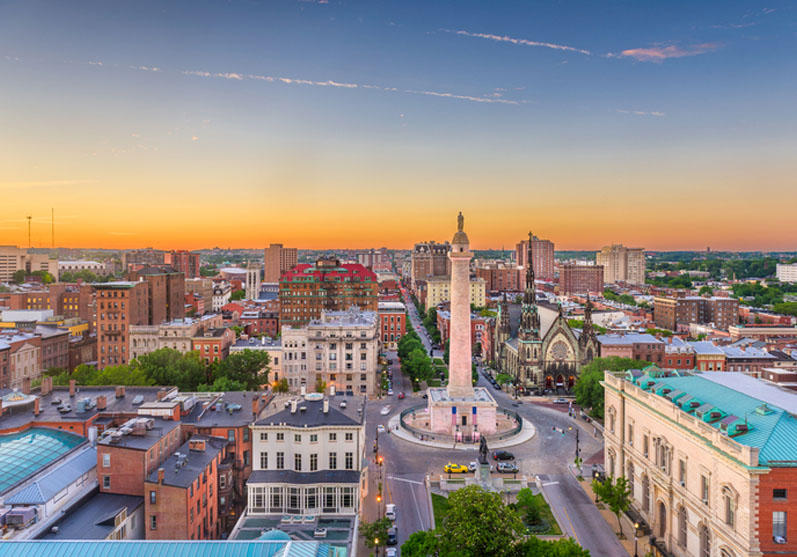 If you enjoy photographing your coffee for your Instagram feed as much as you enjoy actually drinking it, you 05/want to check out Washington D.C.
Latte art 05/have been born in Seattle, but you’ll find some of the most impressive being created in cafes throughout the nation’s capital. Highly-skilled baristas paint designs like ferns, swans, and roses into the latte foam on a daily basis here.
While it 05/seem that many of the politicians in D.C. are asleep half the time, they have no excuse to be since you’ll find over a thousand coffee shops and cafes scattered around some of America’s most notable landmarks like the Lincoln Memorial, Washington Monument, and the National Mall.
Grab some siphon-brewed Kyoto cold brew from the Chinatown Coffee Co. or let Compass Coffee lead you in the right direction to finding a flavour that suits your tastes with their nine different coffee blends to choose from.
Head to Qualia to enjoy free weekend coffee tastings alongside a policy that bans Wi-Fi on the weekends. This policy tries to promote reading a real book with your coffee or to encourage you to converse with the people around you.