The world’s most famous streets

While streets can give way to road rage and force you to be stuck in bumper to bumper traffic, there are many streets which are so incredibly loved and famous that they have become top tourist attractions.

So, we’ve gathered a list of some of the world’s most famous streets, boulevards, avenues, and roads that will no doubt leave a lasting impression.

To make sure you remain on Easy Street, be sure to purchase travel insurance in order to protect yourself financially should you run into any travel disruptions along the way. 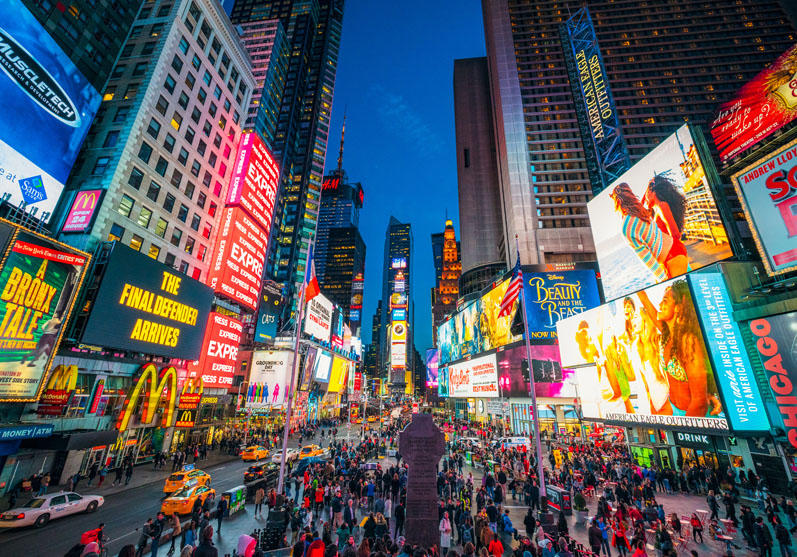 Not only is Broadway one of New York City’s most famous streets, but it’s also the city’s oldest north–south main thoroughfare.

Running nearly 21 kilometres through the city, the city was once known as the Wickquasgeck Trail to its early Native American inhabitants. It would later be named Heeren Straat or “Gentleman’s Way” by the Dutch before the British would eventually rename it Broadway for its unusually long width.

Broadway was one of the first New York City streets to be illuminated by electric bulbs and the street continues to shine brightly, attracting tens of millions of visitors each year who come to see Times Square and the Theatre District.

Don’t miss the chance to take a detour to check out Fifth Avenue as well, an avenue lined with some of the most famous and expensive stores in the world including Louis Vuitton, Chanel, and Tiffany & Co. 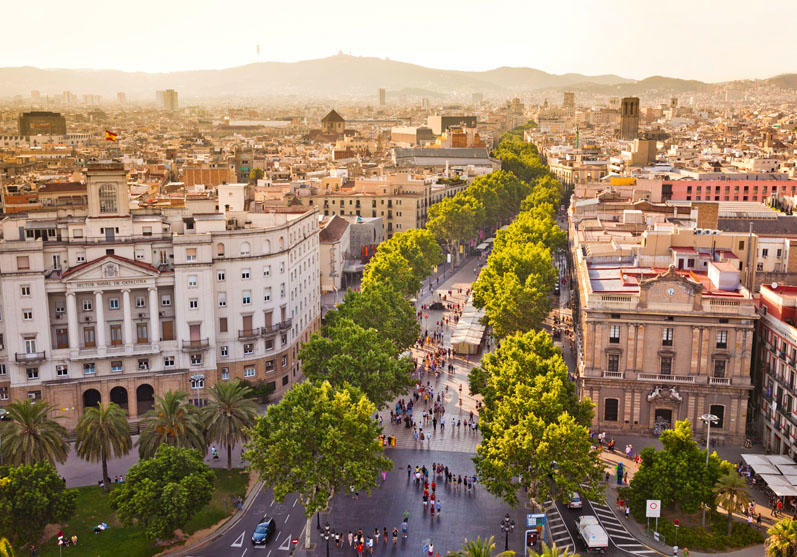 Barcelona’s most famous street, La Rambla is where most visitors flock to when they visit the city.

The kilometre-long, tree-lined pedestrian street is home to numerous kiosks selling everything from flowers to souvenirs and a host of attractions can be seen along the route.

From sunrise to late night, the street is often very crowded, especially during peak tourist season.

Some come to check out Casa Bruno Quadros, also known as the Umbrella House, while others aim to drink from the Font de Canaletes fountain which supposedly ensures you will one day return to the city.

Don’t miss the Joan Miro mosaic that’s set into the promenade as well as one of Barcelona’s oldest hotels, Hotel Oriente. 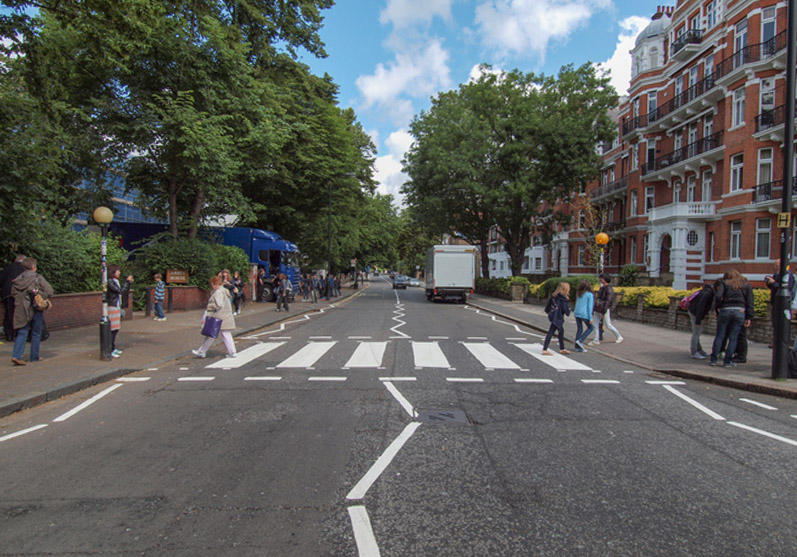 If you’re a Beatles fan, no trip to London is complete without visiting Abbey Road.

Every year, countless fans make the pilgrimage to Abbey Road’s famous zebra crossing that’s located at the southern-most point of the road in St John’s Wood.

It is here where the Beatles had their famous photo shoot which went on to grace the cover of the band’s legendary eleventh studio album Abbey Road in 1969.

Most visitors come to Abbey Road to recreate the pose the Fab Four are shown doing on the album cover and you can also visit the nearby Abbey Road Studios where the Beatles recorded many of their songs.

Just remember if you are the one posing as Paul McCartney, you need to make the crossing in bare feet to do it correctly.

Easily the most recognised avenue in Paris if not the world, Champs-Élysées attracts tourists from all over the world due to its historical significance.

Home to the Arc de Triomphe monument, the 2-kilometre-long avenue is lined with horse-chestnut trees, cafes, theatres, and shops. 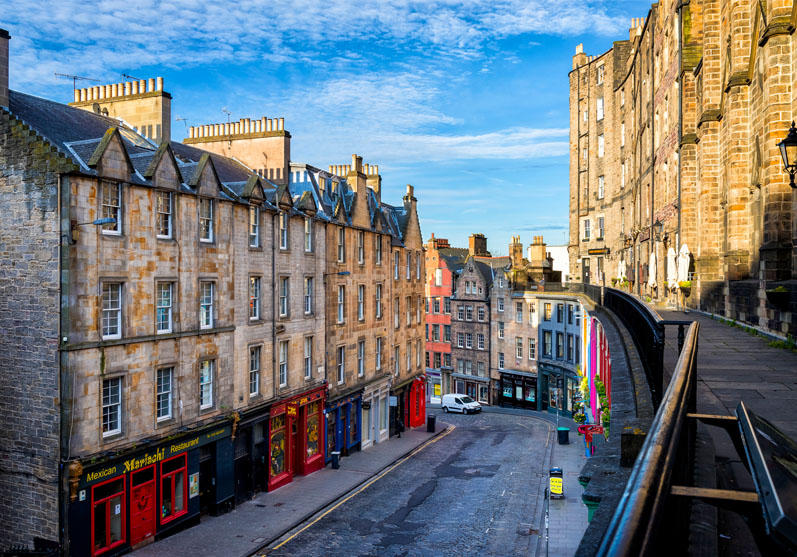 Home to Edinburgh’s most significant landmarks, the Royal Mile is actually a collection of connecting streets that collectively run for nearly an exact mile in length.

Streets that make up the Royal Mile include Castlehill, Lawnmarket, High Street, Canongate, and Abbey Strand. The route runs between the impressive Edinburgh Castle and the Palace of Holyroodhouse, the official residence of the British Queen.

Other notable landmarks on the Royal Mile include St Giles’ Cathedral and the Heart of Midlothian, a heart-shaped mosaic in the street which marks the location of the old 15th century tolbooth and once public execution site.

Criminals that were released from the nearby prison would spit on the location upon leaving, and today visitors continue to spit on the Heart of Midlothian for good luck.

While the Royal Mile 05/be beautiful today, early residents once poured their human waste on it daily. Thankfully, this no longer occurs.

Home to Singapore’s most famous shopping precinct, Orchard Road offers visitors thousands of businesses which include all kinds of shops, restaurants, cafes, hotels, and nightclubs.

The roughly 2-kilometre-long road dates back to the 1830s when at that time it was unnamed. It was later named Orchard Road due to the fact the road once led to a number of fruit orchards as well as nutmeg and pepper plantations.

You will find the official residence of Singapore’s president at the eastern end of Orchard Road and the 160-year-old lush Singapore Botanic Gardens towards the western end. 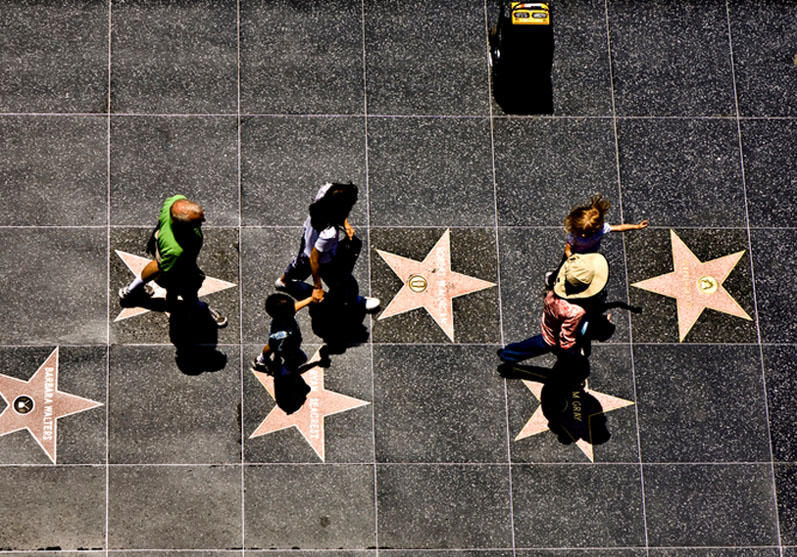 Travellers wanting to literally walk in the footsteps of the world’s most famous celebrities need look no further than LA’s Hollywood Boulevard.

Famous for its fifteen-block stretch that houses the Hollywood Walk of Fame, the boulevard is also where you will find the Hollywood & Highland shopping mall and entertainment complex.

Don’t miss the TCL Chinese Theatre, Dolby Theatre, and great photo opportunities at Madame Tussauds Hollywood. Come Christmas season, the boulevard becomes somewhat of a Santa Claus Lane, where the street becomes lit up with many Christmas lights and decorations.

Rent a car and drive four miles northeast and you will find yourself on one America’s other most notable stretches of road, the Las Vegas Strip.

Actually a stretch of South Las Vegas Boulevard, the street is of course home to some of the grandest and most well-known casinos and resorts in the world including the Bellagio and The Venetian.