South American nations are once again gearing up for Easter this year, and each will have their own unique traditions and celebrations.

Over a quarter of the world’s Catholic population can be found living in South America. Introduced to the continent by early Spanish explorers and missionaries, the religion soon spread like wildfire. Much of the continent celebrates Holy Week, which most Latin American countries refer to as Semana Santa, and it runs from Palm Sunday until Easter Sunday. Weeklong celebrations observe everything from Maundy Thursday to Good Friday and take place on the same dates as observed in Australia and elsewhere around the world.

South American nations are once again gearing up for Easter this year, and each will have their own unique traditions and celebrations. Let us look at what you can expect to see this Easter if you find yourself travelling through one of these South American countries during Holy Week. And while many Catholics around the world will be giving up things like meat or alcohol for Lent, you should never forego obtaining travel insurance which can offer financial protection whether you’re travelling this Easter season or anytime of the year. 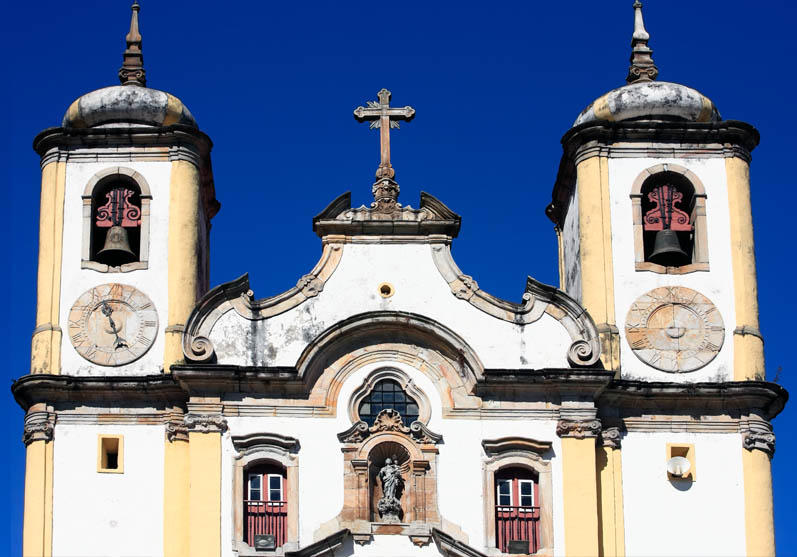 Brazil is home to around 125 million Catholics, making it the country with the highest concentration of Catholics in the world. Like most Latin American countries, the Holy Week, or Semana Santa, is extremely important and celebrated in many ways around the country. One of the most unique celebrations takes place in Ouro Puerto.

Here, the streets are transformed into carpets made of sand, sawdust, and flowers which create impressive and very colourful religious themed designs. The carpets line the streets for kilometres, beginning the Saturday before Easter. Easter processions walk over the carpeted streets as they travel between the churches in the village.

Elsewhere, Easter egg decorations hang in supermarkets, crosses are weaved from palm fronds, and household pets are sometimes painted pink and blue. Family gatherings are common, where meals generally feature Portuguese influences. One of the most commonly eaten dishes around Easter is salted codfish. If you find yourself in Rio de Janeiro, you can attend an Easter mass at Christ Church Rio, one of the few churches in the city to offer up the service in English. 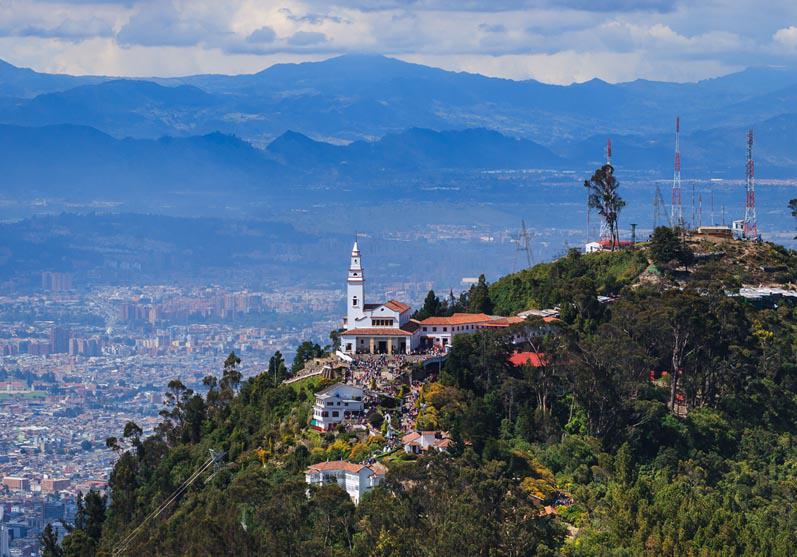 Much like Peru and Paraguay, roughly 75% of Colombia’s population is Catholic. Many businesses including restaurants and shops close down for Holy Week, leaving larger cities like Bogota rather.

Many residents head to holiday homes in the country if they have them. Those who remain in Bogota make a pilgrimage to a small church located on the summit of Monserrate hill. Most people opt for the aerial tramway or funicular to reach the top the rest of the year.

Other Colombians make their way to the Salt Cathedral in Zipaquirá, an underground Catholic cathedral divided into over a dozen small chapels which are built within a salt mine. In the town of Mompox, residents gather at the local cemetery to celebrate the Serenade of the Dead on the night of Holy Wednesday. Music and dancing takes place in the cemetery until sunup the following day and flowers are laid upon the graves of deceased loved ones.

Around the country, many people will also be celebrating Easter by dining on potaje de la vigilia, a stew made with codfish, chickpeas, and spinach. Other families with more exotic tastes 05/feast on the world’s largest rodent, the capybara, or enjoy turtle egg omelettes. 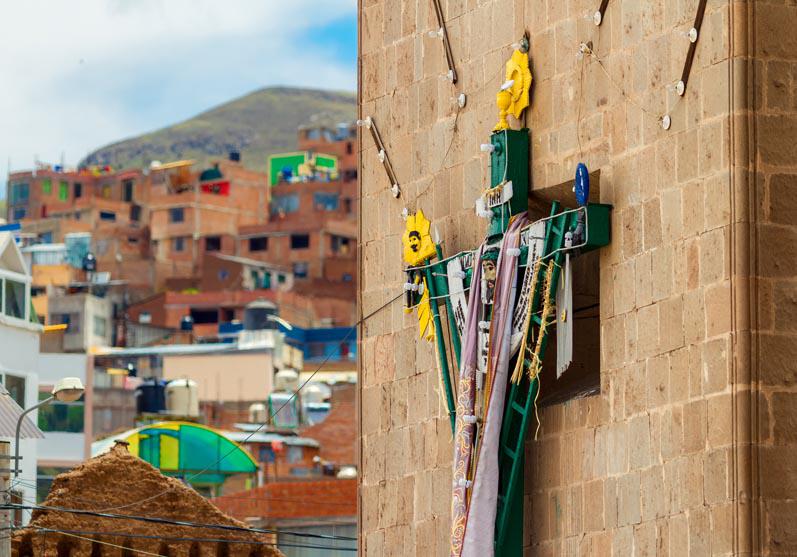 Many Easter parades take place around Peru, but one of the most extravagant takes place in Cusco.

Lunes Santo is celebrated the day after Palm Sunday and involves a roughly six hour procession. A cross bearing the local saint El Señor is carried through the streets with nucchu flowers hanging off to symbolize blood. El Señor, or “The Lord of the Earthquakes” looks strikingly similar to Jesus and celebrates a period during the 17th century where a large earthquake took place but spared the Cusco Cathedral.

Legend says the church survived the earthquake due to a crucifix that was hanging inside. The procession makes its way between Cusco Cathedral and Plaza de Armas every year. 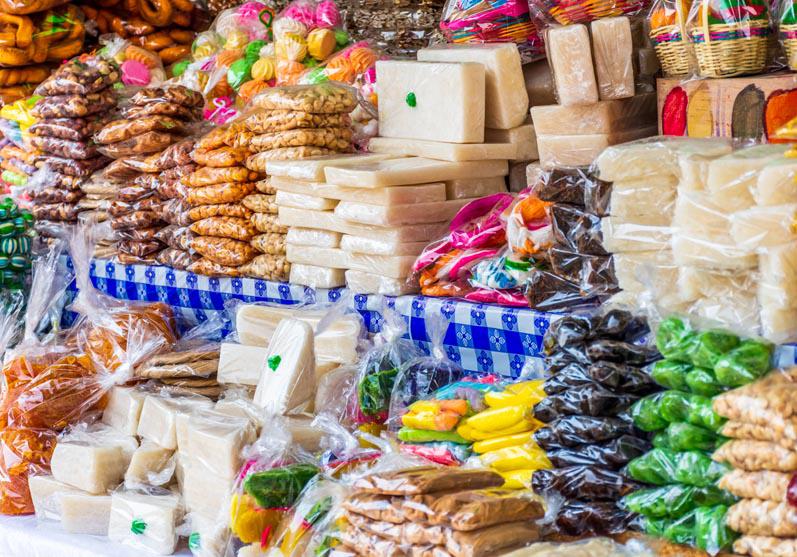 Paraguay has a few interesting Easter traditions, one of which is that children are not supposed to be punished on Holy Thursday or Friday. To make up for lost time, families playfully and very lightly spank young children on Easter Sunday as a bit of a joke to make up for any mischief their kids got up to the past few days.

Many residents will wake up early to bathe in cold water streams before the sun rises, as they believe the water is purified at this time. Pascua, or Easter Sunday, is celebrated by families getting together for a large barbecue or asado as they call it. There 05/be family soccer or volleyball matches played, while various meats cook away on the grill.

Many families will present a very large chocolate Easter egg in the middle of the table when they sit down to eat. This egg will be broken apart and shared. Paraguayan chipa, or Easter breakfast bread, is also often baked and enjoyed by many. These dense cheese-flavoured rolls often resemble bagels. 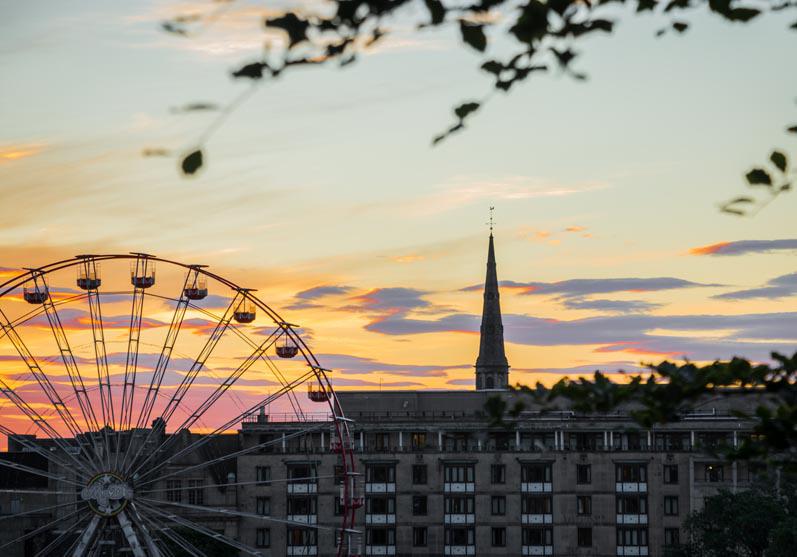 Some residents of Buenos Aires will head to Tierra Santa Theme Park for Easter. Here, you’ll find a religious them park that has been made to look like early Jerusalem. Visitors can watch re-enactments of the Last Supper, the trial of Jesus, and his resurrection.

In Argentina’s Patagonia region, the town of Bariloche hosts an annual chocolate festival over the Holy Week, where you’ll find an entire street devoted to chocolate. In years past, they have featured a giant nine-metre tall chocolate egg as well as offering up the world’s largest chocolate bar. They usually put on concerts and chocolate Easter egg hunts as well.

Elsewhere, people will be enjoying locro, a stew made of corn, beans, and pumpkin soup. They will also be making sweet breads called pan dulce and enjoying meatless empanadas that are packed with tuna, vegetables, and cheese.