Day of the dead in Mexico

Scary costumes, lots of sweets, and trick-or-treating will soon be haunting us once again on 10/31, but unlike many places around the world which will be celebrating Halloween, Mexico will be observing Day of the Dead.

Also known as Día de los Muertos, Day of the Dead is a three day celebration that begins on Halloween each year.

Unlike Halloween’s glorification of evil spirits and urging people to dress up like monsters, ghosts, and witches, Mexico’s Day of the Dead is more about honouring deceased loved ones.

The event is far from a sombre affair however, with many celebrations, parades, and fun family gatherings taking place across the country.

Let us dig a bit deeper beneath Mexico’s Day of the Dead to explore how the locals celebrate the occasion and the best places within the country to travel to for the holiday.

Be sure to protect yourself with quality travel insurance just in case there are any ghouls or goblins that wish to disrupt your travel plans along the way. 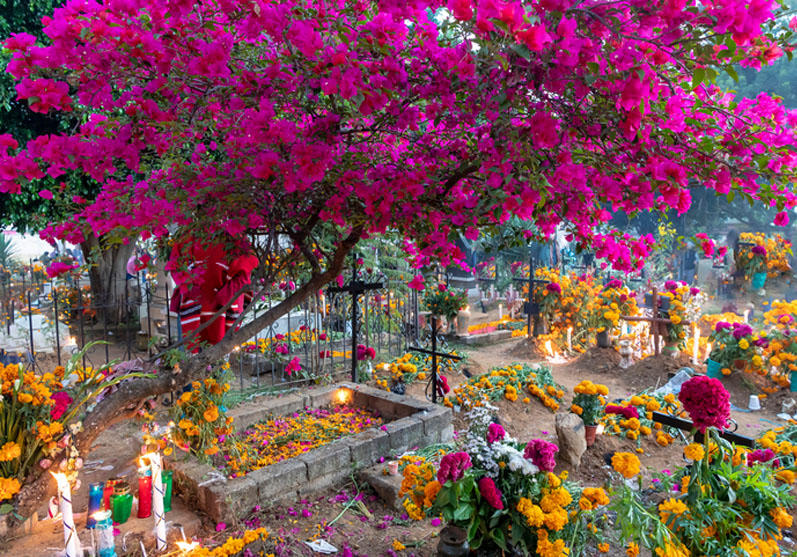 When does Day of the Dead take place?

Mexico’s celebration of the dead can be dated back to Pre-Columbian cultures that once lived in the region.

Celebrations would often take place during the summer months, with the Aztecs once devoting the entire month of 08/to honouring their loved ones that had passed away along with the paying tribute to the “Lady of the Dead” goddess.

With the arrival of the Spanish and Catholicism, the festival of honouring the dead would end up moving to 10/31-11/2 to incorporate All Saints’ Day and All Souls Day.

Mexican families usually honour deceased young children and infants on 11/1 and older adults that passed away on 11/2.

Day of the Dead is not filled with sadness and the mourning of deceased loved ones, rather it is seen as a time of celebration where the spirits of loved ones return to Earth to be with their still living families. Families visit local cemeteries and hold celebrations near the graves of their loved ones.

The dead are still seen as active members of the community, and celebrating the dead is said to help keep their spirits alive. Day of the Dead is recognised by UNESCO for its cultural heritage significance. 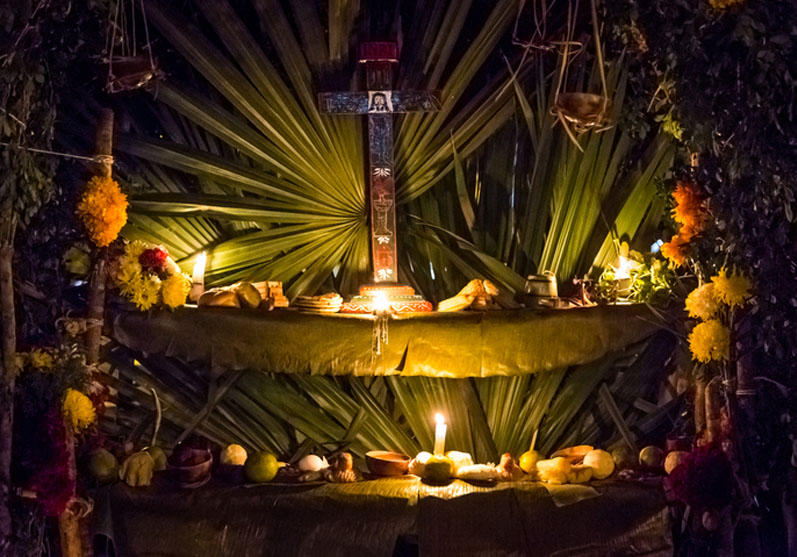 What happens during Day of the Dead?

Many Mexican families will visit cemeteries both to honour their deceased relatives and to celebrate the holiday with them.

They will sometimes spend entire nights at gravesites, creating an almost party-like atmosphere as they cover headstones in decorations and gifts. Instead of being a private affair, the celebrations are very much social in nature.

Music fills the cemeteries and special feasts are enjoyed in the graveyards. In addition to visiting cemeteries, families will also often construct special altars within their homes.

These sometimes elaborately decorated altars usually contain food and special offerings that are said to entice the spirits of loved ones into the homes.

At one time, the dead were often buried just outside the homes of residents in order for the spirits of relatives to remain close to the family.

Today, most deceased loved ones are buried in cemeteries, but the resident’s of some towns place a trail of flower petals leading from the cemetery back to their homes in order to make it easier for spirits to find their way to each home and family.

While the food is meant to attract the spirits of the dead, it is consumed by the living families once the dead are said to have had their fill of the aromas created by the various food dishes.

Those visiting Mexico during Day of the Dead 05/find it difficult to find sleep, since celebrations occur in the streets during all hours of the day. You can expect plenty of music, and possibly parades depending on where you are.

Many locals dress up in skeleton outfits while others paint their faces to look like skulls and wear brightly coloured dresses or suits. You 05/also notice brightly coloured tissue paper with elaborate cut-out designs hanging throughout the streets.

Known as papel picado, these decorative paper designs are also placed on the Day of the Dead altars within the homes. 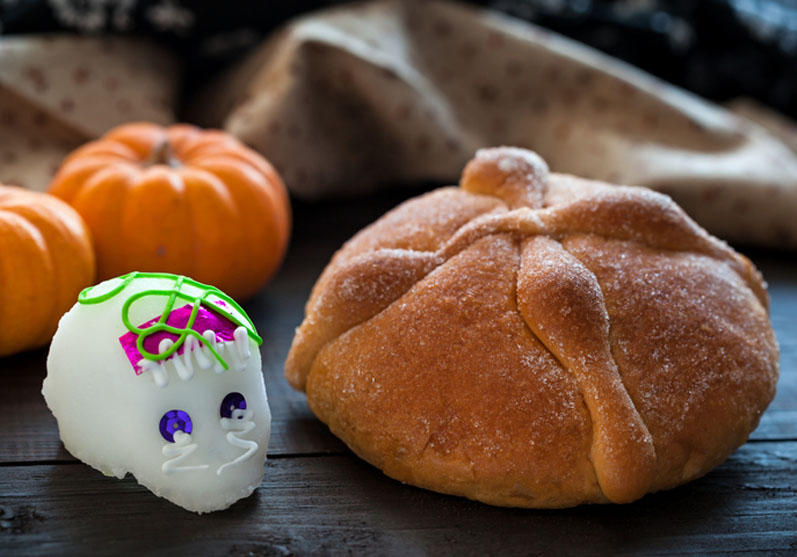 Day of the Dead cuisine

While families usually place the favourite meals of dead relatives on their graves or altars, the living members of the family also get to enjoy a feast.

Typical local dishes such as tamales and empanadas are served alongside special pan de muerto or bread of the dead. Candied pumpkin is another Day of the Dead favourite, which takes slices of pumpkin and coats them in a cinnamon and brown sugar glaze.

A hot and hearty maize-based drink called atole often washes down meals and helps to keep people warm throughout the night celebrations. Those wanting a colder drink will find plenty of red coloured Jamaican iced tea which is often very sweet tasting.

Chocolates and candies in the shapes of skulls and skeletons can also be found in many shops and families often craft skulls made of sugar that are either decorated with colourful and tasty icing or non edible craft items such as sequins and glitter.

The names of deceased loved ones are sometimes inscribed on the skulls as well. 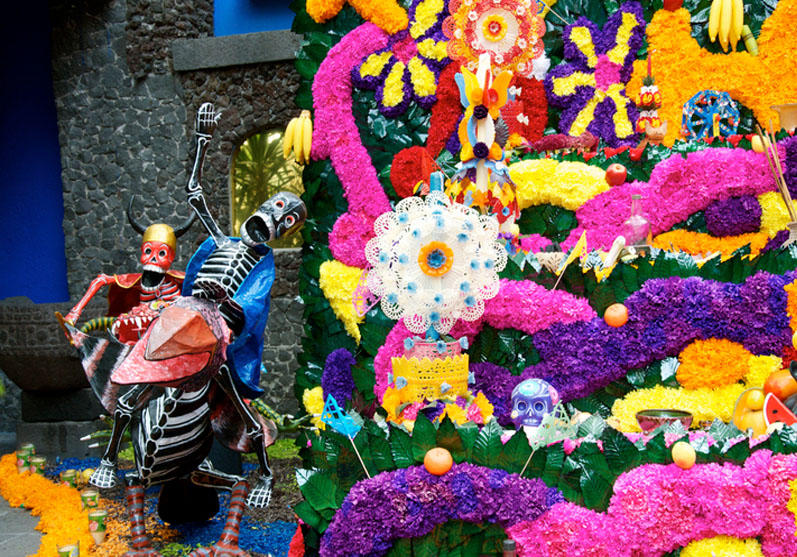 Best places in Mexico to enjoy Day of the Dead celebrations

Regions around Mexico each have their own unique way of celebrating Day of the Dead. Here are a few of the more notable locations that feature unique celebrations. 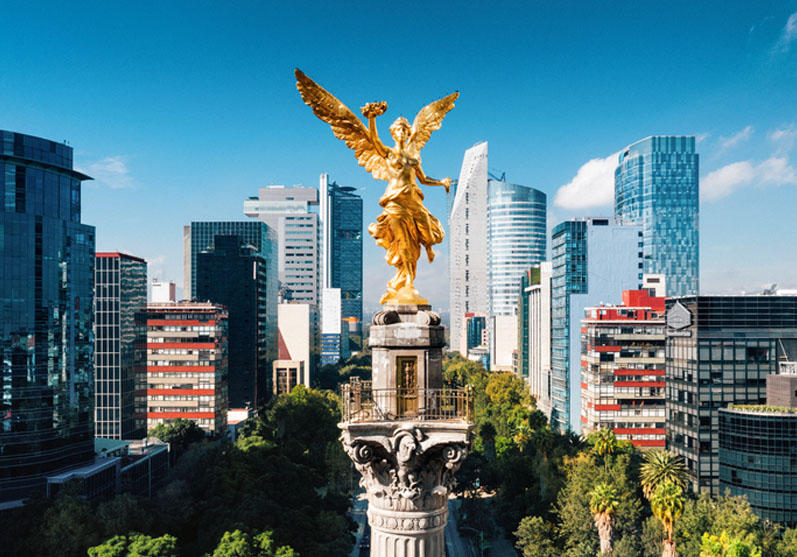 One of the most elaborate Day of the Dead celebrations takes place in Mexico’s capital.

Mexico City hosts an annual parade that is often held on the Saturday before Day of the Dead takes place.

The idea for a parade was conceived after a Day of the Dead parade was specifically created for scenes of the recent James Bond film Spectre. The film’s opening scene was in fact filmed in Mexico City.

The annual parade that now takes place in the city showcases the symbolism of the modern Day of the Dead celebrations as well as including ancient traditions of honouring the dead which were carried out by early inhabitants such as the Aztecs.

You can expect large parade floats that honour notable Mexican citizens as well as plenty of people dressed as skeletons or donning painted skull faces. The exceptionally colourful parade attracts large crowds of people each year who come to see the afternoon spectacle. 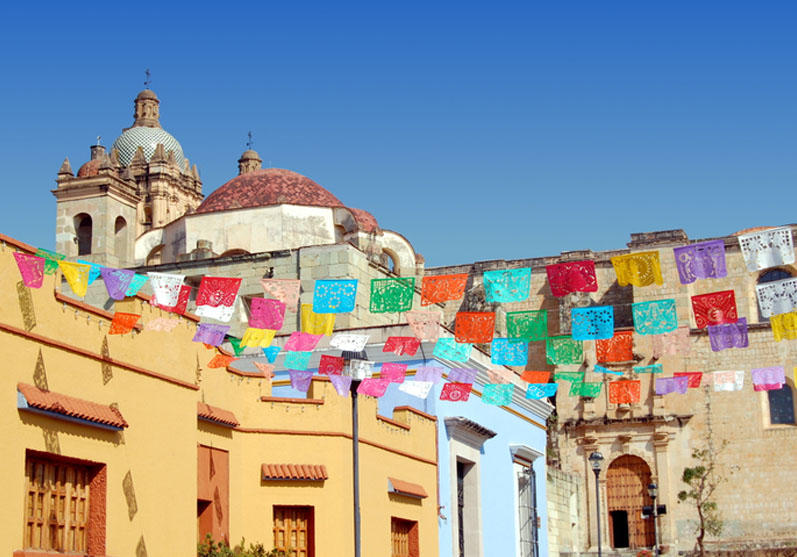 The state of Oaxaca offers special Day of the Dead markets where you can purchase pan de muertos and other treats alongside a wide assortment of skeleton and skull crafts.

Beautiful altars honouring the dead can be witnessed throughout the state and the Tuxtepec district is well known for the colourful sand tapestries that are created in the streets by its residents.

Be sure to not miss the giant altar and sand tapestry found in Oaxaca City’s Museo del Palacio during the Day of the Dead celebrations. Several cemeteries in and around the city offer a visitors a glimpse of how local families celebrate alongside the graves of their loved ones.

Notable cemeteries include Panteon San Miguel as well as nearby Xoxocotlan’s Panteon Viejo and Panteon Nuevo. Each of these cemeteries offers a carnival-like atmosphere that’s full of fun and excitement during Day of the Dead. 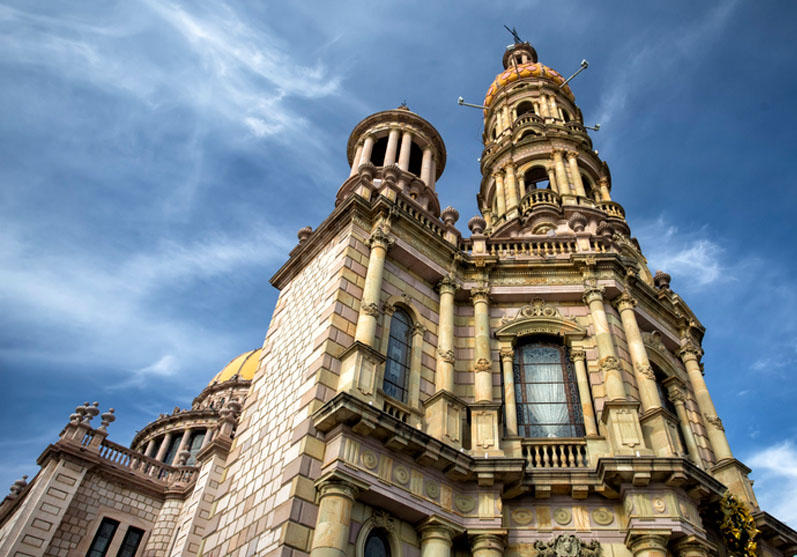 The city of Aguascalientes extends the Day of the Dead celebrations by hosting the ten day Festival de las Calaveras or Festival of the Skulls.

The exact dates of the festival can vary from year to year but always incorporates the dates of 11/1 and 2.

The free event offers dozens of fun activities including art exhibitions, live concerts, dance performances, amusement park rides, and booths selling handicrafts and food. There is also a grand Day of the Dead themed parade to be enjoyed. 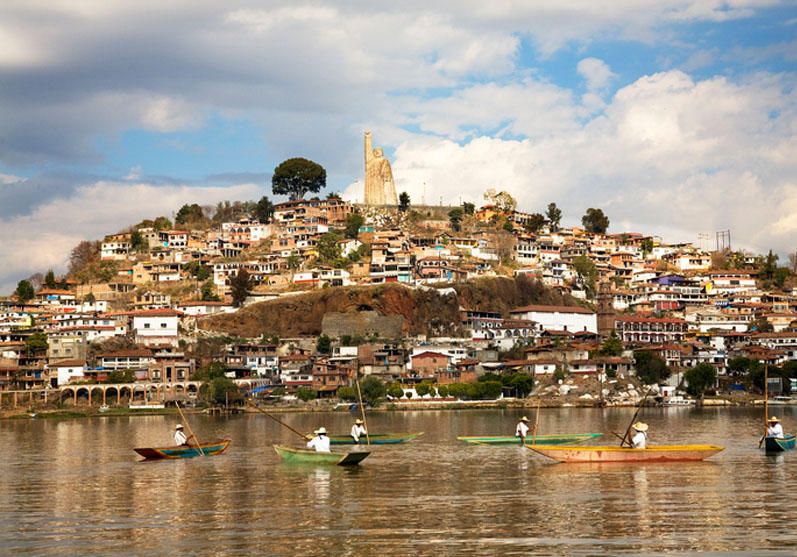 The town of Pátzcuaro also puts on one of the most notable Day of the Dead celebrations.

In addition to large markets being set up, cemeteries and churches are adorned with floral arches consisting of Mexican marigolds.

Poetry contests are held in which the content of the poems relates to death. Residents take canoes out on Lake Pátzcuaro and head to the island of Janitzio to honour dead relatives that are buried in the island’s cemetery.

Locals also gather for an ancient night-time Mesoamerican ballgame that was once played by the pre-Columbian peoples of Mesoamerica. The game is held in an ancient ball court and the ball is set on fire to light up the night.