A day in Italy with your mum

Express your love or “amore” for your mum this Mother’s Day by planning a trip with her to Italy.

Just like Australian’s, Italians will be celebrating their mammas this Festa della Mamma (Mother’s Day), by taking them out to dinner and showering them with respect and gratitude for all they have done.

Here are a few of our top recommendations for enjoying a truly memorable Italian holiday with your mum.

And while your mum can protect you from most things, give her a bit of a break when it comes to travel mishaps by covering your holiday with quality travel insurance should things not go exactly to plan. 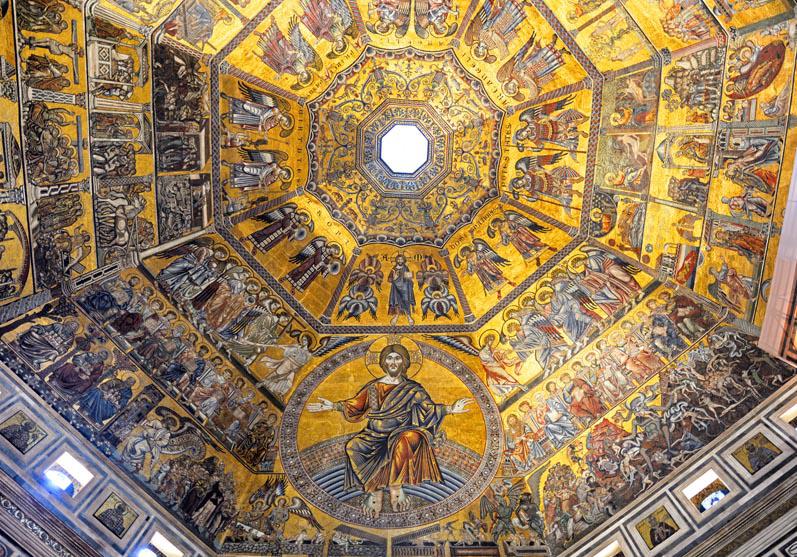 It should come as no surprise that Italy is the perfect place to bring your mum if she’s an art lover. A great place to start is Florence, where you can show her the famous 5-metre, very unclothed marble statue of David created by Michelangelo at the Galleria dell’Accademia.

Head to the Florence Baptistery to not only see where the Medici family was baptized, but also to see the famous bronze doors depicting biblical scenes which Michelangelo called the “Gates of Paradise”. While the doors which were created by Lorenzo Ghiberti on the Baptistery are now reproductions, you can view some of the originals on display at the Museo dell’Opera del Duomo.

You’ll also find unforgettable opera performances and classical concerts in Venice’s Gran Teatro La Fenice. Head to Verona, where you can place yourself right in the setting of Shakespeare’s Romeo and Juliet. Although Juliet was of course a fictional character, you can still visit her supposed house and balcony in Verona. 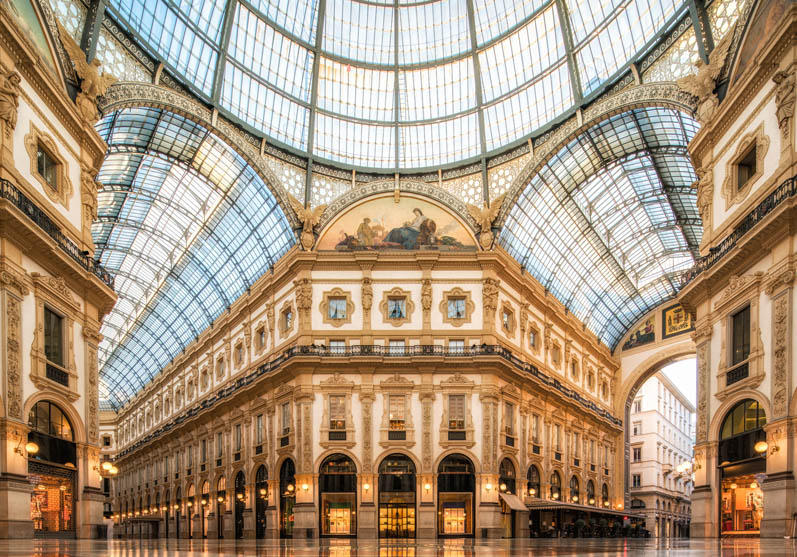 If your mum is into fashion, head to Milan, where you’ll find the birthplace of many of the world’s most sought after fashion brands.

The city is home to Dolce & Gabbana, Versace, Armani, and thousands of other fashion companies. The city’s Quadrilatero d’Oro district is the heart and soul of the fashion capital of the world, a place that is packed with haute couture.

The district’s Via Monte Napoleone is touted as Europe’s most expensive street, home to endless designer shoes and Gucci’s flagship store. You’ll run into Chanel on Via Sant’Andrea, Dolce and Gabbana and Tiffany & Co. on Via Della Spiga, and the Armani Megastore on Via Manzoni.

Not to be outdone when it comes to fashion, Rome is home to the giant fashion house that is House of Biagiotti, which is known for its clothing and perfumes. Rome is also home to Fendi, Bulgari, and Giorgio Armani’s protégé Stella Jean which looks to bring in a new era of fashion.

Break out your new clothes after shopping in Milan by heading to the Cinque Terre, where your beautiful fashion will complement the incredibly scenic villages set upon the rocky cliffs which overlook the Mediterranean. 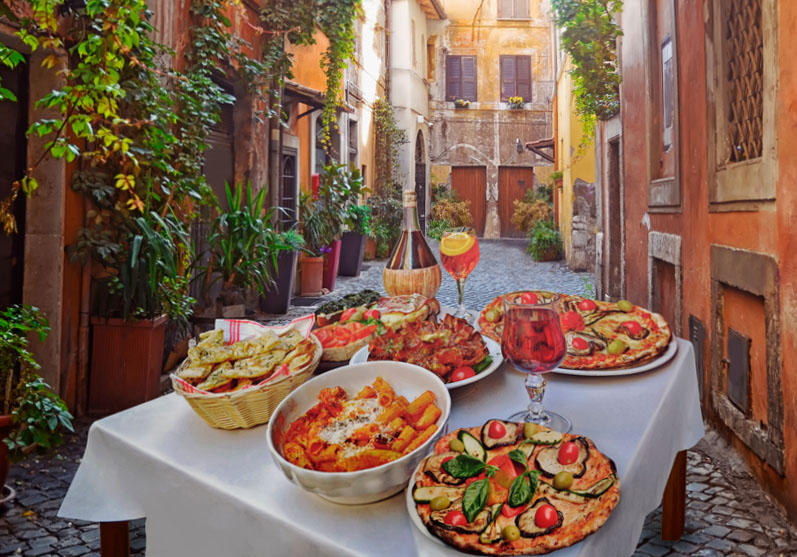 Almost anywhere in Italy, you are sure to be able to fill your mum with as much delicious food as she has filled you with love over the years.

Head to Veneto to taste real tiramisu in the place where it was invented. Naples is of course the birthplace of modern pizza, where you can taste authentic Neapolitan pizza which is so incredibly good that it has been recognised on UNESCO’s list of intangible cultural heritage. 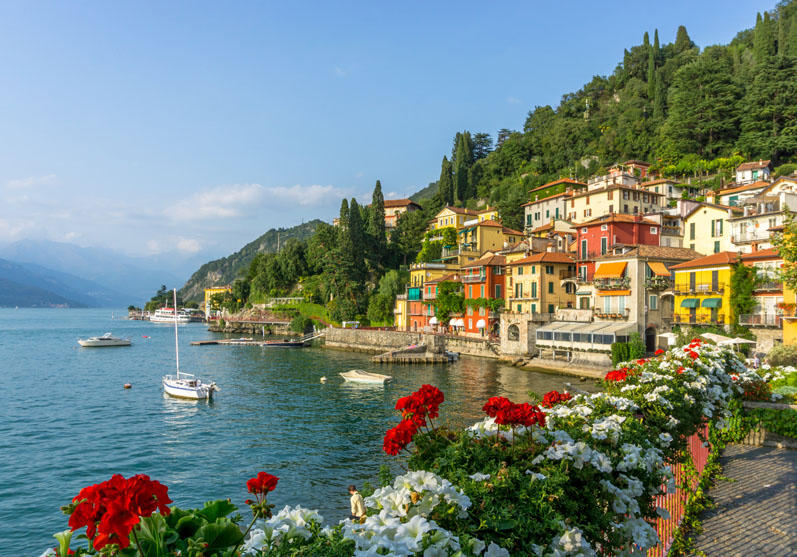 Lake Como in Lombardy is where celebrities and the ultra rich go to play.

It is probably most well known for Villa L’Oleandra, the summer residence of George and Amal Clooney. Other notable celebrities that have either owned or currently own homes in Lake Como include Madonna, Versace, and Richard Branson.

You never know who you might rub shoulders with. Sardinia, Italy’s second largest island behind Sicily, is home to some of Europe’s most stunning white beaches. Hotels on the island have hosted notables such as Denzel Washington, Bradley Cooper, and Elton John. If you needed any more proof on how luxurious it is, it has even been a film location for James Bond.

Though you’ll find just as much luxury back on the mainland along the Amalfi Coast where you can charter a luxury yacht to be in the company of stars like Beyoncé who visit nearly every summer and do the same. Relax at luxurious beach clubs, dine in Michelin-star restaurants, do some high-end shopping, and simply take in the dramatic views from the cliff tops over the sea.