Crazy Museums Around the World

When you think of a museum, images of priceless paintings and artefacts usually come to mind. However, this is not always the case.

In today’s competitive business of trying to grab the attention of tourists, museums around the world have begun offering visitors more outlandish collections with eccentric displays that are sure to excite your senses.

You don’t have to travel far to experience crazy museums, Tasmania for instance offers visitors the Pooseum, a museum solely dedicated to displaying the faeces of animals around the world.

Our island state also features MONA, the controversial museum that continually pushes the boundaries of what we think of as art. Encourage yourself to look beyond the Smithsonian or the Louvre and seek out some of the world’s more peculiar museums.

Here is a list of some of our favourite unusual museums. And just in case the craziness of your holiday extends beyond these peculiar museums, be sure to protect yourself with quality travel insurance which will cover you for a range of travel-related calamities. 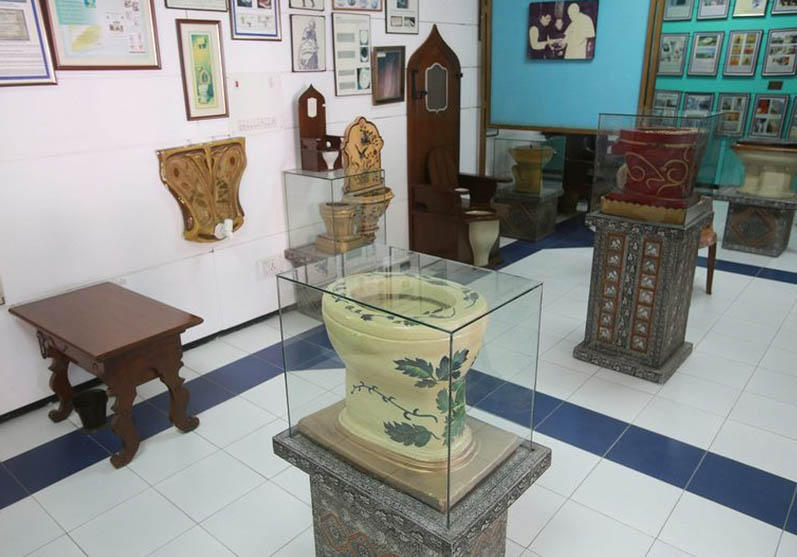 For a museum that is both informative as well as a bit humorous, India’s Sulabh International Museum of Toilets displays a large collection of toilets from around the world.

It is said that around half of India’s population does not have a toilet in the home, and the museum’s hope is to bring attention to the importance of having proper sanitation.

A visit to the toilet museum reveals toilets that date all the way back to 2500 BC, as well as more modern and elegant Victorian toilets as well as a toilet that has been built into a bookcase

Discover the evolution of the toilet and learn bathroom customs from around the world in a museum that consistently ranks as one of the world’s most unusual. 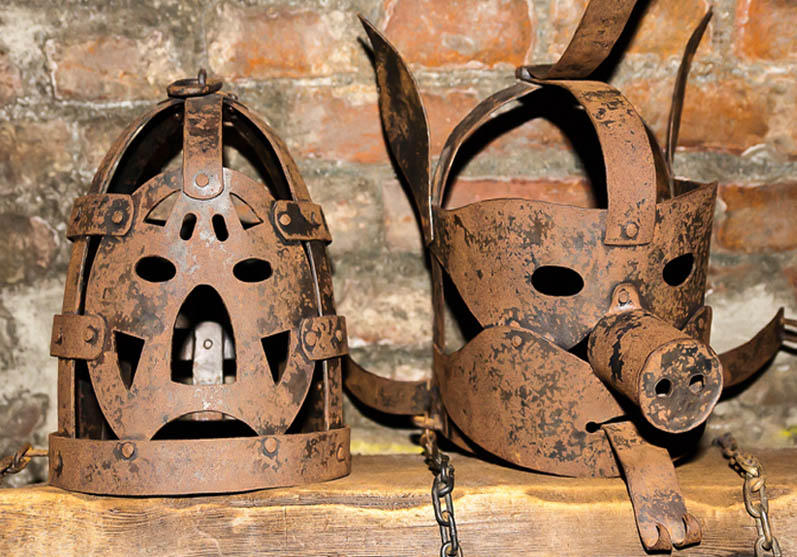 Amsterdam offers dozens of museums, such as those dedicated to the works of Rembrandt and Van Gogh, but one of the city’s museums stands out in the crowd a bit more than the others.

To some people, the idea of spending hours in museums can seem a bit torturous, but Amsterdam’s Torture Museum takes things a bit further by actually focusing on torture itself.

Dive into Europe’s dark past to learn what torture devices were actually used and view a mix of around 40 genuine and modern recreations of painful instruments that are sure to have induced pain and a few screams. 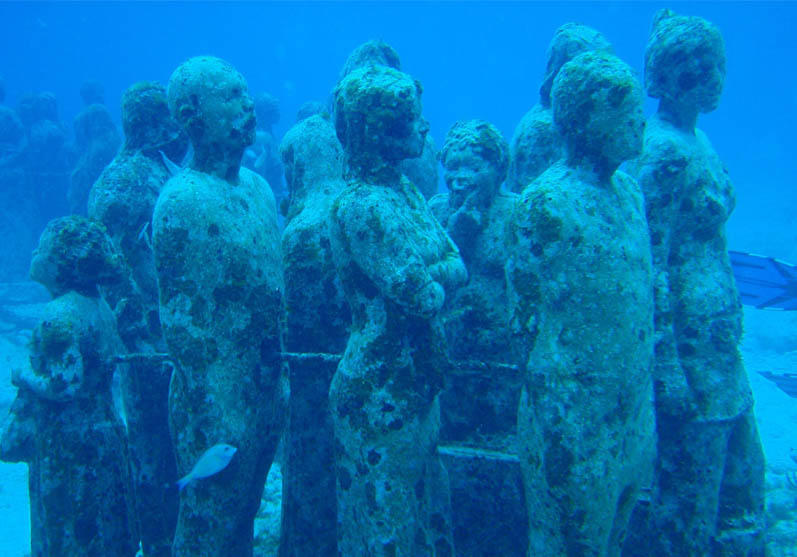 A museum that is really making a difference when it comes to saving our oceans, MUSA is an underwater museum that doubles as an artificial reef.

Located off the coast of Cancún, Mexico, MUSA features around 500 sculptures that are permanently fixed to the seafloor some three to six metres beneath the surface.

The sculptures feature mostly human figures set in different religious, political, and social settings. There is, however, a sculpture of a Volkswagen Beetle amongst the human statues.

Constructed of pH-neutral marine concrete, the sculptures promote the growth of coral and attract a range of tropical fish and other marine life.

Created by British sculptor Jason deCaires Taylor long with several additional local Mexican sculptors, the artificial reef and sculptures help to lure tourists away from natural reefs that have been damaged due to the effects of human disturbance and climate change.

Visitors can experience the underwater museum by snorkelling, scuba diving, or via glass-bottom boat tours. 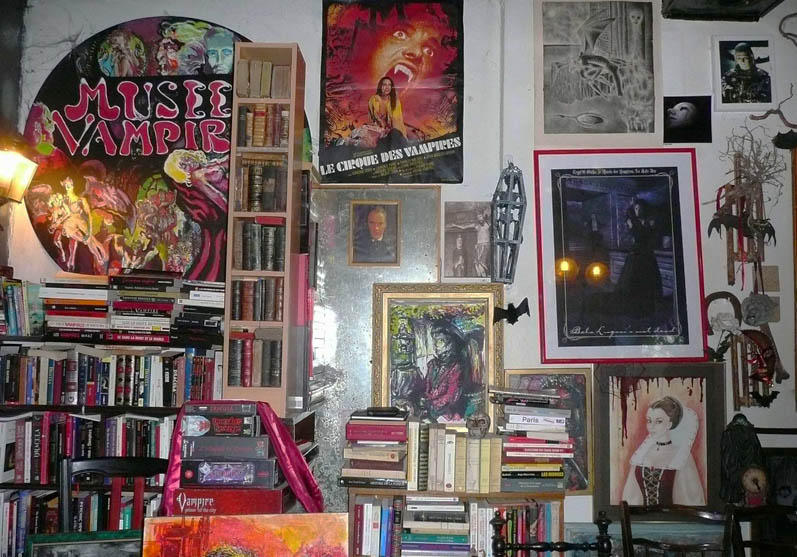 Paris 05/be known as the city of love, but a small private museum on the outskirts of the city offers up nothing but terror.

You 05/want to avoid this museum if you’re not fond of donating blood, because it is purely devoted to Vampires.

The Musée des Vampires, or Vampire Museum, offers up an assortment of vampire and Dracula related artefacts that are sure to turn any ordinary day into a Halloween celebration.

Learn everything you wanted to know about vampires from the museum’s eccentric owner who acts as an English teacher by day and a so-called Vampirologist by night.

On display are old books on bloodsuckers as well as an authentic anti-vampire kit from the 1800s, a mummified cat, and genuine human remains set in the museum’s graveyard-like garden.

You can also learn the names of Hollywood actors who have played Dracula in films, as the museum contains a display of autographs of the actors who played the roles.

Conveniently, there is a grocery store just a short walk away from the museum where you can pick up some garlic to make certain you’ll keep the vampires at bay. 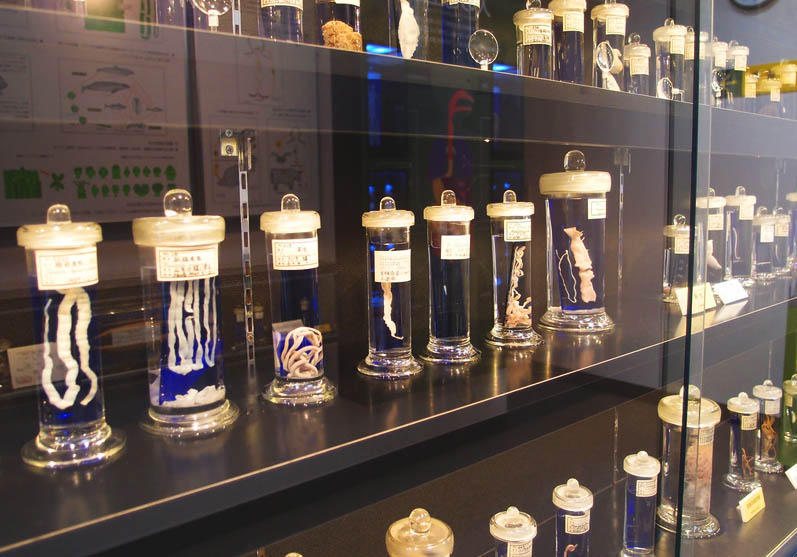 You 05/not want to visit Tokyo’s Meguro Parasitological Museum if you’re a germophobe, since it contains over 60,000 parasites.

Thankfully, you are highly unlikely to pick up any parasites as unwelcomed souvenirs since the roughly 300 parasites on display are preserved in jars of formaldehyde.

Learn everything you ever wanted to know about the creepy crawlies that 05/be living inside or on your body like Giardia, malaria scabies, head lice, and more. You’ll even witness an unimaginable 9-metre long tapeworm that was removed from a poor individual.

The museum features two floors of parasite displays, one floor almost exclusively being devoted to parasites that affect humans.

Prepare yourself to feel uneasy as you browse confronting photographs of parasites and real-life parasite specimens that humans regularly deal with.

If for some reason you wish to learn more about the bugs that wish to do us harm, the museum’s library holds a collection of around 5,000 books that are devoted to the topic.