Human engineering is an incredible thing.

Modern history has seen us build bridges across rivers like London’s Tower Bridge over the Thames, cross coastal seas like the Golden Gate Bridge over San Francisco Bay, and even connect continents like the Bridge of the Americas in Panama.

While there 05/be a lot of recent talk about building walls and securing borders to separate countries, bridges actually help countries and cultures connect. We believe this is something that should be celebrated, so have put together the following list of our favourite bridges to that effect.

While these convenient bridges 05/allow you to safely travel between two countries, don’t forget to let travel insurance be your bridge over trouble water should you run into any unforeseen travel disruptions or accidents along the way. And remember to have your passport handy as you’re crossing! 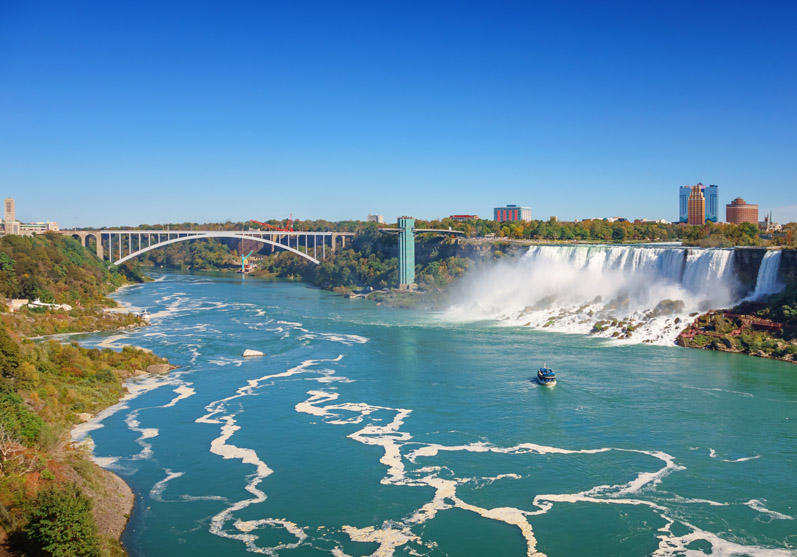 Connecting the United States and Canada, the Rainbow Bridge connects two different cities named Niagara Falls, one in Ontario and one in New York.

With incredible views of the famous Niagara Falls to the west, it’s a great place to check out the nightly illuminations that take place at the falls throughout the year or the nightly fireworks that occur during the summer months.

The bridge is available to both vehicles and pedestrians, costing just a US$1 to walk across and around US$4 if crossing on four wheels. The bridge opened in 1941, replacing the Honeymoon Bridge which collapsed due to ice.

The dividing line between the two countries lies in the middle of the bridge, meaning you can literally have one foot in each country at the same time while technically not standing on any land. 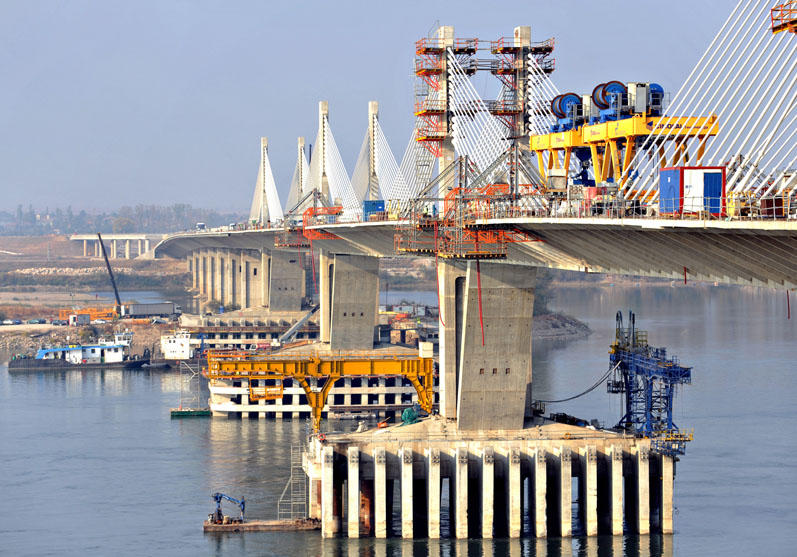 While it 05/not have the cleverest of titles, the New Europe Bridge is aptly named since it was recently completed in 2013.

Connecting Bulgaria and Romania, the bridge is the second to span the Danube River in order to connect the two nations. This led to the bridge originally being given the even more creative name of Danube Bridge 2.

The bridge spans nearly 2,000 metres and acts as both a four lane vehicle bridge and railway bridge. You can also choose to walk the nearly two-kilometre length of the bridge if you wish.

It was hoped the bridge’s construction would bring a bit of economic prosperity to the two impoverished nations of the European Union but the bridge has so far failed to deliver such a result. 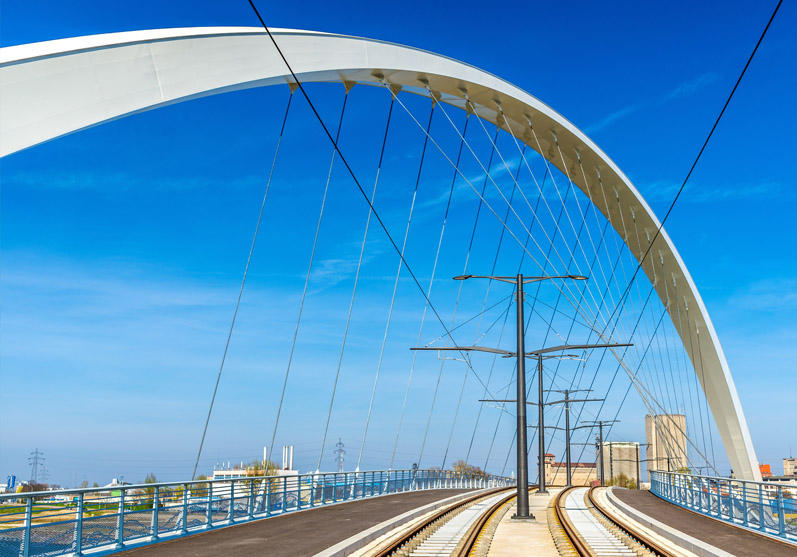 While the Three Countries Bridge is somewhat misleading since it technically only connects two countries, a third country isn’t too far away.

The bridge allows one to easily see three different countries in under an hour if they wish. The bridge spans the Rhine River, linking Germany with France, and is solely used for pedestrian and bicycle traffic. Head just a few kilometres to the south of the bridge on the French side and you will run into Switzerland.

The bridge is divided so as walkers and bikers each have their own devoted lanes that run the entire 250 metres of the bridge. The steel arch bridge became the largest single-span bridge to be used strictly by pedestrians and bicyclists. A stroll across the bridge offers lovely scenery, including beautiful mute swans swimming below on most occasions. 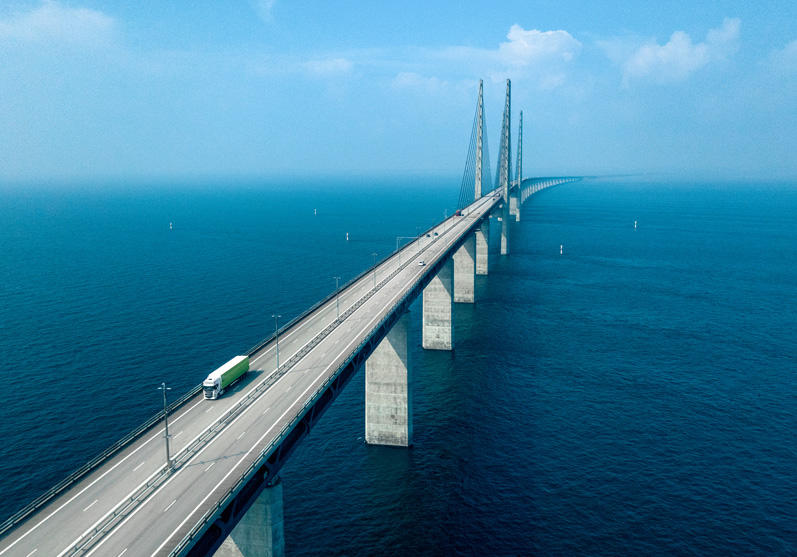 The Øresund Bridge is Europe’s longest combination road and rail bridge connecting Sweden and Denmark with a little help from an undersea tunnel.

The actual bridge heads out roughly eight kilometres from the Swedish coast, crossing over the Øresund Strait until it reaches a man- made island. From here it’s lights out as you take the underwater Drogden Tunnel the remaining four kilometres to Denmark near the capital of Copenhagen.

Completed at the turn of the 21st century, much of the bridge was built on land and towed into place over the strait.

The artificial island linking the bridge and tunnel is known as Peberholm, and has become home to an abundance of plants and animals that have colonised the area without human involvement.

Over 400 plant species, insects, nesting birds, hares, and even a rare variety of toad have since made the island their home. 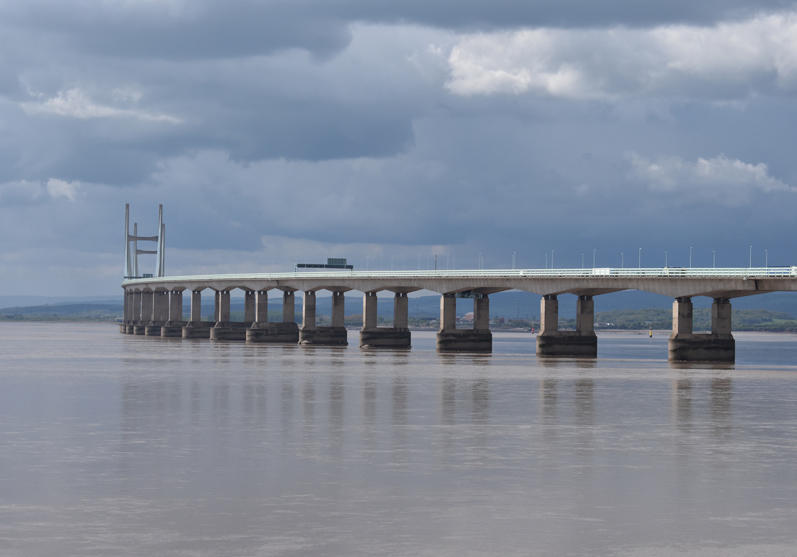 The United Kingdom 05/be burning bridges with the European Union, but the Prince of Wales Bridge allows the sovereign nation to keep its member nations England and Wales connected by spanning the River Severn.

The bridge was originally named the Second Severn Crossing due to the fact there already was a Severn Bridge located just to the north which was opened by Queen Elizabeth II, in 1966.

Unlike the older Severn Bridge which is a suspension bridge, the Prince of Wales Bridge is a cable- stayed bridge that lacks a cycle and footpath which the former offers.

The new bridge was recently renamed to honour Prince Charles who inaugurated the bridge upon its completion in 1996.

You can still walk or drive the roughly 1.5-kilomtere old Severn Bridge to reach Wales from England, but you’re out of luck when it comes to walking or biking down the M4 over the newer Prince of Wales Bridge.