7 cities that will remind you of your favourite book

Our favourite novels allow us to escape into another world. Our imaginations allow us to create a picture of what the story’s setting 05/look like. There are times, however, when authors choose real life places as the settings for their stories, places we can therefore actually visit.

Make your favourite literary works come alive by visiting some of these incredible destinations in which some of our most beloved books have taken place. In many cases you will be able to stand in the same settings or touch the very same buildings which were described by the words of famous authors. So put that book down and take one of these great trips to make a real life story of your own. 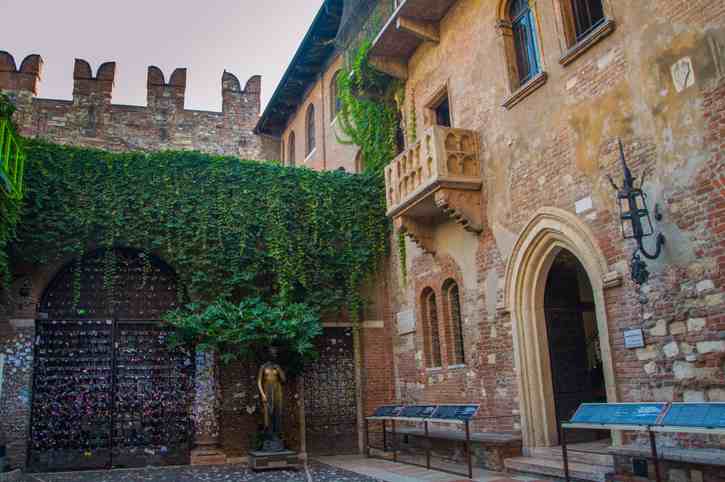 Re-live the tragic love story of Romeo and Juliet in Verona, the “City of Love”. Although the lovers and their story 05/have been fiction, the two families involved, the Capulets and the Montagues, were in fact real families from Verona.

Visit Juliet’s House (Casa di Giulietta), a 13th century building with internal court and balcony where you’ll find a bronze statue of Juliet herself. Nearby you can walk by Romeo’s house although no tours are allowed to the public as it is a private residence.

Volunteers of the Juliet’s Club in Verona respond to countless letters which are sent by people worldwide to the city each year and the volunteers respond to the letters as if they were Juliet herself.

While in Verona be sure to visit the 1st century Arena di Verona, a Roman amphitheatre, as well as the city’s medieval towers and stunning churches. 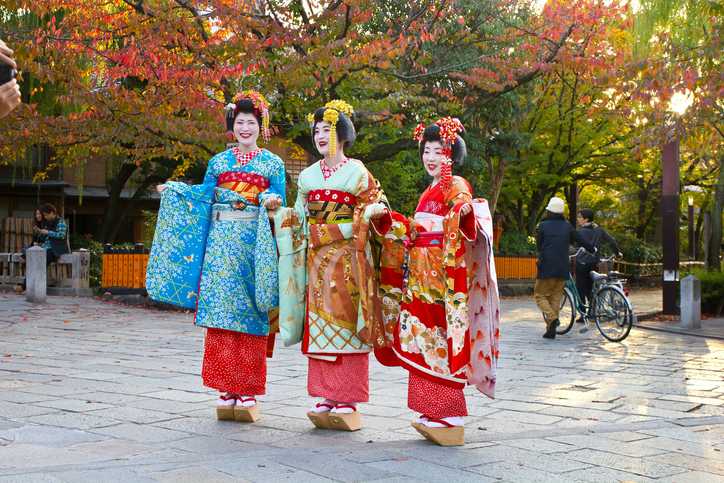 Memoirs of a Geisha: Kyoto, Japan

Relive Arthur Golden’s tale of a Kyoto born Geisha (Japanese female entertainer) which takes place after WWII. Visit Gion Corner where hundreds of Geisha still exist or make a wish in the Fushimi Inari shrine as young Sayuri did in the movie adaptation, where she hoped for a better life.

The city springs to life during the Hanami or cherry blossom season each spring where it snows pink flower petals. You also have countless temples and shrines to explore, stunning gardens, and up close and personal encounters with monkeys. 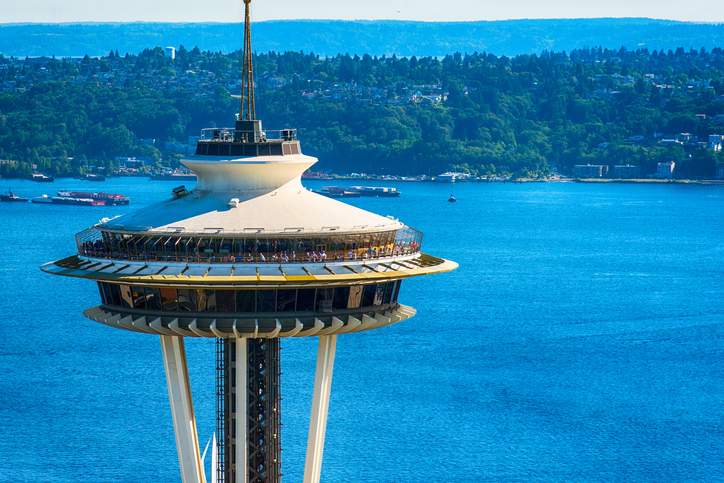 Spice things up a bit by visiting the very place where Anastasia Steele was seduced by Christian Grey. Although the movies were filmed around the city of Vancouver in Washington, the book trilogy mainly takes place in Seattle as well as Portland.

In addition to all Seattle’s top attractions like the Space Needle and Pike Place Market, take a tour of all the city’s spots where the pair got hot and heavy. You’ll probably start your journey at the Sea-Tac Airport which Anastasia and Christian used. After that, head to Elliott Bay Marina and maybe sail away on the Puget Sound or check out Columbia Tower Club where the couple dined.

Hotels like The Edgewater offer Fifty Shades packages where you can drive an Audi and fly over the city via helicopter. 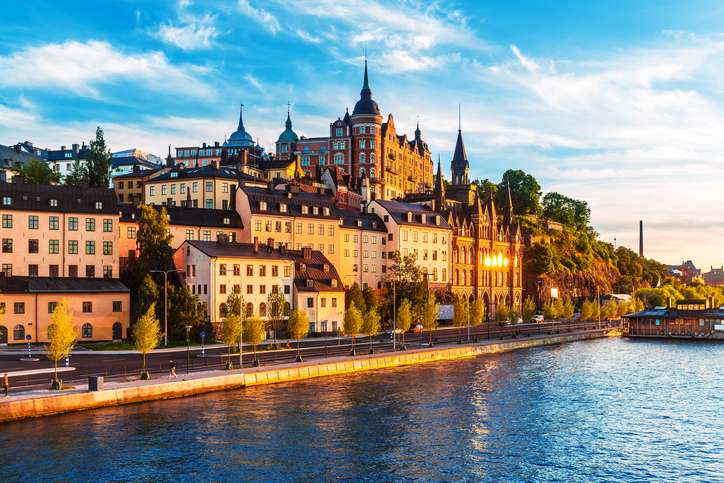 The Girl with the Dragon Tattoo: Stockholm, Sweden

The Swedish writer, Stieg Larsson, chose Stockholm as the setting for his Millennium Trilogy, which consists of The Girl with the Dragon Tattoo, The Girl Who Played with Fire, and The Girl Who Kicked the Hornets’ Nest. Originally planned to be a ten part series, the author’s life was sadly cut short, with all three books of the Millennium Trilogy published posthumously.

Visit the island of Södermalm located within Stockholm with its eclectic cafes and art vibe. Walking tours of the island as well as the central Stockholm district will allow you to see with your own eyes the same very places depicted within the novels. 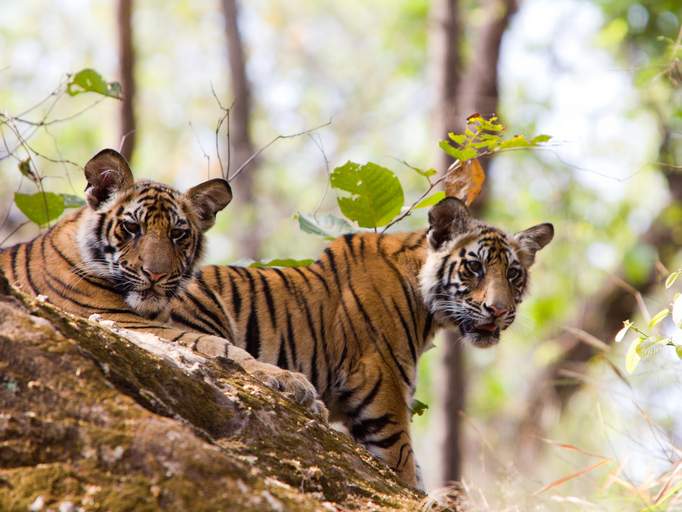 Walk in the footsteps of Mowgli as you visit this region of India where the story unfolded. India’s second largest state, Madhya Pradesh lies in the heart of India where you can encounter many of the animals depicted in the book’s tale.

Born in India, the book’s author Rudyard Kipling no doubt fell in love with the area’s wildlife, natural wonders, and numerous temples. Lucky travellers have the chance to come face to face with wild tigers in Bandhavgarh National Park or Pench National Park. Archaeology enthusiasts will also want to be sure to visit the Bhimbetka Palaeolithic rock shelters.

Just don’t expect to see any orangutans as they are restricted to Southeast Asia. 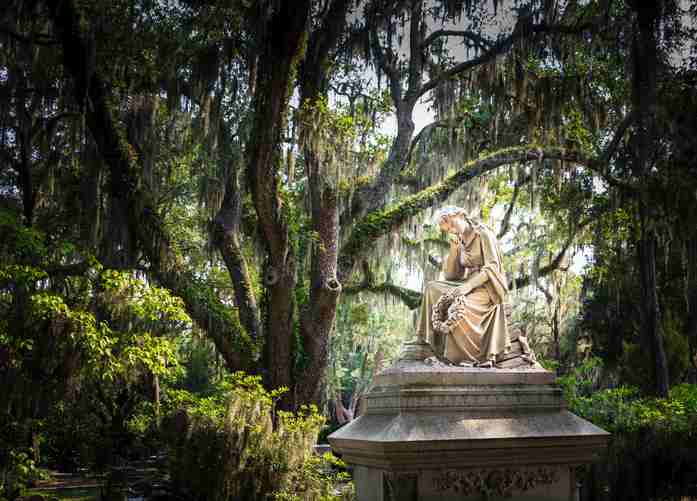 Midnight in the Garden of Good and Evil: Savannah Georgia, USA

The non-fiction novel by John Berendt helped make this beautiful historic U.S. city more popular with tourists. The book is based on a 1981 murder trial and paints a vivid picture of Savannah and its people at the time.

Several walking tours are offered which take visitors around the city to see the sites depicted within the book. Visit the eerie yet beautiful Bonaventure Cemetery where the Bird Girl statue made famous by the book’s cover once stood. You can now visit the statue in Telfair Museums which is also located in Savannah.

You will fall in love with the city’s Spanish moss covered trees, antebellum architecture, and horse-drawn carriages. 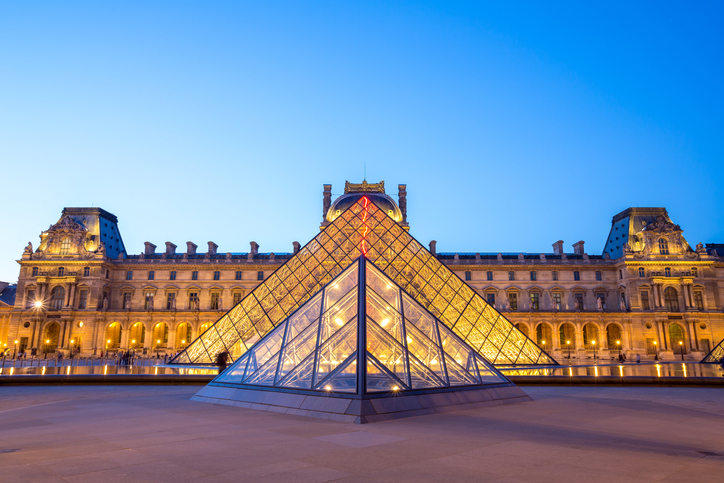 Pretend you’re Robert Langdon and try and crack your own Da Vinci Code in Paris where a large part of the detective mystery plays out. The story which explores the relationship between Jesus Christ and Mary Magdalene along with possible descendants became extremely popular and controversial only to be outsold in its publication year by Harry Potter himself.

Visit the famous Louvre where in the book the museum’s curator Jacques Saunière was murdered. Stay in the Hotel Ritz or visit one of the other iconic sites in the story like Saint-Sulpice Church, Comédie-Française, and Le Palais Royal. There is definitely more to Paris than just the Eiffel Tower or Moulin Rouge.

While insurance policies aren’t the most riveting read, make sure you’re set with comprehensive travel insurance before you head overseas.