Colombia: One of the world’s most biodiverse countries

4 de February de 2020
Home » Blog » Colombia: One of the world’s most biodiverse countries

Colombia’s biodiversity stems from its vast array of ecosystems which include tropical rainforests, cloud forests, savannahs, and moorland.

The world is home to 17 megadiverse countries of which Australia is proudly one.

Megadiverse countries are those that exhibit a great deal of biodiversity and are home to great numbers of endemic species.

Some estimates say Colombia 05/be home to roughly 10% of the world’s plant and animal species, which adds up to be a staggering number of birds, insects, flowers, mammals, reptiles, amphibians, and more.

Thousands of these species are considered to be endemic or unique to the country. The Andes and the Amazon meet to create a truly magical ecotourism hotspot.

Sadly, roughly half of the country’s ecosystems are deteriorating and this is threatening the continued survival of many of its plant and animal species.

Every living plant and animal no matter how small plays an important role in an ecosystem, and maintaining a high biodiversity ensures sustainability for all life on Earth.

Let us look at just some of the amazing plants and animals you can encounter on your next eco-holiday to Colombia.

Although it can, quite literally, be a jungle out there, purchasing South American travel insurance will allow you to rest assured that you’ll be covered for many of the epic adventures that await you in this exceptional biodiverse region of the world. 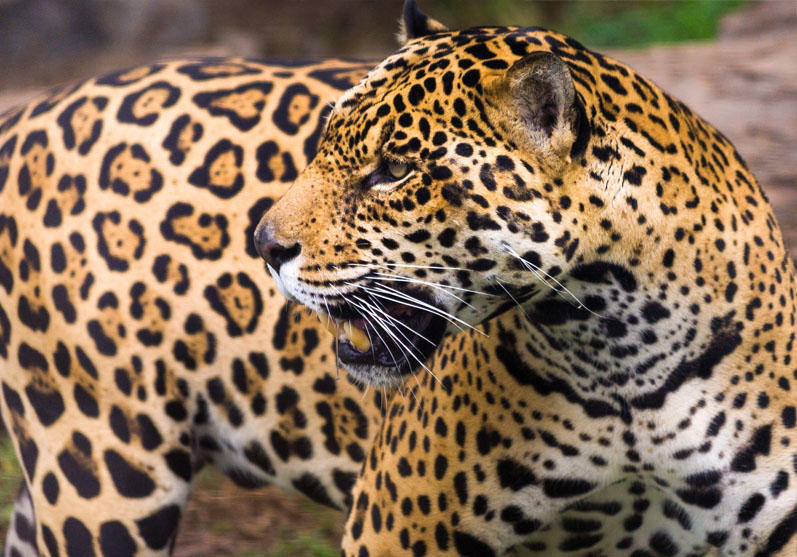 South America’s apex predator, the jaguar is one of the world’s largest feline species and considered a keystone species in the ecosystem.

This beautiful cat with its striking rosettes isn’t afraid to get wet and is powerful enough to take on caiman. Solitary, elusive, and threatened, the jaguar is difficult to observe in the world and more commonly it is its tracks which are seen.

Jaguars not only call Columbia home, but can also be spotted from northern Argentina up into the extreme southern deserts of the United States. A much rarer melanistic form of jaguar also exists and is commonly referred to as a black panther.

Outside of Colombia, Brazil’s Pantanal region is one of the last natural strongholds for the species. 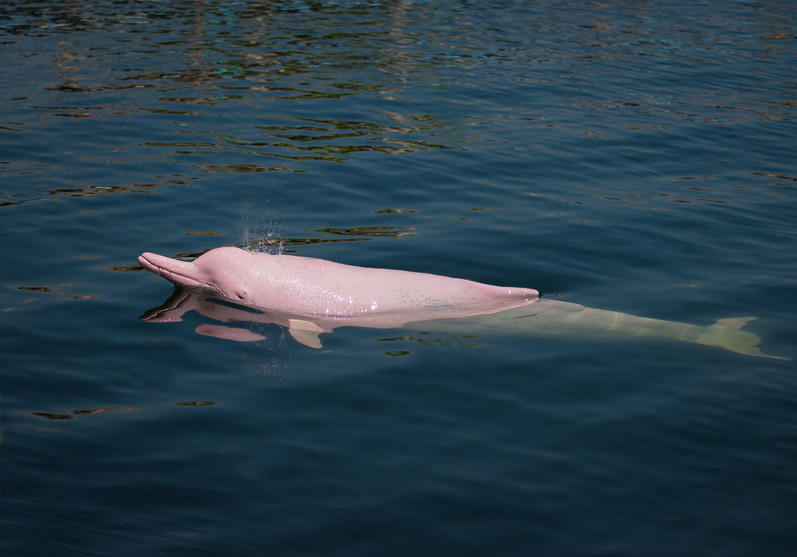 The largest species of river dolphin in the world, the Amazon River dolphin can reach lengths of eight feet and weigh over 200 kilograms.

While they 05/be called Amazon river dolphins, they can be found in many rivers and tributaries throughout South America.

The dolphins are also often referred to as pink river dolphins due to the fact adults, especially males, can take on a vivid pink colouration due to skin abrasions they receive from fighting or their natural environment.

Like all dolphins, Amazon river dolphins are very intelligent and have an advanced echolocation system that allows them to catch fish in murky river waters. They feed on many types of fish including sharp-toothed piranhas.

These pink dolphins are often curious of humans and many times approach and engage with swimming humans. 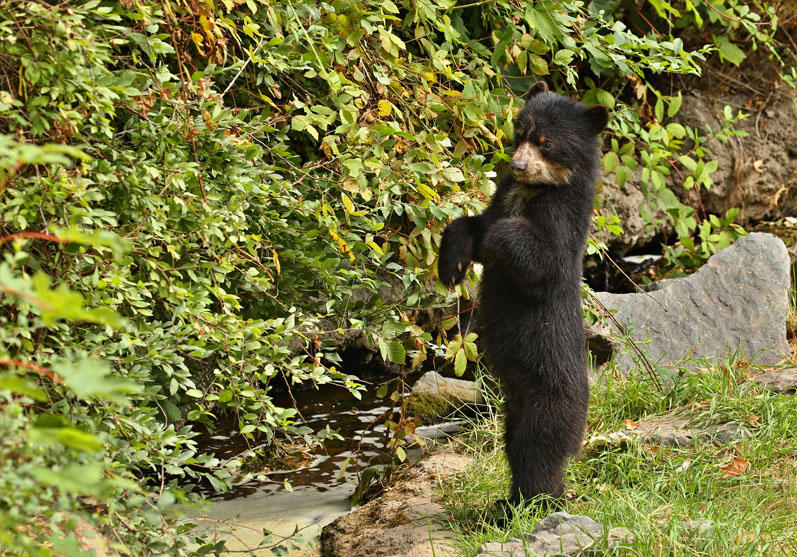 South America’s only bear species, the spectacled bear gets its names from its distinctive fur markings on its face which sometimes make them look as though they are wearing glasses.

They are also often called Andean bears as they are found throughout the north-western regions of South America in the humid montane or cloud forests along the Andes. The bears are listed as vulnerable, with their major threats being poaching and habitat loss.

While spectacled bears are generally herbivores, eating plants such as cactus and bromeliads, they have been known to take on both medium-sized and large mammals.

This highly adaptable bear is the species of bear for which the fictional Paddington Bear represents, the beloved little Peruvian bear from children’s literature. 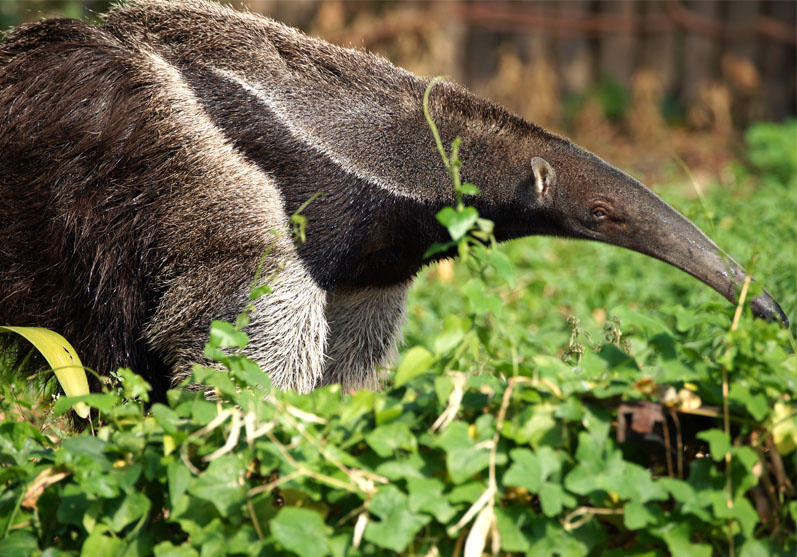 One of Colombia’s strangest animals is the giant anteater.

Also known as ant bears, these anteaters can reach sizes of over two meters in length, sporting a long nose and large tail, which looks like an odd mop or feather duster.

It roams the open plains of Colombia, using its large ten-centimetre-long claws to tear into termite mounds and its long sticky tongue to consume its prey.

While generally docile, it has been known to successfully defend itself against jaguars and there are reports of giant anteaters severely wounding and killing humans after feeling cornered. They can rear up on their back legs and deliver dangerous blows with their long claws. 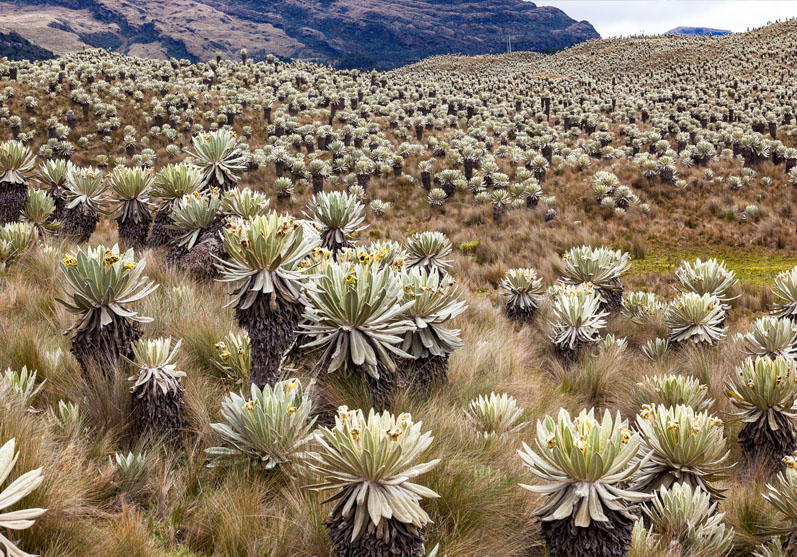 Frailejones are a genus of perennial shrubs that only exist between 3,000 and 4,800 metres above sea level.

These plants are found in an ecosystem known as a páramo which lie between the continuous forest line and permanent snowline in the northern Andes. Some believe this type of ecosystem to be one of the planet’s fastest evolving ecosystems, and many of the world’s páramos are found in Colombia.

The plants have thick trunks and radiating hairy leaves, often with yellow flowers. Climate change is said to be contributing to the plants’ decline, coming under attack from species of beetle larvae, moths, and fungi normally found at lower altitudes where it was historically warmer.

The survival of these plants is important as they capture water from cloud-produced water vapour which then gets released into the soil. This in turn creates bodies of waters that eventually form rivers to transport the water down into the lower altitudes. 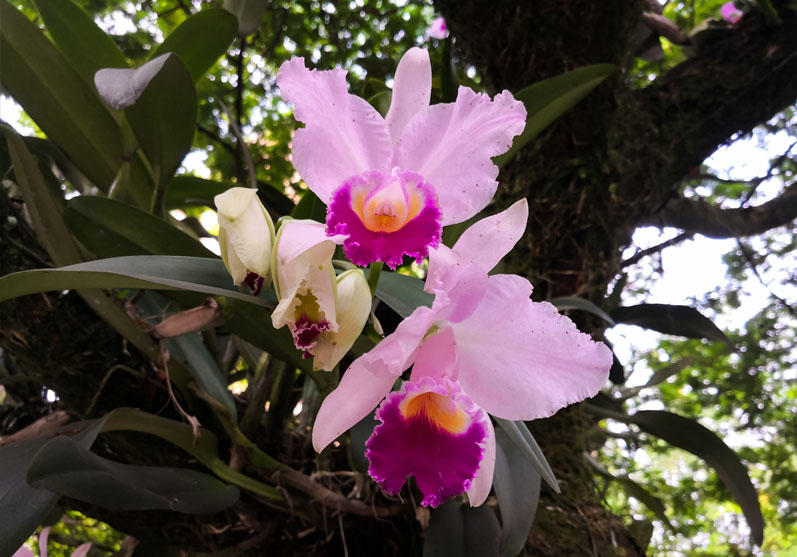 Colombia’s national flower is an orchid species known as the Flor de Mayo or 05/Flower.

Ironically, it also goes by the name of Christmas orchid. The epiphytic orchid grows in Colombia’s cloud forests where it has become endangered due to loss of habitat. The orchid’s scientific name honours the 19th century Colombian botanist José Jerónimo Triana.

In addition to the Flor de Mayo orchid, there thousands of other orchid species found within the country. It is actually said that Colombia contains the largest number of orchids in the world. Various species bloom at different times of the year, some plants living to be 100 years old. 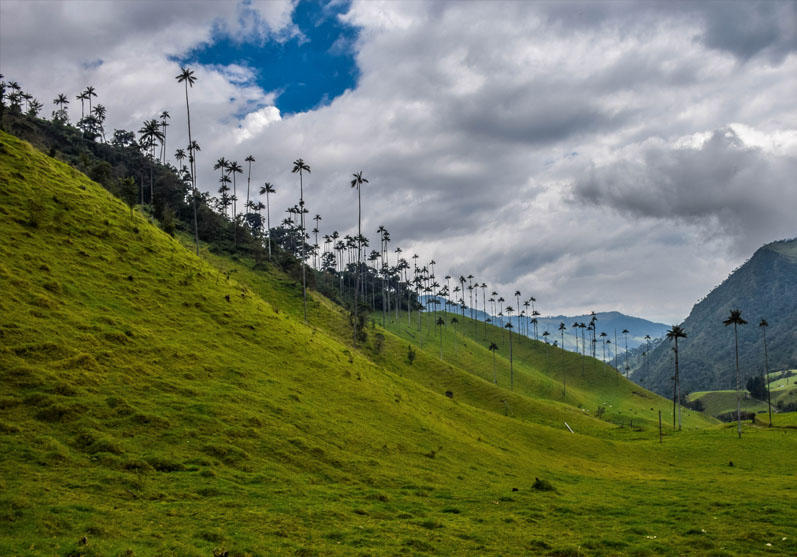 Commonly called wax palms, these trees can reach heights of 60 metres. Its common name comes from the fact its trunk is covered in wax which was historically used to make 19th century candles.

The tree has been declared Colombia’s national tree but despite this the palms are facing the threat of overharvesting. The palm’s fruit is used to feed livestock and its trunk used to construct water supply systems and buildings.

Unlike palms found along the coastline, these palms grow 2,000 to 3,000 metres above seas level.

Only through conservation efforts will many of Colombia’s incredible species survive to see the next century.