Best Cities around the World for Historical Art

Most of us have heard of great artists like Michelangelo, da Vinci, and Rembrandt, but have you actually seen their great masterpieces outside the pages of a book?

To truly appreciate some of the world’s most historic pieces of art, there’s nothing quite like seeing the originals with your own eyes.

Celebrate our most recognised artists throughout history by paying a visit to the world’s best art museums. We have created a palette of cities you should definitely check out if you’re a lover of historic art.

One thing that doesn’t paint a pretty picture, however, is travelling abroad without travel insurance. While you 05/not lose an ear on your holiday like Van Gogh, you 05/encounter many accidental slips of the brush when travelling, and insurance can help you recover the associated costs. 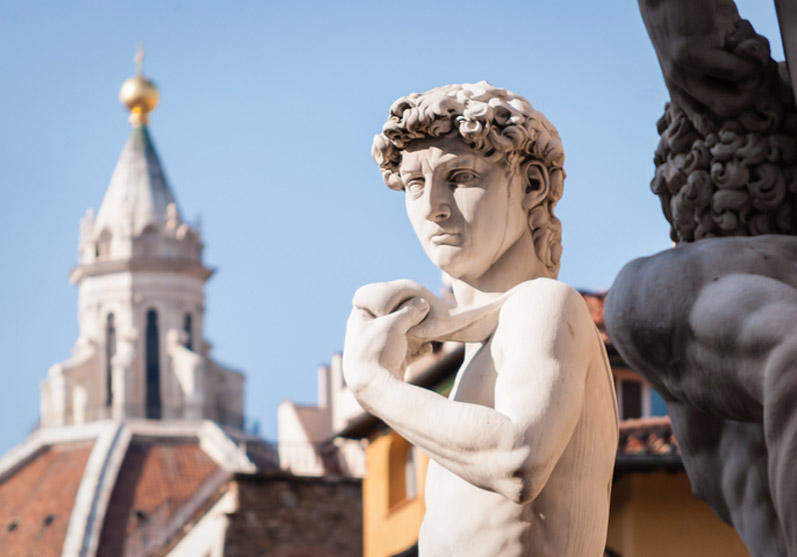 You’ll find Michelangelo’s five-metre-tall marble statue of David in the Galleria dell’Accademia, while the Uffizi Gallery houses a wealth of priceless art, much of which came from the personal collection of the Medici family.

The Bargello features an extensive collection of Renaissance and Gothic sculptures, ceramics, tapestries, and Donatello’s lesser-known sculpture of David. 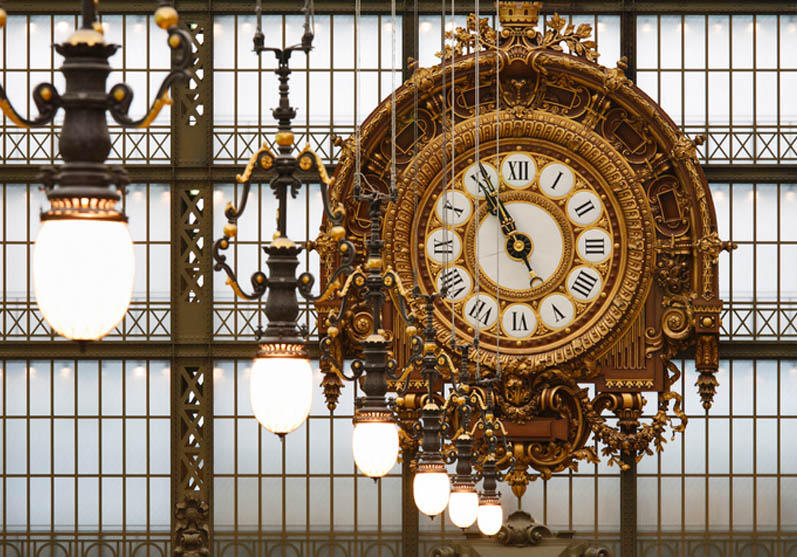 The world’s largest and most visited art museum, The Louvre contains tens of thousands of art pieces and artefacts.

At one time a 12th century fortress which was built to fend off the English, the museum is now famous for holding Leonardo da Vinci’s Mona Lisa.

Musée d’Orsay was a former railway station that is now a museum that displays many masterpieces from Impressionist and post-Impressionist painters like Renoir, Monet, and Van Gogh. Browse Claude Monet’s Water Lilies murals by paying a visit to Musée de l’Orangerie.

If sculptures are more your type of art, head over to the Musée Rodin where you’ll find well-known masterpieces like The Thinker and The Gates of Hell which were created by French sculptor Auguste Rodin.

The Musée national du Moyen Âge on the other hand offers up the beautiful collection of tapestries known as The Lady and the Unicorn, often referred to as one of the finest examples of art representing the Middle Ages. 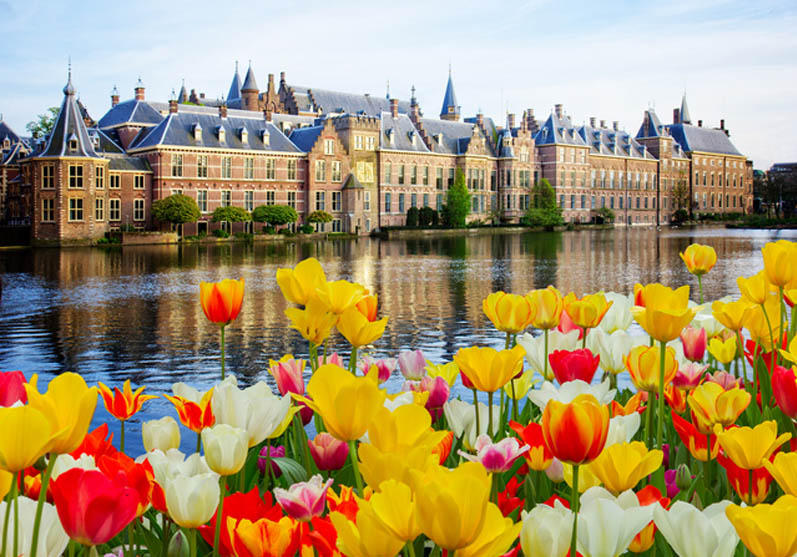 Amsterdam’s Rijksmuseum is famous for its collection of paintings by Rembrandt and Johannes Vermeer, displaying Rembrandt’s famous The Night Watch.

The Hermitage Amsterdam displays a rotating selection of priceless art that is chosen and shipped over by Russia’s Hermitage Museum, the world’s second largest art museum which contains the largest collection of paintings found anywhere in the world.

Learn about the fascinating and tortured life of Vincent van Gogh and see many of his greatest paintings at the Van Gogh Museum. The museum houses the largest collection of Van Gogh’s paintings including self portraits and his famous Sunflowers.

Less than an hour drive from the city is The Hague, a city which offers up the Mauritshuis Art Museum. Here you’ll find a large collection of Dutch Golden Age paintings which include Johannes Vermeer’s iconic oil painting Girl with a Pearl Earring. 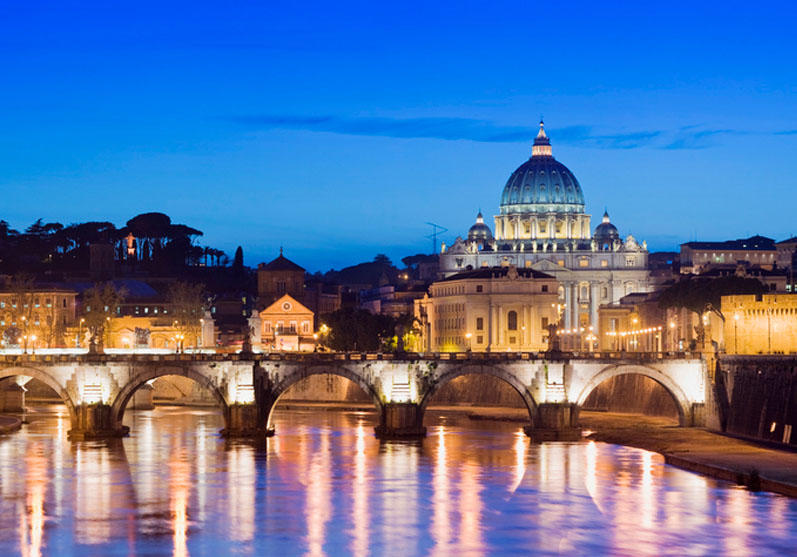 The Vatican City displays what 05/be the most captivating artistic masterpiece in history.

Of course we’re talking about Michelangelo’s Sistine Chapel. The frescoed ceiling depicts scenes from the book of Genesis. Vatican City also displays a massive collection of paintings and sculptures that have been collected by various popes throughout the centuries.

Lovers of Rafael’s work can check out the Stanze di Raffaello in the Palace of the Vatican as well as the painter’s famous Transfiguration in the Pinacoteca Vaticana. This would be Rafael’s final painting.

Head inside St Peter’s Basilica for more art, including Bernini’s The Vision of Constantine sculpture and numerous mosaics which include a mosaic recreation of Rafael’s Transfiguration. It is Pope Julius II we have to thank for the Vatican Museums, as they were founded by him during the 16th century. 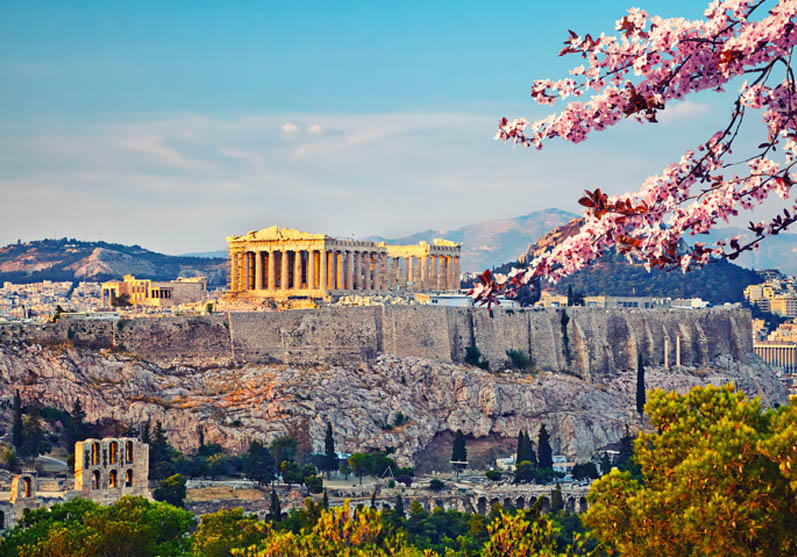 If you like your art a bit more ancient, you won’t find a much better city than Athens since it’s one of the world’s oldest cities.

Art museums here offer rediscovered art that date back centuries, making them just as much ancient artefacts as pieces of historic art. Visit the Acropolis Museum to browse marble statues that were uncovered at the archaeological site of the Acropolis.

The Museum of Cycladic Art features art from the Bronze Age Cycladic culture which has gone on to inspire numerous 20th century artists. The museum also displays an ancient Greek art collection as well as Cypriot antiquities which include artworks made of clay, bronze, silver, gold, and stone.

This museum features Islamic art dating back to the 7th century from regions like Persia, Mesopotamia, Egypt, Arabia, and India. Lastly, find a wealth of Byzantine Art within the city’s Byzantine and Christian Museum.