Most beautiful lookouts in the world

Where can you feel so small yet at the same time feel on top of the world? A lookout, of course!

Whether you’re taking in all the landmarks of city in one glance or overlooking a natural wonder that seems to go on forever, lookouts are a great way to really appreciate many of the world’s most notable locations.

Get ready to tame your fear of heights as we take you to some of the world’s most beautiful lookouts which aren’t your average short-stop pull-offs on the side of the road.

From the world’s tallest skyscrapers to towering mountain summits, these lookouts will give you a unique birds-eye view of some truly remarkable places.

While a good lookout can provide you with the opportunity to see wide and far, it’s impossible to foresee all the potential travel disruptions that 05/come your way. 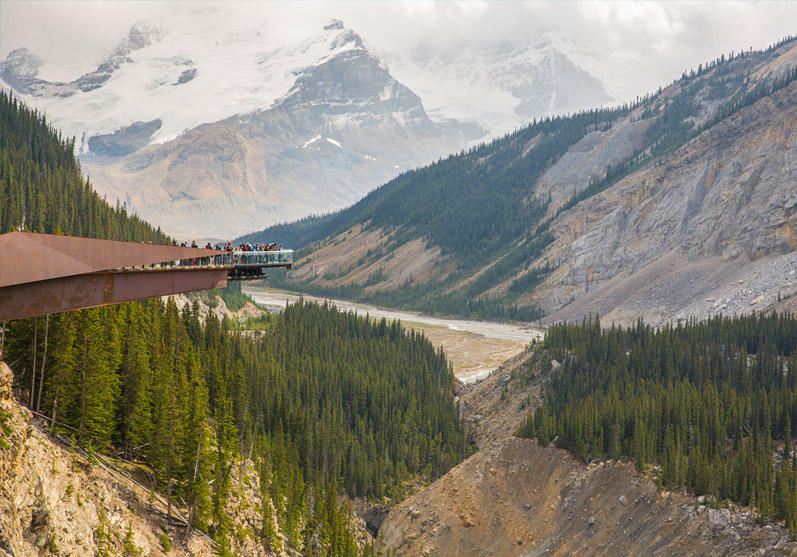 The Rocky Mountains’ largest ice field is the Columbia Icefield which lies partially in both Banff National Park and Jasper National Park.

An exceptional way to see the natural beauty of the area is to step out on the kilometre-long Columbia Icefield Skywalk that overlooks the Sunwapta Valley.

Open from 04/to 10/each year, a walkway leads to a glass-bottomed platform that will have you staring down nearly 300 metres to the valley below.

Despite being called the Columbia Icefield Skywalk, don’t expect to see much of the glaciers, as they are quite distant from the platform.

However, the onsite Discovery Centre does offer tours to the Athabasca Glacier via giant Ice Explorer buses. You can also opt for the Stuttfield Glacier lookout not far away which does offer glacier views and won’t cost you anything, unlike access to the Columbia Icefield Skywalk. 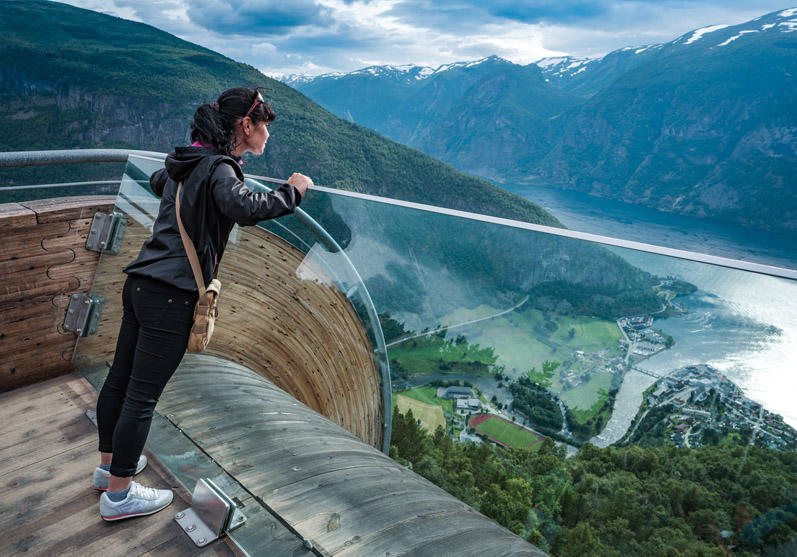 Those wanting to capture incredible albeit somewhat scary views over a beautiful Norwegian fjord need look no further than the Stegastein Viewing Platform.

Located just outside the Norwegian village of Flåm, Stegastein has also become known as the Aurland Lookout as it looks out over the stunning Aurland fjord.

The unique shape of the viewing platform somewhat resembles a ski-jump and actually does just drop off at the end. Thankfully there is a pane of glass that prevents you from falling off the edge and falling 650 metres.

The 30-metere-long platform features beautiful laminated pine and offers an elevated view over Norway that no Norwegian cruise could offer. 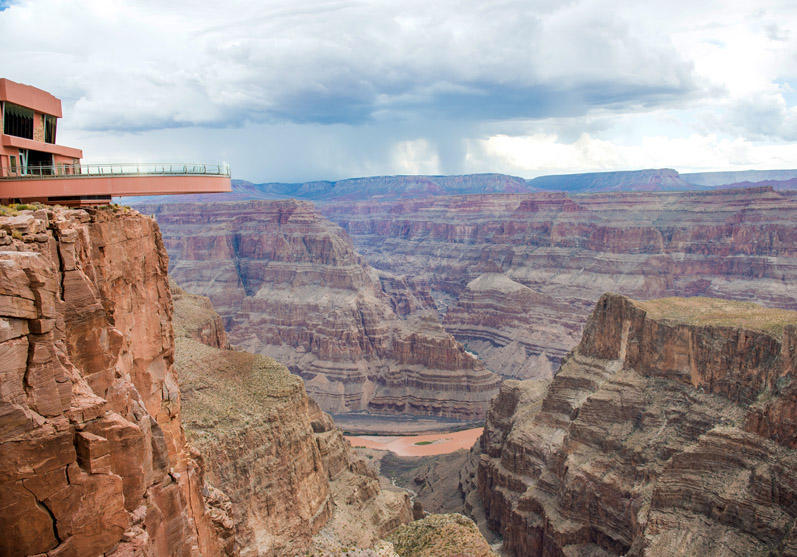 A great day-trip from Las Vegas is Grand Canyon West.

The Skywalk and lookout are located on the Hualapai Indian Reservation which offers many cultural experiences in addition to the walkway. The terrifying glass-bottom panels of the Skywalk that are beneath your feet force you to stare 1,200 metres to the floor of the canyon below.

Thankfully the bridge is believed to be strong enough to support up to seventy 747 jets filled with passengers, so safety isn’t much of an issue.

You’ll want to be sure to really be present in the moment though, since no personal cameras or cell phones are allowed on the walkway. The experience also doesn’t come cheap and involves taking a shuttle bus. 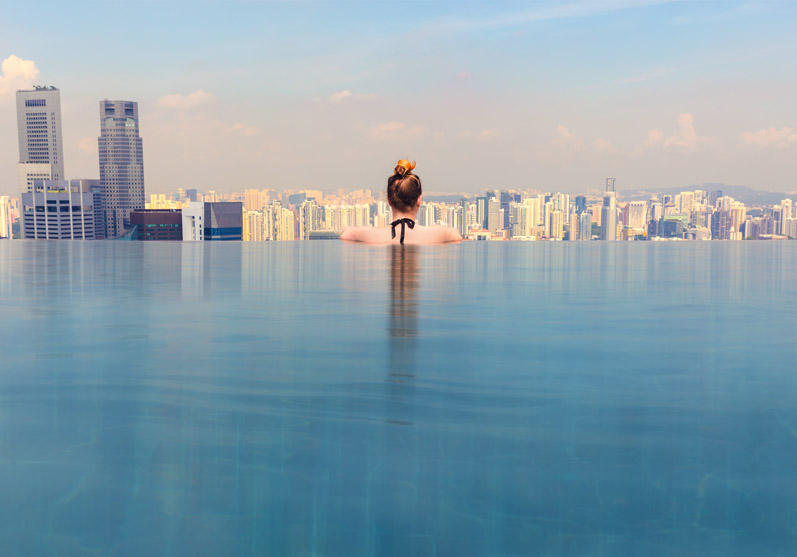 You don’t need to be a hotel guest to gain access to some of Singapore’s grandest views. Simply purchase a SkyPark pass and head up the hotel lift 57 stories to where the 1.2-hectare SkyPark and observation deck is located.

The 360-degree views allow you to spot most of Singapore’s major landmarks including the Merlion statue, lotus flower-shaped ArtScience Museum, and beautiful Gardens by the Bay.

Benefit from catching a sunset during an evening visit or enjoy the view from the world’s largest rooftop infinity pool if you’re lucky enough to be staying as a hotel guest. 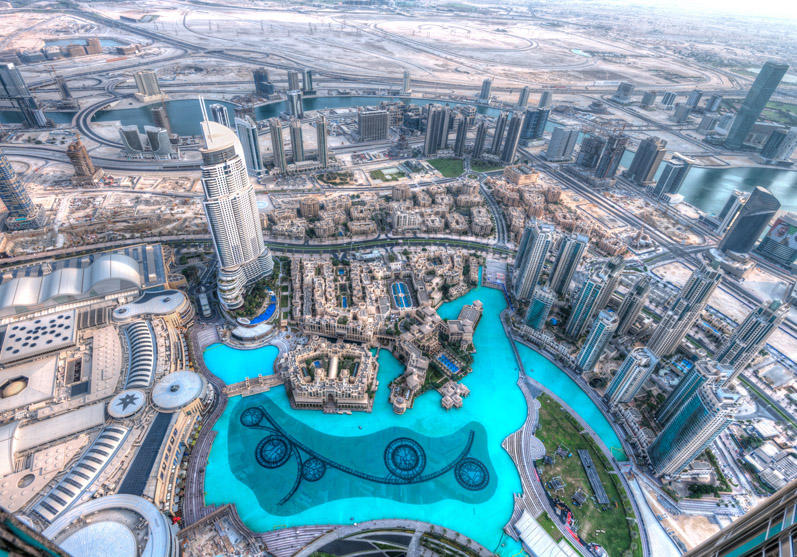 Burj Khalifa’s At the Top, Dubai

When your city is situated in the desert roughly at sea level, you can’t count on Mother Nature alone to offer a grand lookout.

While you can’t gain access to the top of the 830-metre building, you will find observation decks on the 124th, 125th, and 148th floors. The lookouts of the lower floors are commonly known as “At the Top” while the upper floor is known as “At the Top Sky level”.

The Sky level observation deck sits roughly at 555 metres in the air and on a good day provides views all the way to Iran in addition to most of Dubai’s landmarks.

Ride the world’s fastest elevators and check out some high-tech telescopes that allow you to see the landscape in different filters. 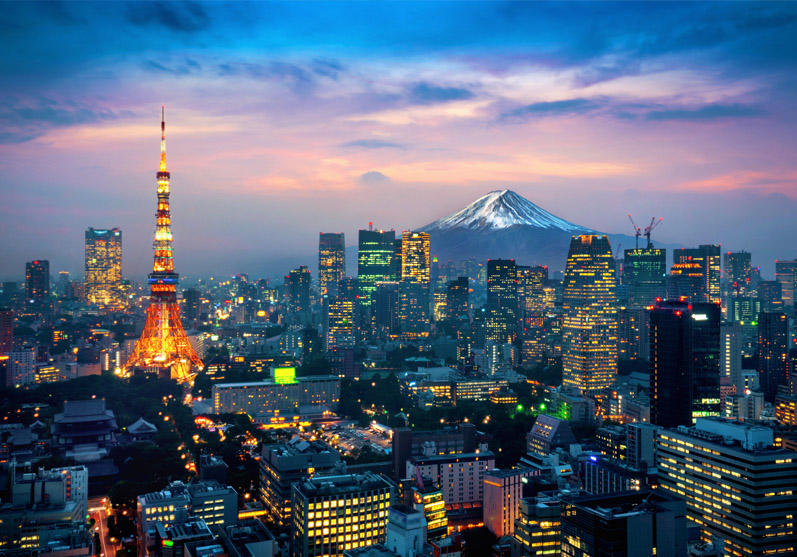 Ever wonder what it would feel like to look out over roughly 40 million people?

Check out the two lookouts offered by Japan’s Tokyo Skytree to experience the world’s largest city from 450 metres in the air.

This television broadcasting tower is currently the world’s largest tower and the tallest structure in Japan. There are two observation decks to capture incredible views from, one located at 350 metres high and the other at 450 metres.

Known as Tembo Deck and Tembo Galleria, both enclosed observation decks offer giant windows that on a good day 05/allow you to see all the way to Mt. Fuji. The higher lookout offers an exciting sloping glass tube that takes you up five floors.