With a human history that dates back over 200,000 years, Africa is a treasure trove of some of the world’s most important historical sites.

From the earliest humans to the Egyptians, the continent contains many of mankind’s earliest structures, tools, and cultures. Look beyond just the wildlife-rich plains to discover a land with many stories to tell and secrets to reveal. Explore archaeological wonders and learn about historical figures like Nelson Mandela who would forever change the world.

We’ve dug up some of Africa’s top historical destinations to help bring out that Indiana Jones or Lara Croft inside you. While you cannot be guaranteed to uncover any new treasure or lost civilisations, you can easily protect the riches and wealth you currently have by purchasing travel insurance before your next African adventure. You can click here to get a quote. 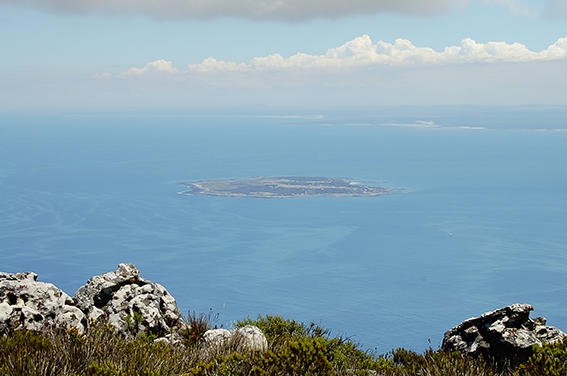 No trip to Cape Town would be complete without visiting Robben Island. Ferries run to the island from Cape Town’s Victoria & Alfred Waterfront where you can tour the prison that once held Nelson Mandela, the former Nobel Peace Prize winning South African president. Learn the dark history of the island from the time it was used by the Dutch to lock up political prisoners from the Dutch East Indies to the period of the Apartheid that saw Mandela imprisoned on the island. After hundreds of years as a prison, the island is now a historical museum that allows visitors to relive the history and hopefully not repeat its atrocities. Visit Mandela’s cell and hear the countless stories of other individuals that suffered on the island. Two other inmates held on the island would go on to become South African President’s as well. 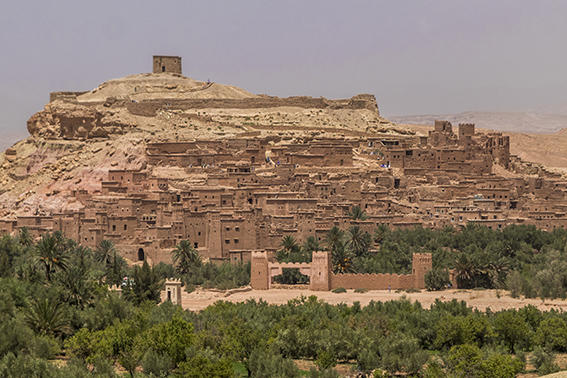 Travel through the Atlas Mountains to discover historical Islamic architecture. Along an old caravan route that leads from Marrakesh to the Sahara Desert, there are a number of incredible sites. While most take time to visit the stunning UNESCO listed Kasbahs of Aït Benhaddou, few make it to Telouet Kasbah. This truly off the beaten path site showcases the history of Thami El Glaoui, who was one of Morocco’s wealthiest men that held lavish parties, much like the fictional Great Gatsby. El Glaoui once held immense political power but would lose everything when he was deemed a traitor for trying to overthrow Sultan Mohammed V. Much of the site is left in ruins, but this only adds to its intrigue. 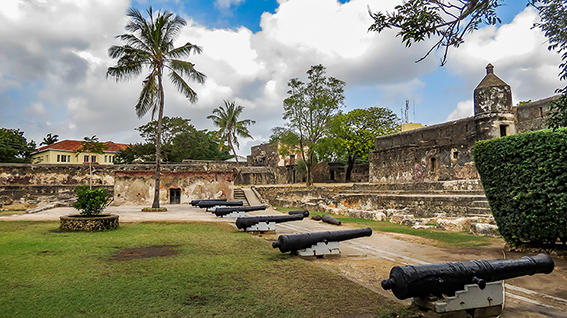 Located in Mombasa, Kenya’s oldest city, the Portuguese built the 16th century Fort Jesus. Mombasa is near the popular Diani Beach, famous for its white sand, beach recreation, and wildlife-rich reserves overlooking the Indian Ocean. It is this ocean that the Portuguese looked to control the trade routes. It would become the first successful attempt by Western civilization to rule the trade routes of the Indian Ocean. Fort Jesus was strategically placed in its location so as the Portuguese could see incoming ships. It is here where the East African Slave Trade would tragically take place, where many would end up dying from hunger, torture, and disease. The fort’s structures showcase Portuguese, Omani Arab, and British influences since each group would control it for a period of time. The extremely well preserved Portuguese military fortification is now classified as a national park and frequented by visitors looking to learn about its long history. When viewed from above, the fort is shaped to look like a man. 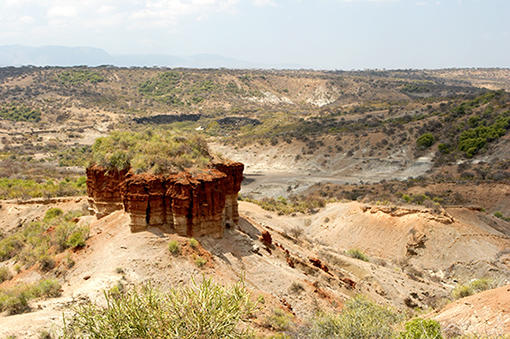 Located in the Great Rift Valley, between the Ngorongoro Crater and Serengeti National Park is a place where you can set foot in the same location where our earliest ancestors were just evolving to walk upright. You can easily visit this important paleontological site where early hominid fossils and numerous stone tools have been uncovered. Learn about the site in full detail by visiting the exhibits of the newly constructed museum which showcases the many early hominids discovered here. You can also visit the campsite of Louis and Mary Leakey, the paleoanthropologist team that worked here and convinced the world that humans first evolved in Africa. 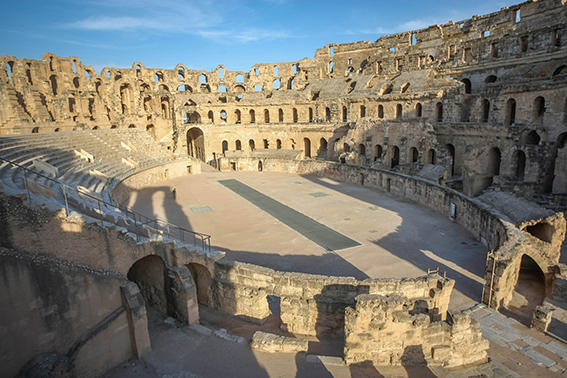 Did you know you can find ancient Roman ruins similar to the famous Coliseum right in Africa? Tunisia in fact home to one of the best preserved Roman stone ruins in the world, the Amphitheatre of El Jem.  The 3rd century amphitheatre sees very little tourism compared to Rome, and visiting the Amphitheatre of El Jem won’t involve long lines, restrictions, or high ticket prices. The history of gladiators and chariot races comes alive as you wander through the centre of the arena and underground passageways. Be sure to visit the nearby archaeological museum to see ancient sculptures, mosaics, and a restored Roman villa. 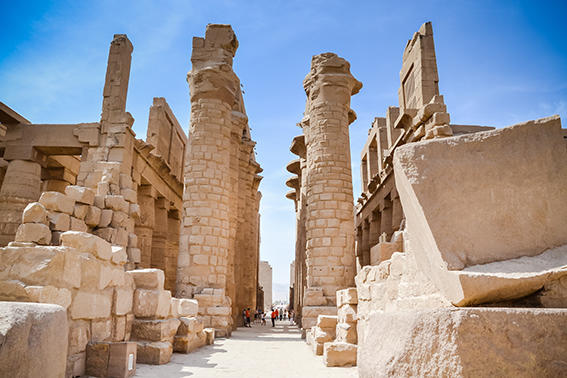 While everyone heading to Egypt no doubt has the pyramids on their mind, the Egyptian temples of Luxor are equally as impressive. Located on and around the site of the ancient city of Thebes, this open air museum offers up both Luxor Temple and Karnak Temple. Several museums house countless Egyptian artefacts that date back beyond 3,000 BC. Visit the Mummification Museum to learn how they readied their deceased pharaohs for the afterlife. Incredible sites can be found on both sides of the Nile River, with the Valley of the Kings and Queens to the west and the famous temple complexes to the east. Surround yourself with sphinxes and giant pillars covered in hieroglyphics, setting foot in the land once ruled by Tutankhamen and Nefertiti.