Every 05/23, the world comes together to celebrate the world’s turtles and tortoises. Here’s what you can do to get involved.

These loveable animals have existed for hundreds of millions of years, but in just a short span, we humans have pushed many of the roughly 350 species to the brink of extinction. The non-profit organisation American Tortoise Rescue created World Turtle Day to help bring awareness to the illegal pet trade in turtles as well as the need to protect the natural habitats of turtles around the world.

Some cultures once believed the world was built on the back of a turtle and although this is obviously not true, our planet’s turtle species do play a vital role in keeping our natural ecosystems healthy.

Take a moment this World Turtle Day to do your part in helping to save our beloved turtles. From graceful underwater sea turtles to the giant Galapagos tortoises, many of our endangered turtles need our help and there are many simple things you can do to make a difference.

Let us look at just some of the ways you can help out this World Turtle Day. 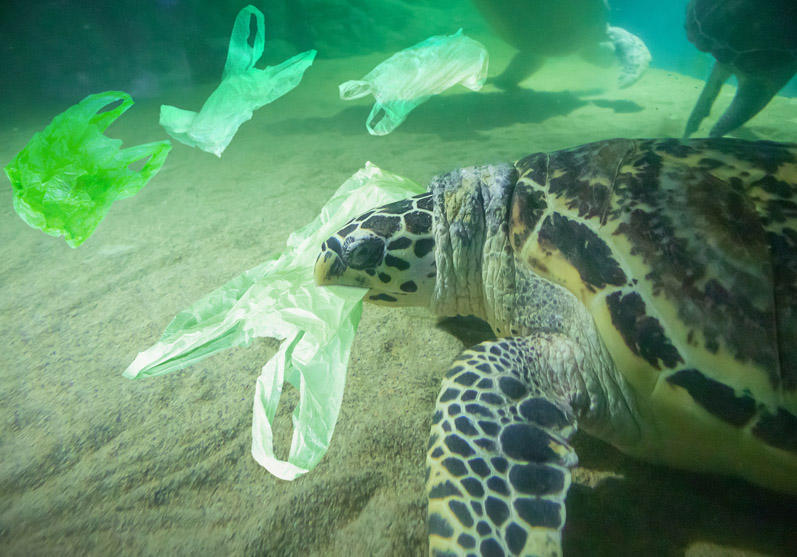 Keep our beaches clean and reduce your use of plastics

All of the world’s sea turtle species are sadly endangered or vulnerable of extinction.

We depend on sea turtles for a lot of the seafood that we harvest from the seas, as sea turtles are one of the few animals that graze on underwater sea grass. Their grazing allows the sea grass beds to remain healthy, allowing other sea life to thrive.

It is no surprise that our oceans are now inundated with deadly plastics, much of which ends up in the stomachs of animals such as whales and sea turtles. Let World Turtle Day be another reminder of why we need to keep our beaches clean.

Do not leave plastic water bottles, balloons, fishing line that can entangle sea turtles, or plastic bags on the beach. If you see any trash during a swim or walk along the beach, make an effort to pick up and dispose of it properly.

In addition to keeping plastics off our beaches, remember to fill in any holes made by children digging or umbrellas poles. Both holes in the beach as well as large sandcastles can become obstacles that make it difficult for sea turtles when they come ashore to nest. 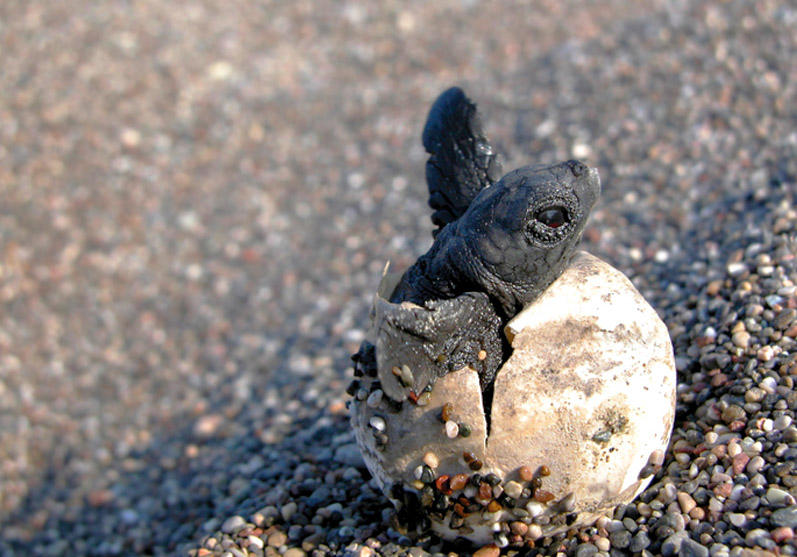 Turn out the lights

If you happen to live on the beach or are staying at a beach hotel where sea turtles have been known to nest, make an effort to turn out non-essential lights that are visible from the beach during the nesting season.

Sea turtle hatchlings use the moon’s light to direct them to the safety of the sea, and lights from buildings can end up disorienting them and make them crawl in the wrong direction. Adult female turtles can be deterred from coming ashore to nest if there are a lot of harsh artificial lights.

During nesting season, keep the blinds closed and turn off outdoor lights as much as possible. Should you come across a female sea turtle laying eggs, keep your distance and avoid making a lot of noise.

Be mindful of sea turtle nesting sites which are often roped off by conservation groups or park rangers around the world. You 05/even want to report a new nest site so it can be protected. 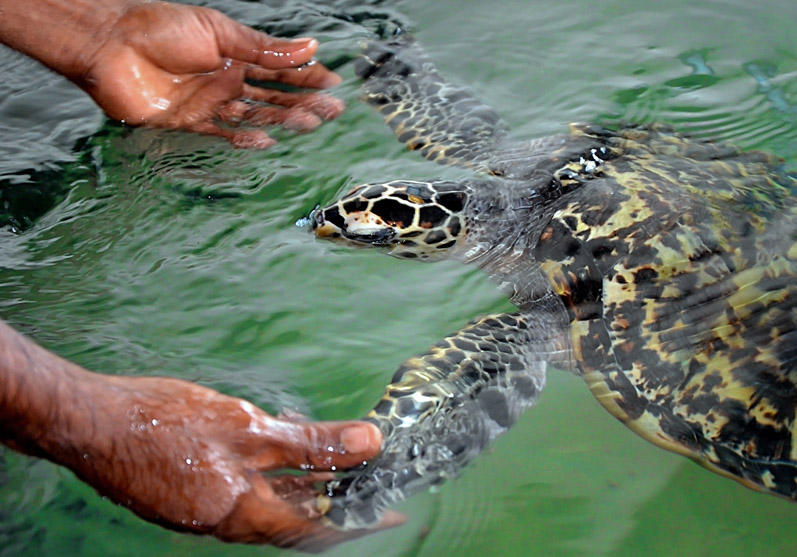 Many countries have turtle sanctuaries that help to breed or rehabilitate local native turtles.

Many offer experiences such as watching baby turtles emerge from their eggs or up close observation of critically endangered species. Proceeds collected from these experiences most often go back into turtle conservation.

You will find sea turtle rescue centres in countries like Greece, Costa Rica, and Sri Lanka. You can spot the world’s largest tortoise by visiting places like the Charles Darwin Research Station or the Galapaguera Cerro Colorado in the Galapagos Islands.

Here in Australia, you can visit Fitzroy Island’s Cairns Turtle Rehabilitation Centre, which rehabilitates six of the world’s seven sea turtle species that can be found in the Great Barrier Reef.

If you do end up travelling this World Turtle Day, just remember to also protect yourself with comprehensive travel insurance which can help you out financially should you require any rehabilitation yourself from any travel injuries or illnesses. 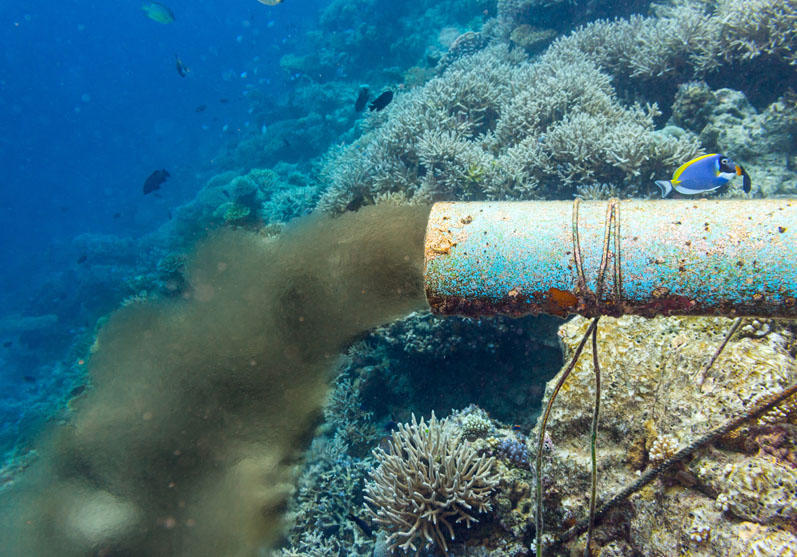 Reduce your use of chemicals

Chemicals and pesticides that we use on our lawns can make their way into freshwater rivers and lakes as well as our coastal waters.

These can severely harm the habitats that our turtles depend on to survive. When washing your car or trying to keep your lawn green, make an effort to seek out natural biodegradable products.

Even many of the sunscreens out there can end up polluting our waters and damaging our reefs. While it 05/protect us from cancer, around 15,000 tons of sunscreen ends up in fragile reefs every year. Seek out sunscreen that is labelled as safe for reefs and ones that do not contain oxybenzone or octinoxate.

These chemicals are thought to cause coral bleaching and several places such as Hawaai and Palau have banned the sale of sunscreens containing the chemicals. 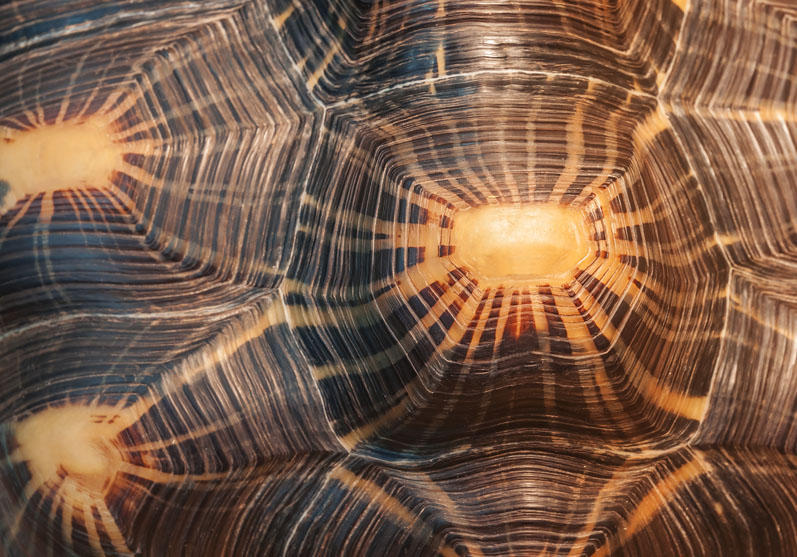 Many turtle species around the world are still poached for their meat or shells. Avoid purchasing jewellery or other products made from the shells of Hawksbill sea turtles.

Turtle products are often sold illegally in foreign shops and apart from being illegal to own, they will most likely be confiscated if you try to bring them back into Australia.

Although these items 05/be beautiful, purchasing them simply encourages more killing. Don’t order turtle soup in exotic restaurants, as this is what led to the decline of many turtle species around the world. 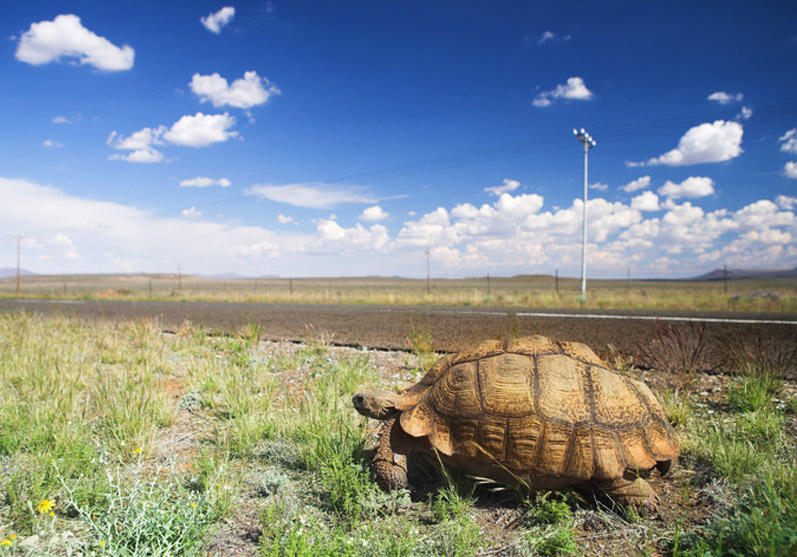 If you come across baby turtles being sold in pet stores, report it.

In many countries such as the United States, it is illegal to sell turtles or tortoises that are less than four inches in length. If you notice any endangered turtle species being sold, this is probably not legal either.

If you see anyone tampering with sea turtle nests or getting too close to sea turtles that have come onshore, report this to your hotel if travelling. Your hotel can contact the appropriate authorities.

Never remove a turtle from the wild and report sick or injured turtles you come across. If you encounter a turtle attempting to cross the road, help it out by bringing it to safety if and only if it is safe for you to do so. 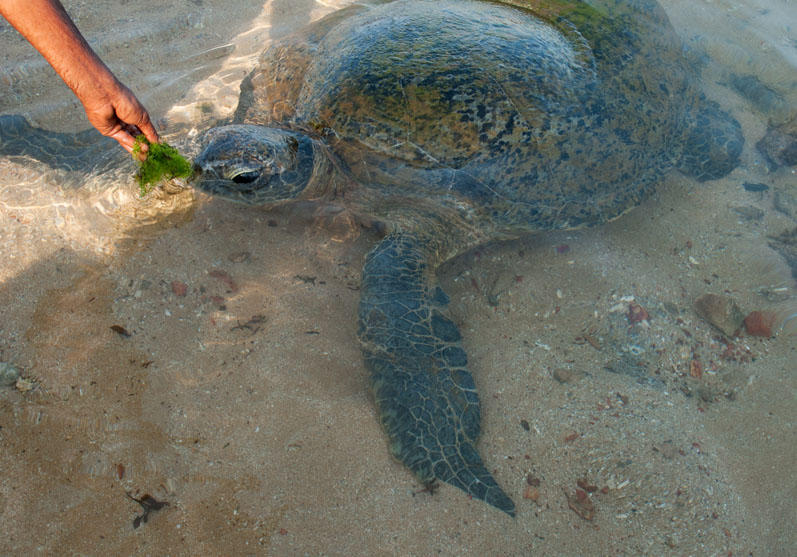 Another great way you can truly make a difference this World Turtle Day is to donate your time or any spare any change you 05/have to recognised turtle conservation organisations.

You will find volunteer opportunities in Western Australia with programs like the Ningaloo Turtle Program which recruits volunteers every summer to monitor beaches for sea turtle activity.

You can also check to see if any local wildlife refuges or parks are looking for volunteers to help with habitat restoration projects that 05/help out local turtles.