These Common Travel Fails Prove the Importance of Having Insurance

We’ve all encountered travel mishaps on the road; either the airline losing your luggage, or a nasty case of food poisoning, or you’re stuck in a foreign country because your passport has been stolen.

There’s nothing worse than being hit with a travel fail when you’re trying to enjoy your holiday, but they do happen, and it’s important to remember that we’re not always untouchable when traveling abroad.

It’s very easy to think that we’re invincible, and Bali Belly will never happen to you! We have created stories below and although these stories were not sourced from real customers; they are based on real life scenarios that happen to Australian travellers every day.

We have created them to highlight the importance of always traveling with insurance, because you may need it for a diverse range of travel fails”.. 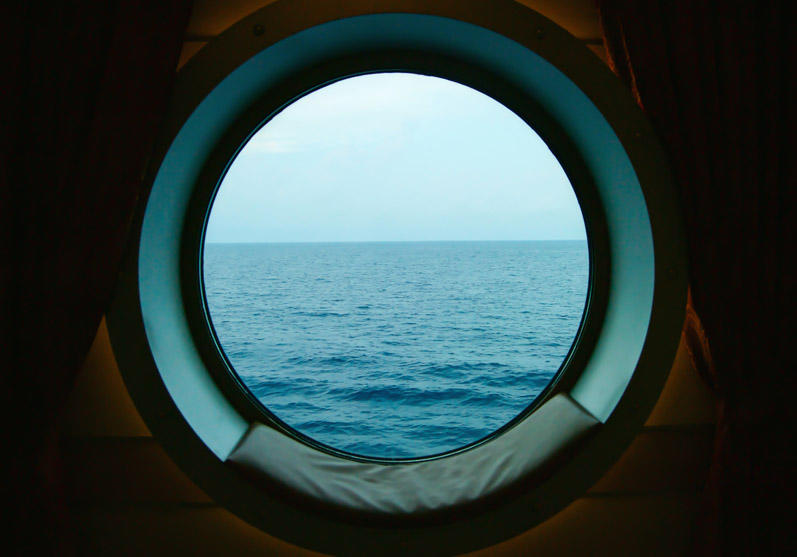 “Last time I’ll ever fess up to being sick on a cruise. After seeing the cruise nurse for what I thought was sea sickness, and then being told I had the flu, I ended up in quarantine, and wasn’t allowed to leave my cabin for essentially the whole 7 day cruise.

While my mates were out island hopping across Noumea, Fiji, and Vanuatu, I was watching movies on repeat, and squinting out at the scenery from a port sized circular window – I could have at least been confined to a balcony room! My mates were good enough to bring down buffet food, though weren’t super keen on keeping me company in my germ infested room. Zero refund from the cruise company, though at least travel insurance kicked in – who knew cabin confinement was even a thing!” – Jasper Thomas

We hear about outbreaks of gastrointestinal illnesses on cruise ships a lot in the news, and should an outbreak occur on your cruise, it is likely that you’ll be quarantined to your cabin to prevent the illness spreading to other passengers. It’s not an ideal situation, but norovirus spreads quickly in enclosed spaces like a cruise, where large numbers of people are touching the same hand railings, eating from the same buffet, and using the same bathrooms, so it’s a necessary precaution. The best way to avoid sickness on a cruise is good hygiene – wash your hands before eating, and travel with a bottle of hand sanitizer for use after you have touched public spaces like handrails, door handles, or elevator buttons.

If you are confined to your cabin for medical reasons as advised by a ship medical officer, Cruise policies will pay up to $75 for every 24 hours a passenger is confined up to the defined amount outlined in table of benefits in our Silver and Gold cruise policies. 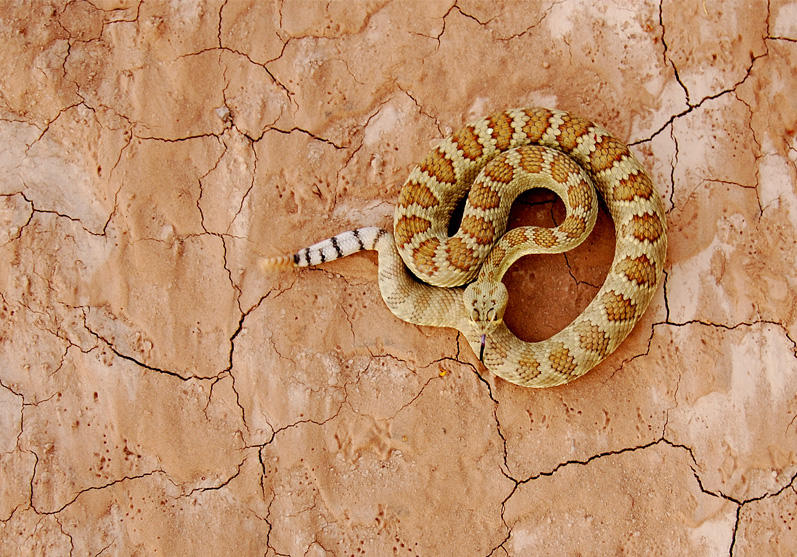 Casey got bitten by a snake in Arizona

“It was THE scariest thing – we were out hiking up Camelback Mountain, which is a pretty popular hiking spot in Phoenix (like everybody does it, locals jog there in the morning kind of thing) – And I was really enjoying my hike. Then all of a sudden I got bitten just under my knee by something that felt like a bee sting. My friends were freaking out because they’d seen me step on it – it was a massive rattlesnake, but it had been so well camouflaged that I just didn’t see it.

It happens so fast that you just go into shock, and don’t really believe that something that serious has actually happened. There wasn’t any real pain or swelling, and I wasn’t throwing up or dizzy or anything, so I would have been happy to keep on hiking, but I guess I got really lucky – by the time we got to the hospital they told me it was a dry bite which meant the snake hadn’t actually injected any venom. That said, the puncture wound was still pretty impressive.

You wouldn’t believe how much money an emergency ambulance and being in hospital in the US would have cost me – and then supposedly if I had actually needed antivenom that alone would have been $14,000 USD!!! There is no way I would have afforded that without insurance to cover me.” – Casey Avery

Medical care in the United States is among the most expensive in the world, and when it comes to treating snakebite, the costs of being treated can leave you with a debt into the hundreds of thousands. Kaiser Health News recently reported on a 9 year old whose parents were sent an outrageous $142,938 bill for an air ambulance and four vials of antivenom. If you become ill or injured while overseas, medical insurance can pay for some or all of the costs that accumulate when you receive medical treatment. 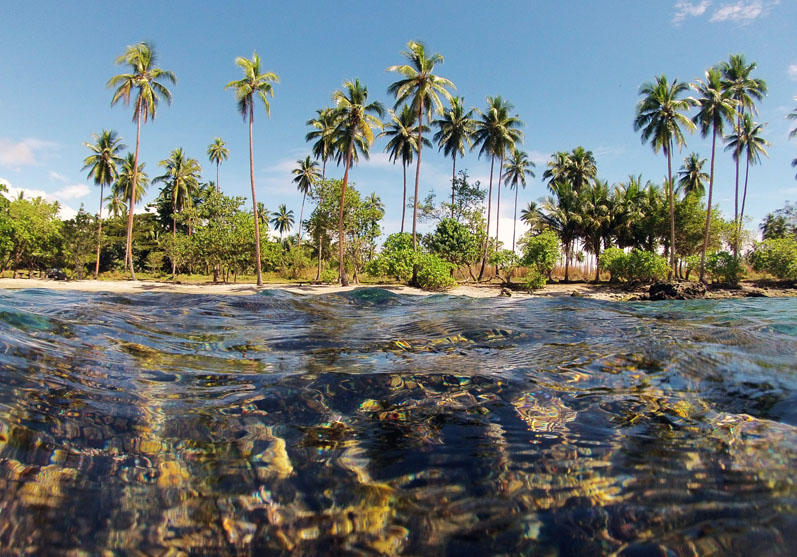 Thea got stuck in the Solomon Islands for 5 days, without insurance

“I actually didn’t have travel insurance, which sucked massively, though fortunately I managed to bunk down in a hotel room with a friend who was covered so I didn’t have to pay out of pocket.

We had just spent 9 days in the Solomons, which was epic – it’s such a beautiful country – but our flight home got cancelled due to weather. Fine – you usually just have to sit in the airport until it gets rescheduled, though flights from the Solomons only fly out on Tuesdays and Thursdays. We were supposed to fly out on a Thursday, and our cancelled flight meant that the next one wasn’t until 5 days later. While the airline rebooked us onto the Tuesday flight, we had to scramble for what to do and where to stay for another 5 days; not overly terrible being stuck on a tropical island, but when you haven’t budgeted for it, 5 days of food and accommodation puts a massive hole in your pocket. I had to do some serious grovelling to be able to share a room with my best friend and her boyfriend, and won’t be traveling without insurance ever again! I don’t think the boyfriend appreciated my third-wheel presence.” – Thea Lee-Smith

According to Flightstats.com, 7,400 + flights are cancelled every week around the globe, for reasons that vary from inclement weather, to security, mechanical issues, and even missing crew. The good news, though, is that you can potentially get some money back from your travel insurance. The funds can go towards essential items caused due to the delay, such as meals or toiletries you’ve had to buy because you’re stuck at the airport or even something like transit accommodation. 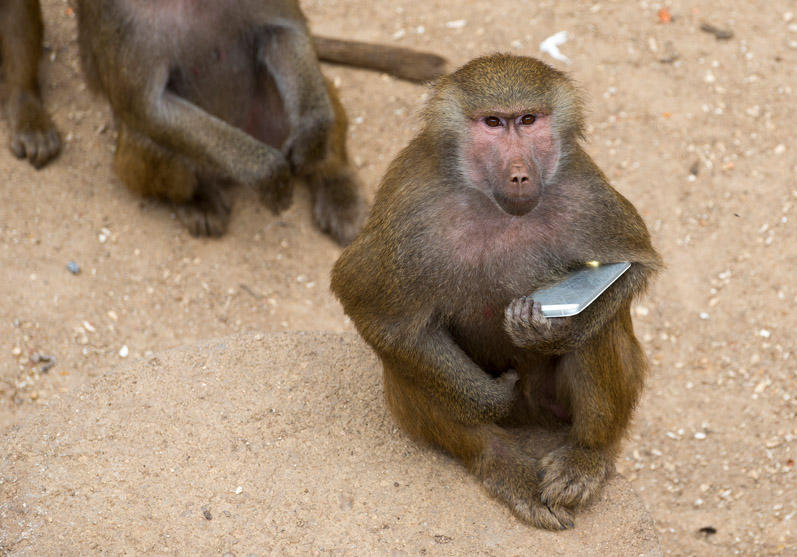 “A monkey stole my mobile phone”

“Legit – I’m not even kidding. I was in Hau Hin in Thailand and a monkey stole my mobile phone. It was locked in my hotel room, but he broke in through the window, went through my stuff, and ran off with my phone!! It sounds like the beginning of a Hangover movie, but the room was absolutely ransacked – I had heard of monkeys snatching glasses and money off people, and ripping out people’s jewellery, but had never heard of them breaking into hotel rooms!

“I ended up having to spend a whole day filing a police report, changing my passwords, and organizing a new number. At least insurance covered the cost of the replacement. I would say that it did really help at least having had a backup of my contacts” – Amy Wilson

According to the Australian Mobile Telecommunications Association (AMTA), 100,000 Australian mobile phones are lost or stolen every year. InsureandGo will pay up to the amount shown in the table of benefits for the cost of replacing your personal belongings if lost, stolen or damaged during your trip. Even by monkeys! We pay for items owned (not rented), though in the case of mobile phones, please see the table of benefits for the sub limits which, dependent on the level of cover you have selected, may apply. To successfully claim for a stolen mobile phone, you will need to supply the IMEI (International Mobile Equipment Identity), and block the IMEI number (by Australian telecommunication providers) of the stolen or lost mobile phone device and make sure for stolen items you will need to immediately report it to the overseas police.